As long as I remember I always wanted to visit Bohemian Switzerland. The first I moved to the Czech Republic, I knew I will be at the Pravcicka Sandstone Gate someday. It took me a while to get there. It was always too far away, too cold or the season was not right. But finally, after four years my husband and I decided to take a chance and pay a visit to unknown.

It’s more than 300 kilometers from Brno in total and a bit more than a 100 kilometers from Prague. First we took the D1 highway in directions to Prague, then we followed D8 highway. It seemed like it was not finished between Lovosice and Teplice, so we were directed to north east to Usti nad Labem, Decin and to our final destination Mezna after 4 and a half hours. The moment we crossed Lovosice I knew our next four days will be full of adventure and I couldn’t be more right.

I planned the whole trip meticulously. My plan seemed perfect, but as it came to real life, I have to make small adjustments. Instead of hiking to Belveder observation platform as I wanted in the first place, we went to “sightsee” Hrensko only. I used the quotation marks, because Hrensko on its own is so small you can barely call visiting it a sightseeing. One main street separated by Kamenica River filled with Vietnamese selling cheap cigarettes and clothes. We hardly found a grocery shop among booths with cheap counterfeit of brands such as Adidas, Jack Wolfskin or GAP. It’s better to bring food supply with you or buy everything in Decin. Also remember to withdraw money from ATM as it’s pretty impossible you can do that in Hrensko and that you’ll find a restaurant where you can pay for meal by card.

There’s one more thing I will never forget about Hrensko, rude service in restaurants. Never in my life have I been treated in such a bad manners by a waiter. I can only hope we happened to be in a wrong place at a wrong time and not everyone visiting the gateway to Bohemian Switzerland National Park would be discouraged like we were.

Room prices, no matter how far from the National Park, started with 400 kc per night per person, so the closer we were the better. We stayed in Mezna, which is 6 kilometers away from Hrensko. There’re several lodging houses and hotels to choose from, each equipped with restaurant serving home-made food. Mezna was not only peaceful and soothing place, it’s also a perfect starting point for our journeys or a gateway to Kamenice River. I may say, it’s just behind the corner, as the 1,5 km distance covered on green trail led us you directly to Edmund’s Gorge. I was completely speechless when I saw tall cliff walls covered with moss, extremely green forest and see-through clean water. It’s like a natural phenomenon, environment not destroyed and not polluted by mankind, but at the same time more than one hundred tourists visit Bohemian Switzerland every year.

The main attraction of the day was the ferryboat cruise. Full of funny comments, guided by an experienced ferryman using self-made long pole to steer the boat, voyage took us only 20 minutes to get to Hrensko. I think everyone on the boat, no matter how old, moody or exhausted was, enjoyed the cruise.

The ferryboat cruises from April to November, this year until November, 2nd. Between April and October from 9 a.m.to 6 p.m. and between October and November from 9 a.m. to 5 p.m. every ten to thirty minutes. 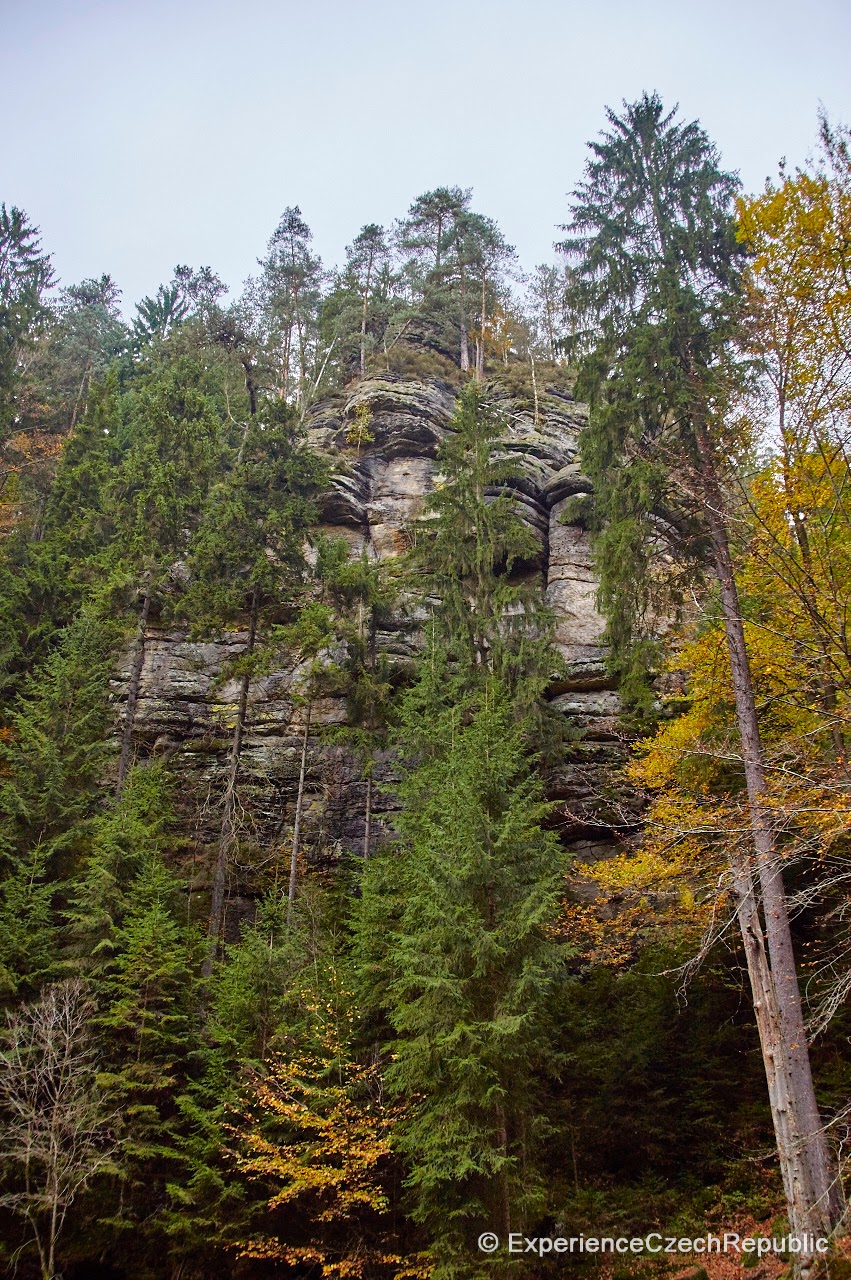 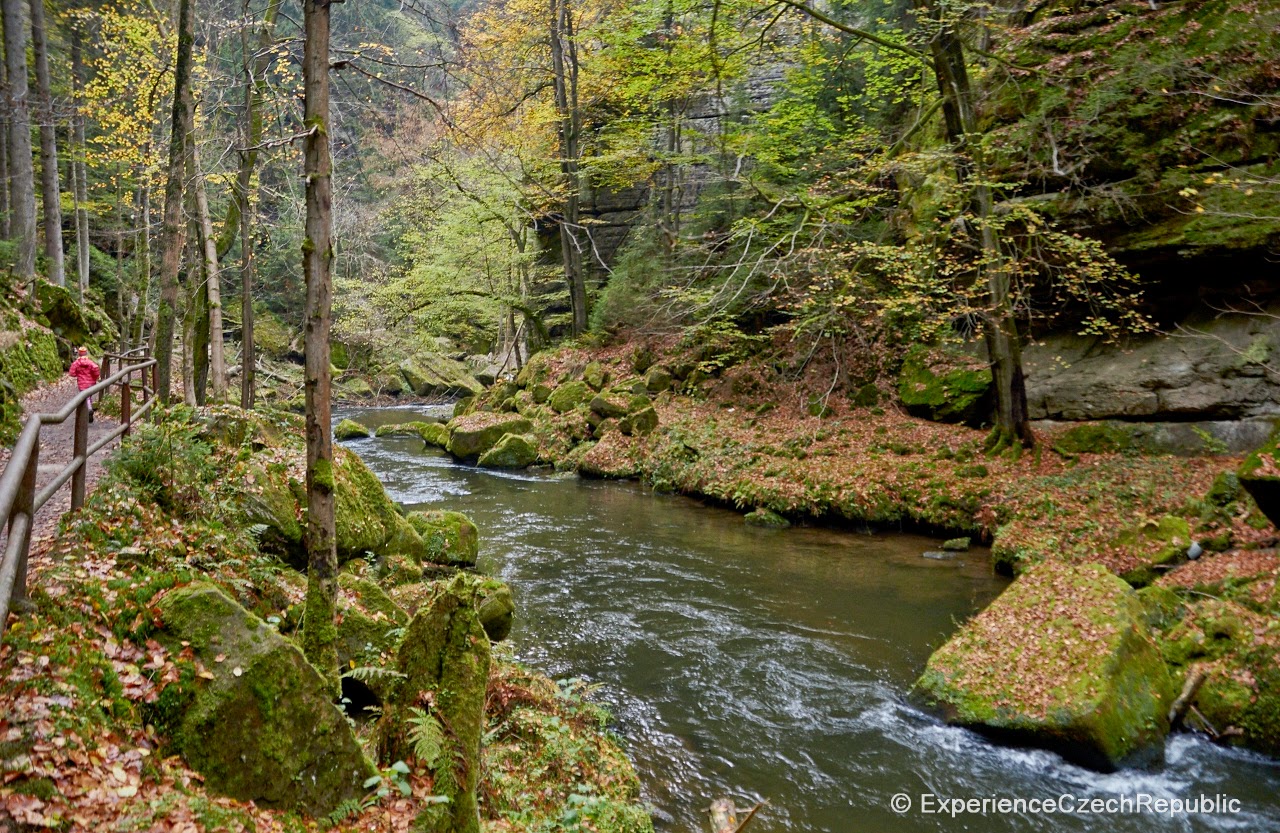 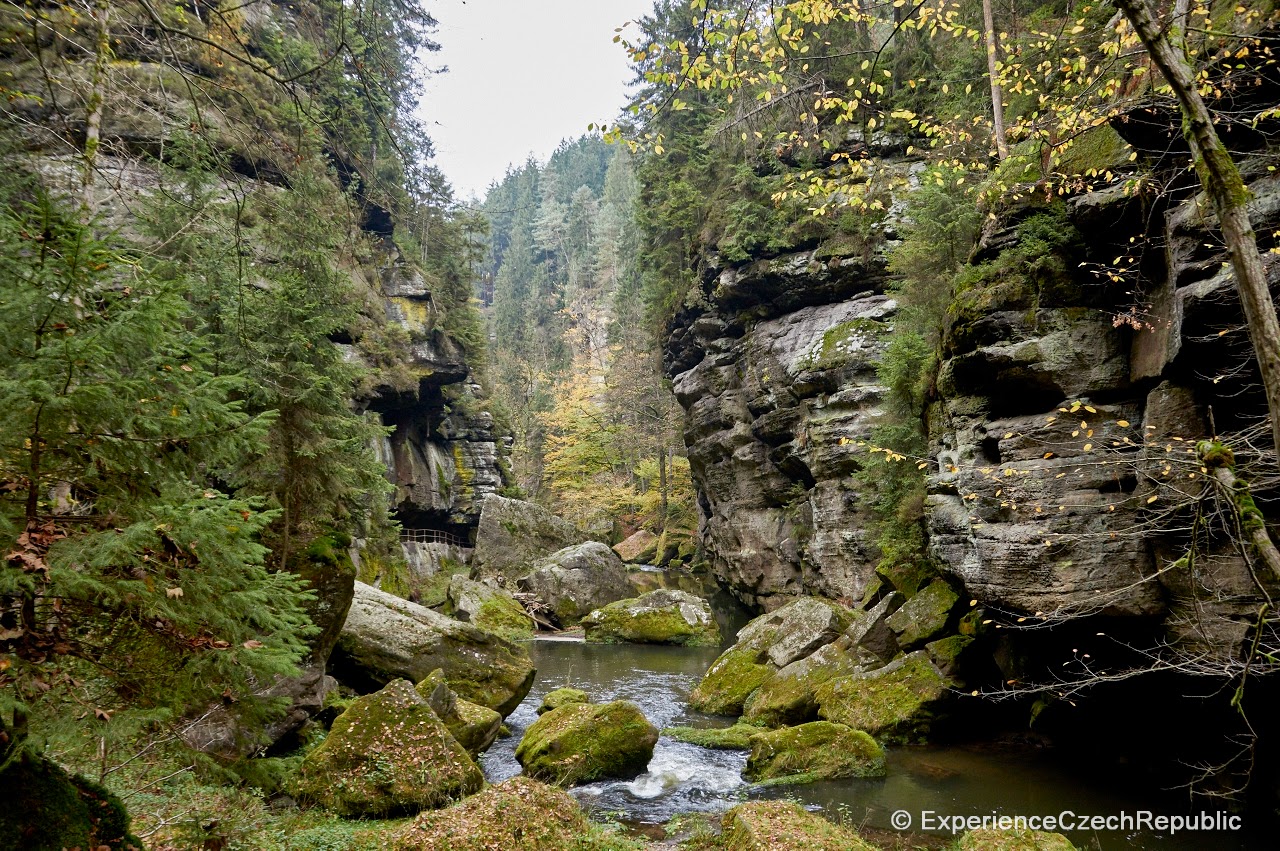 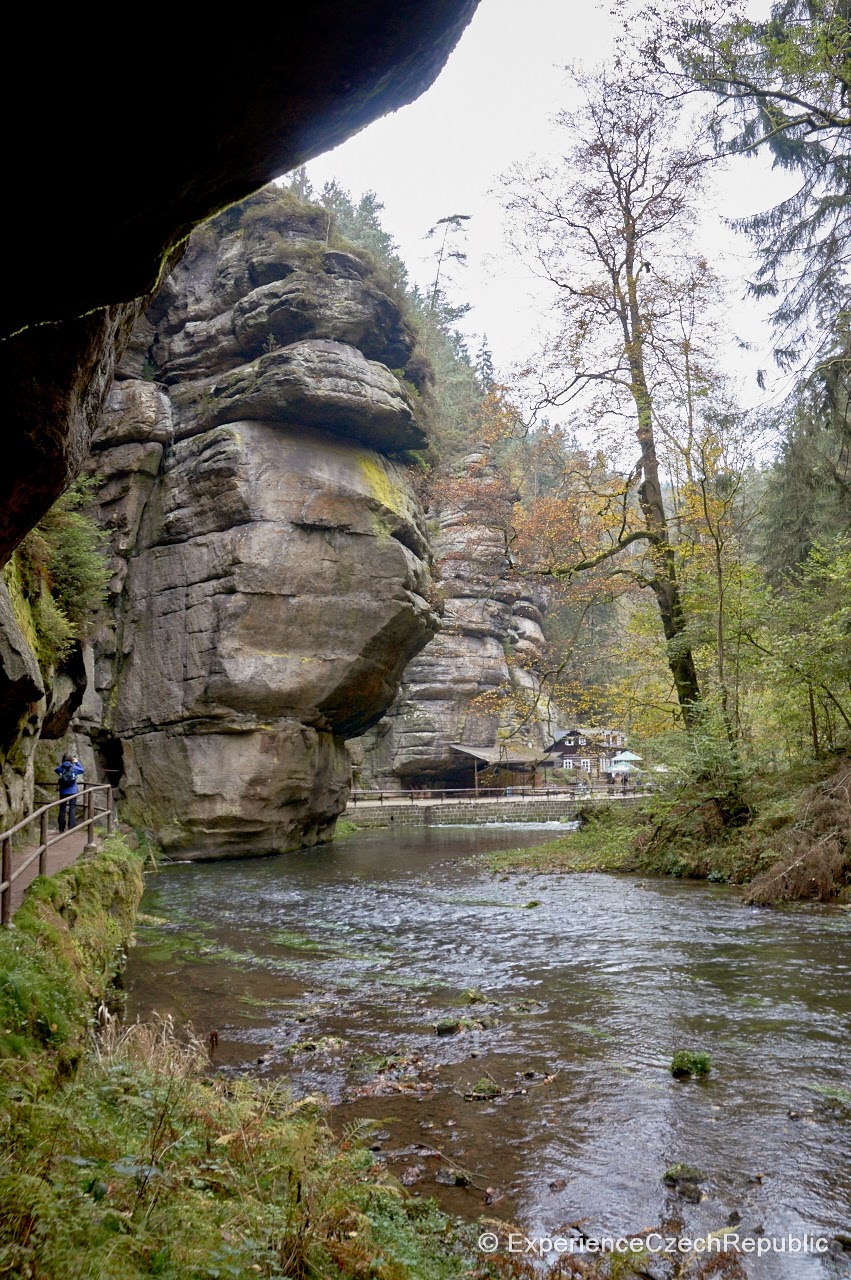 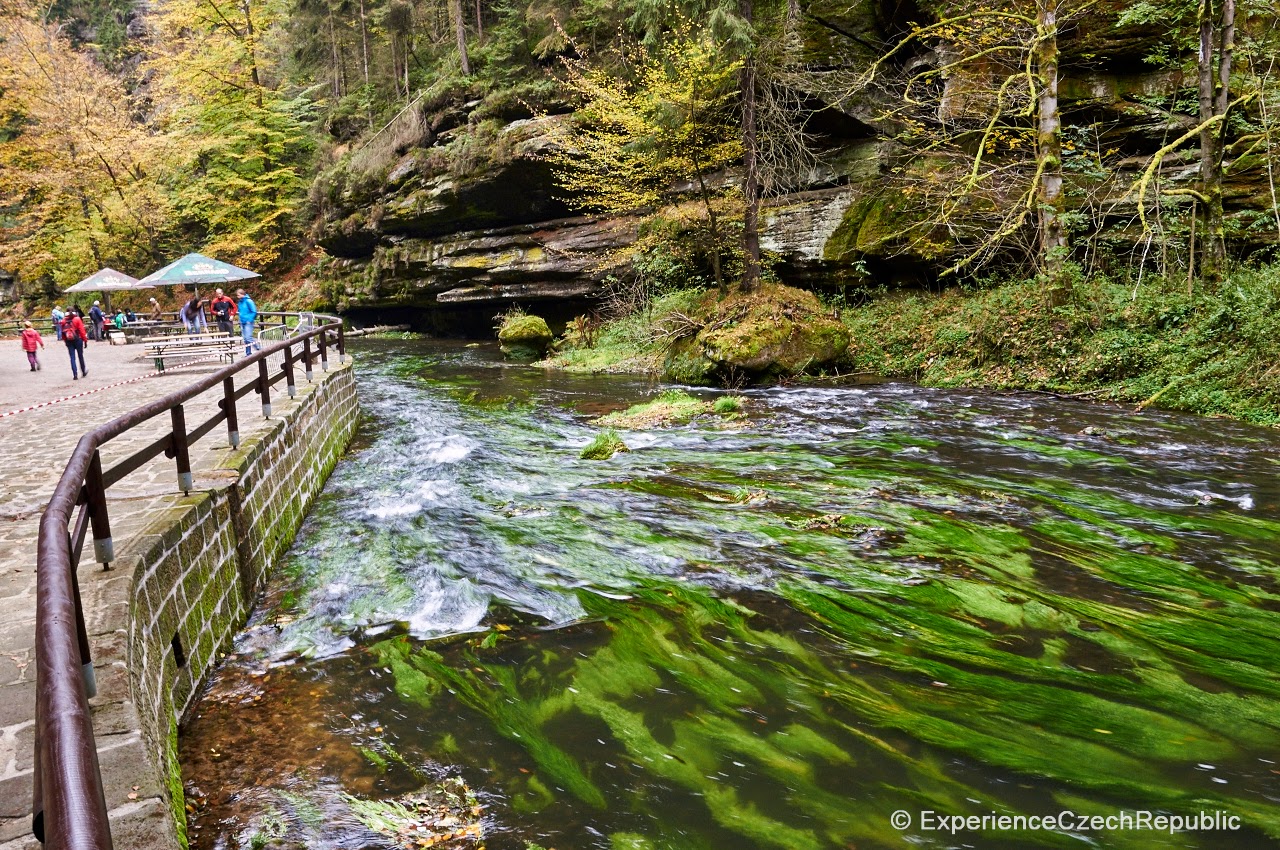 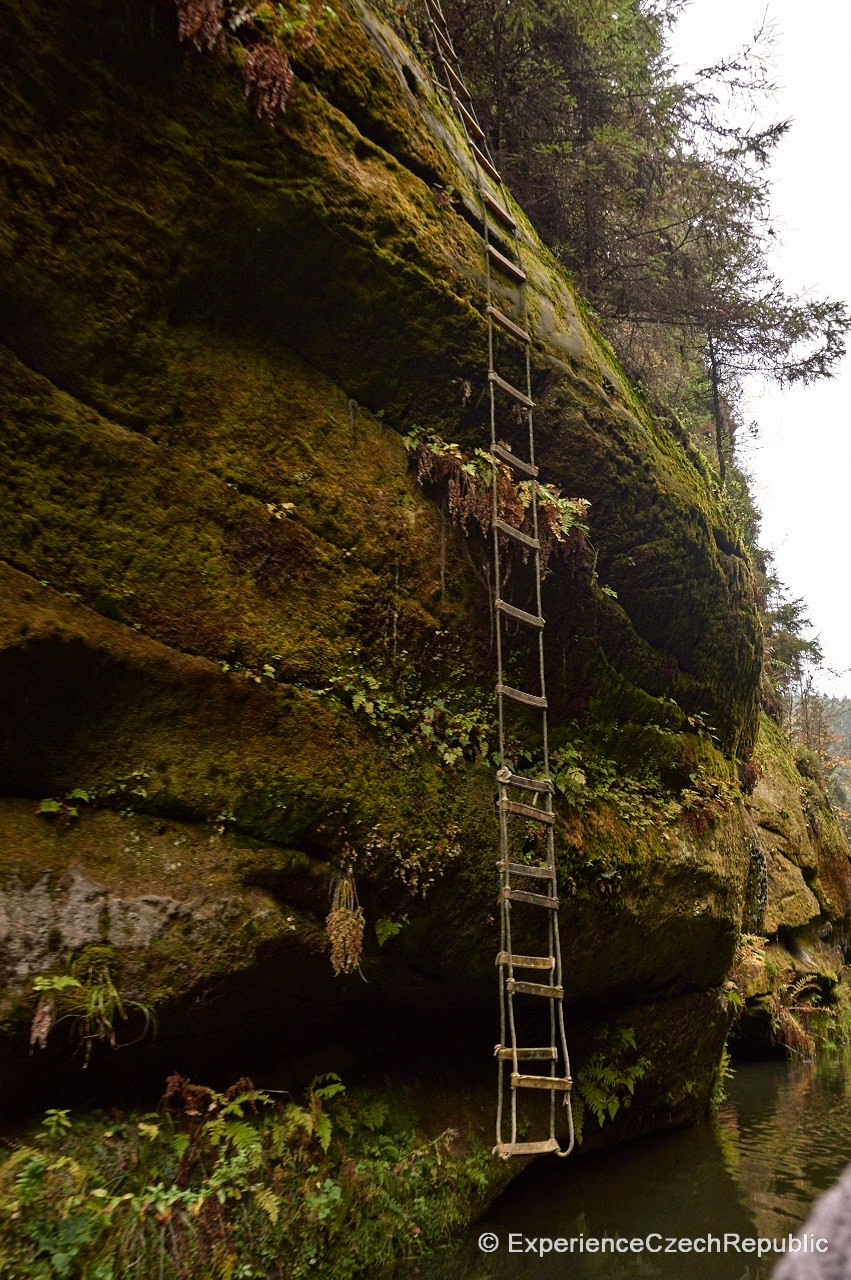 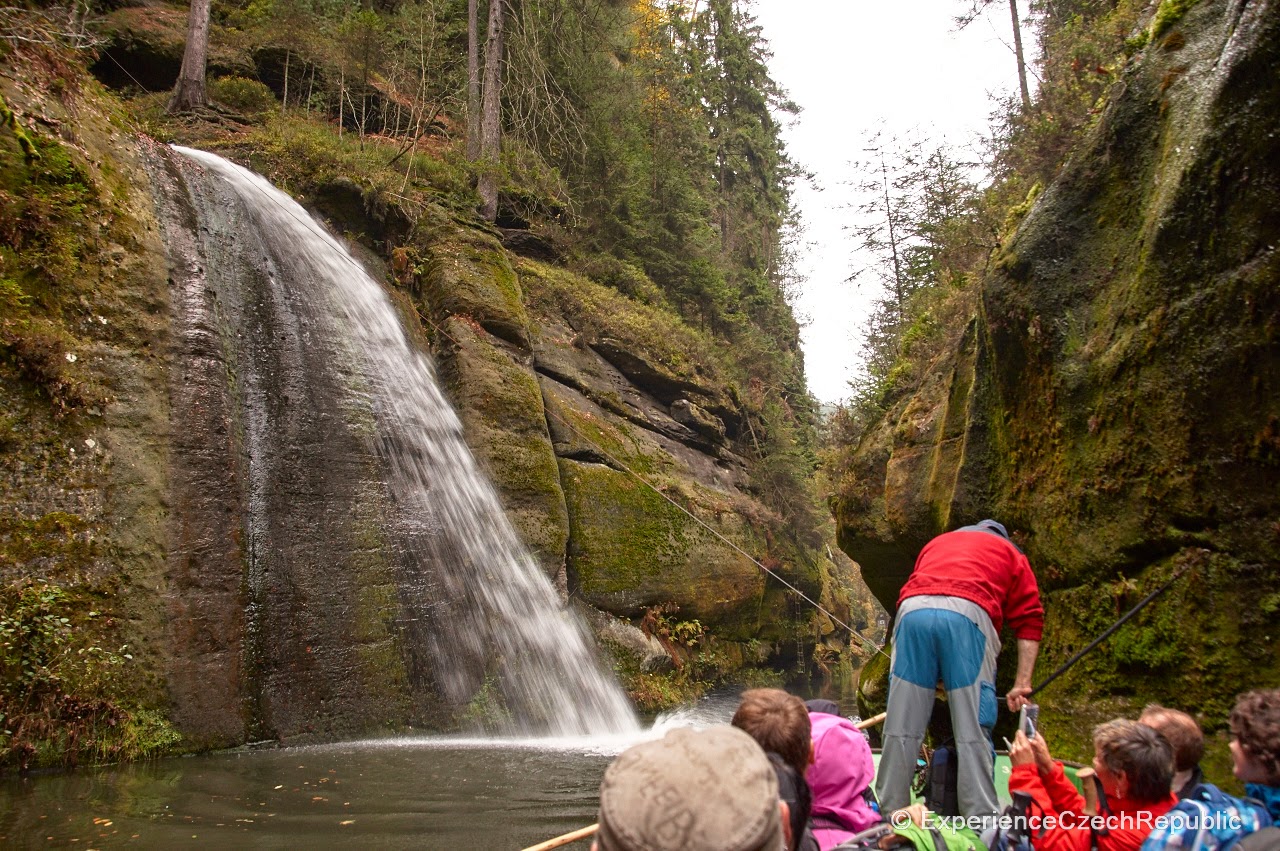 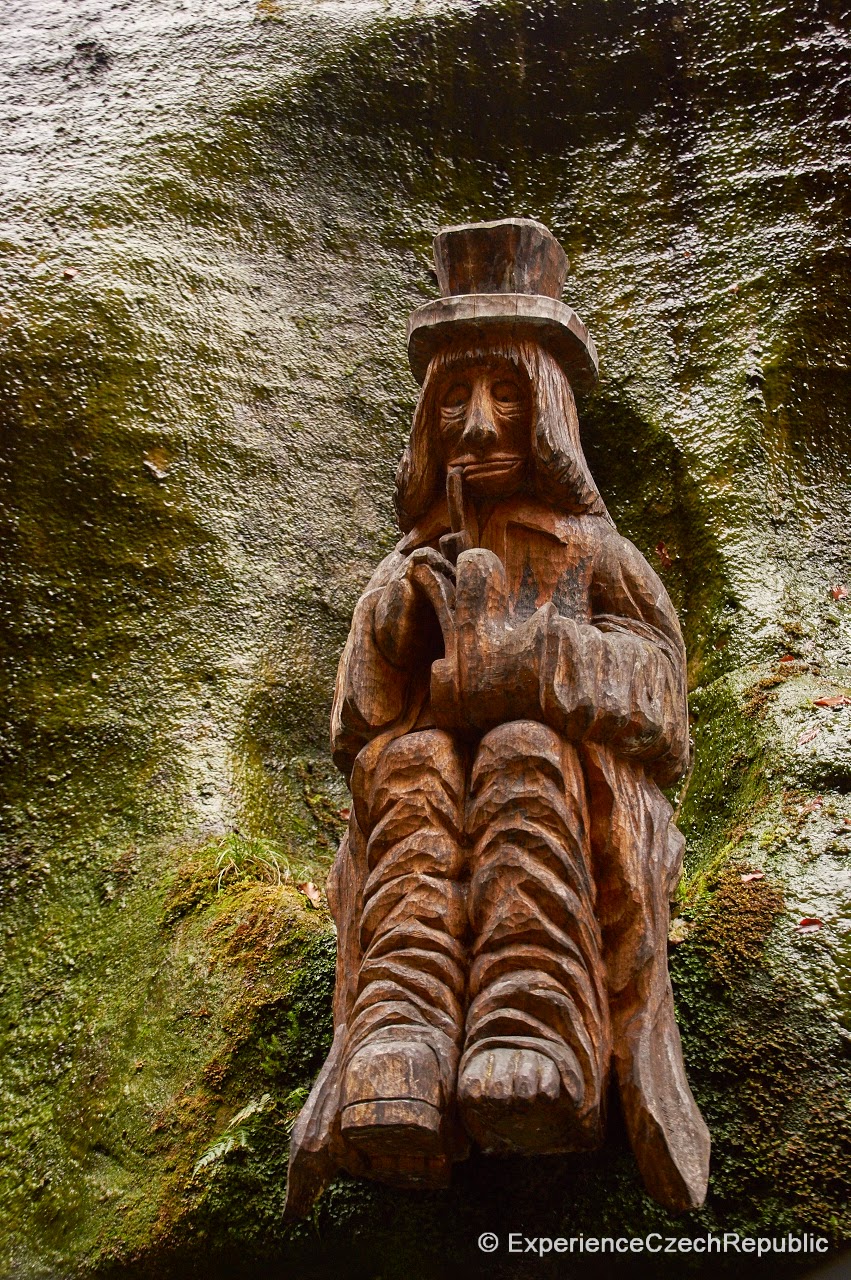 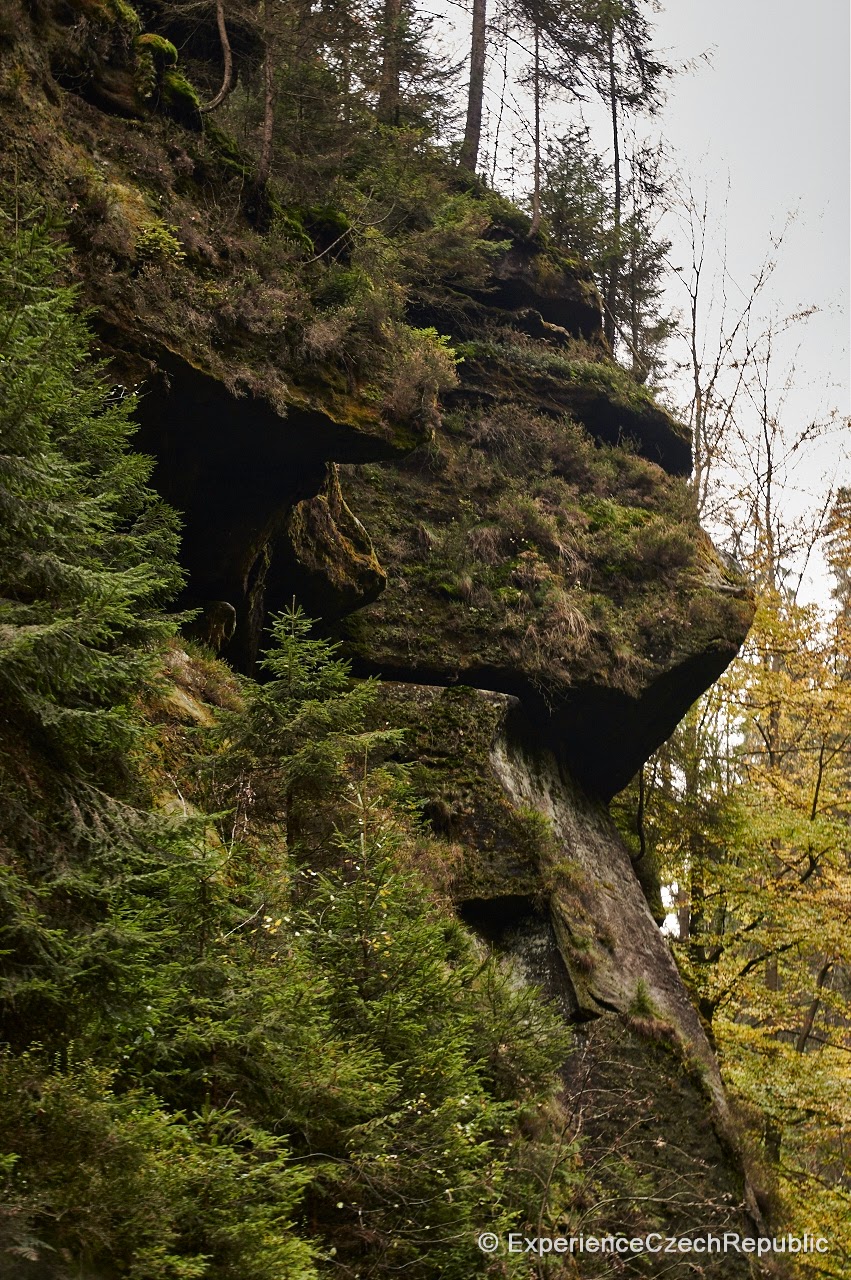 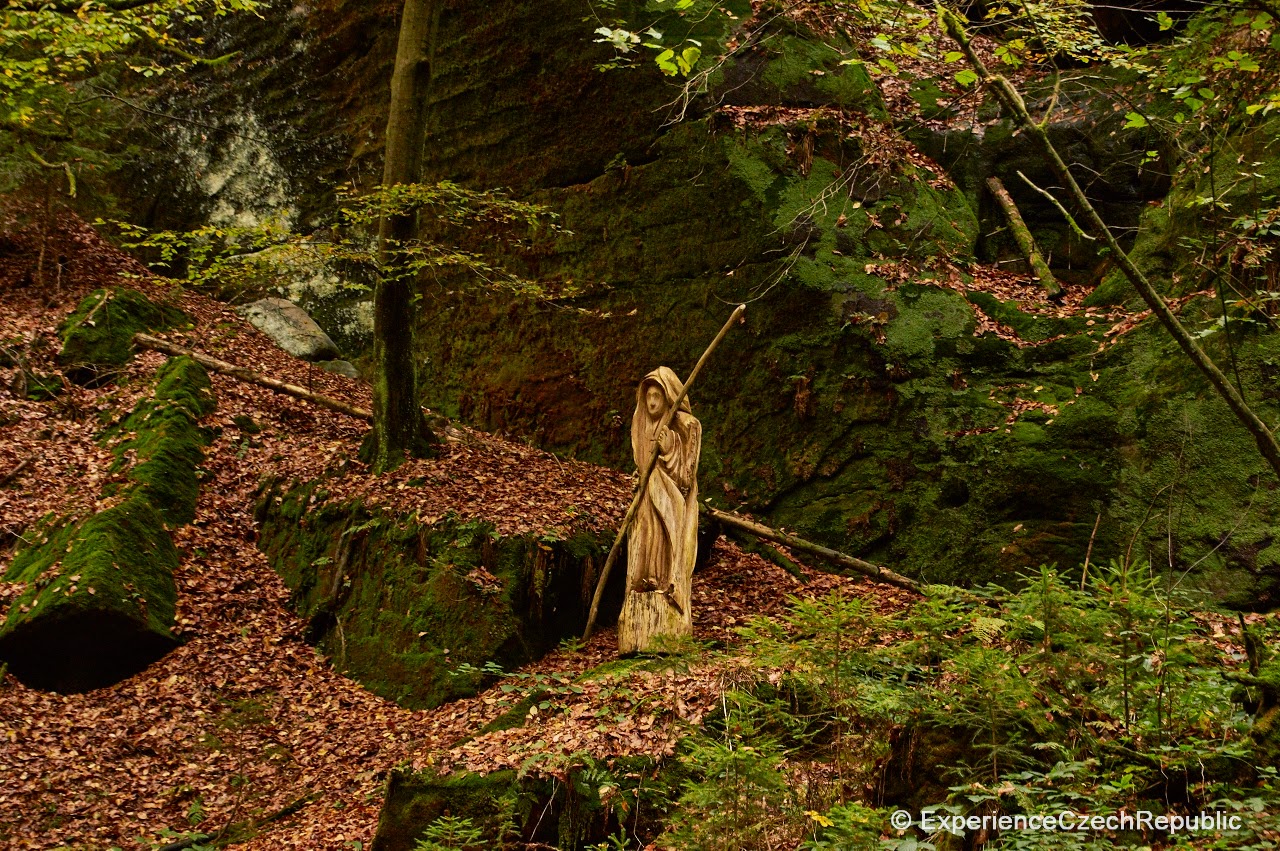 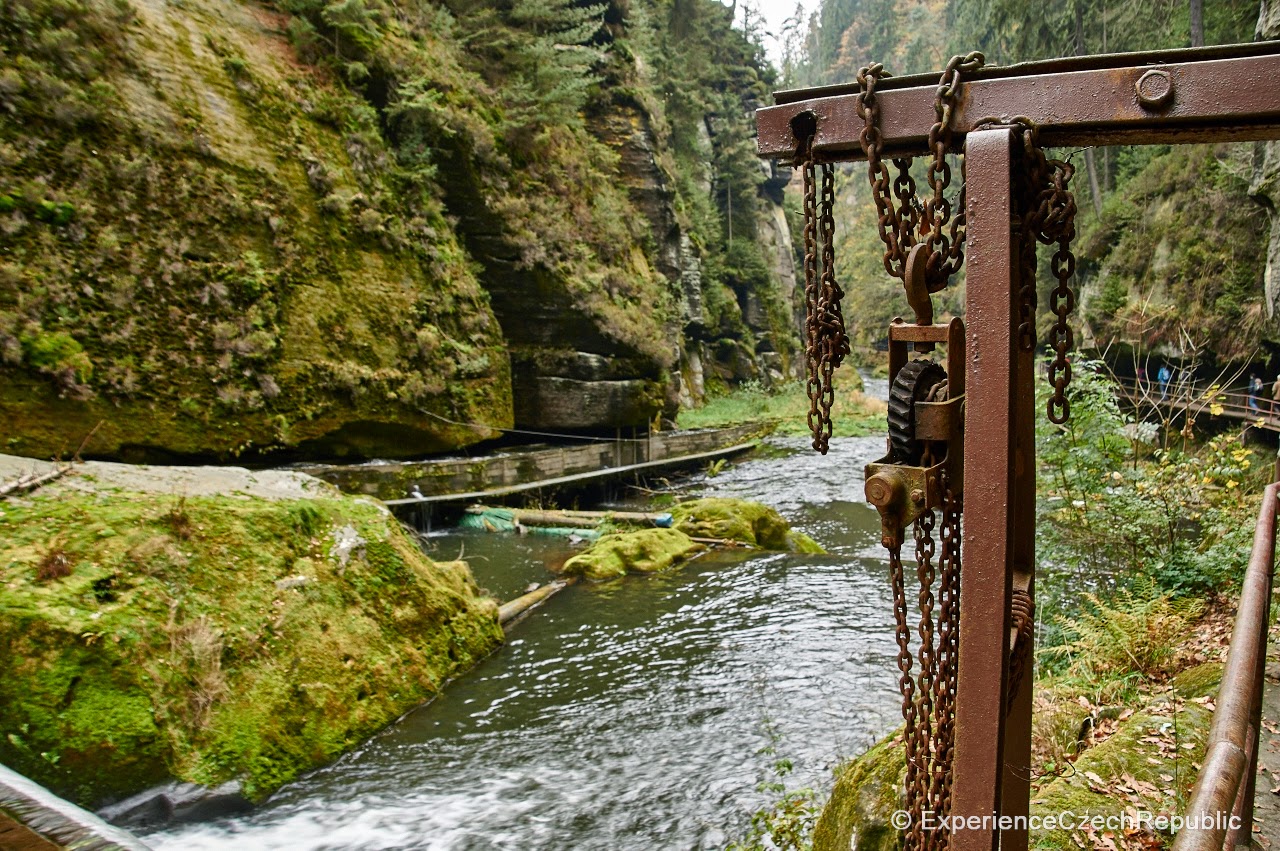 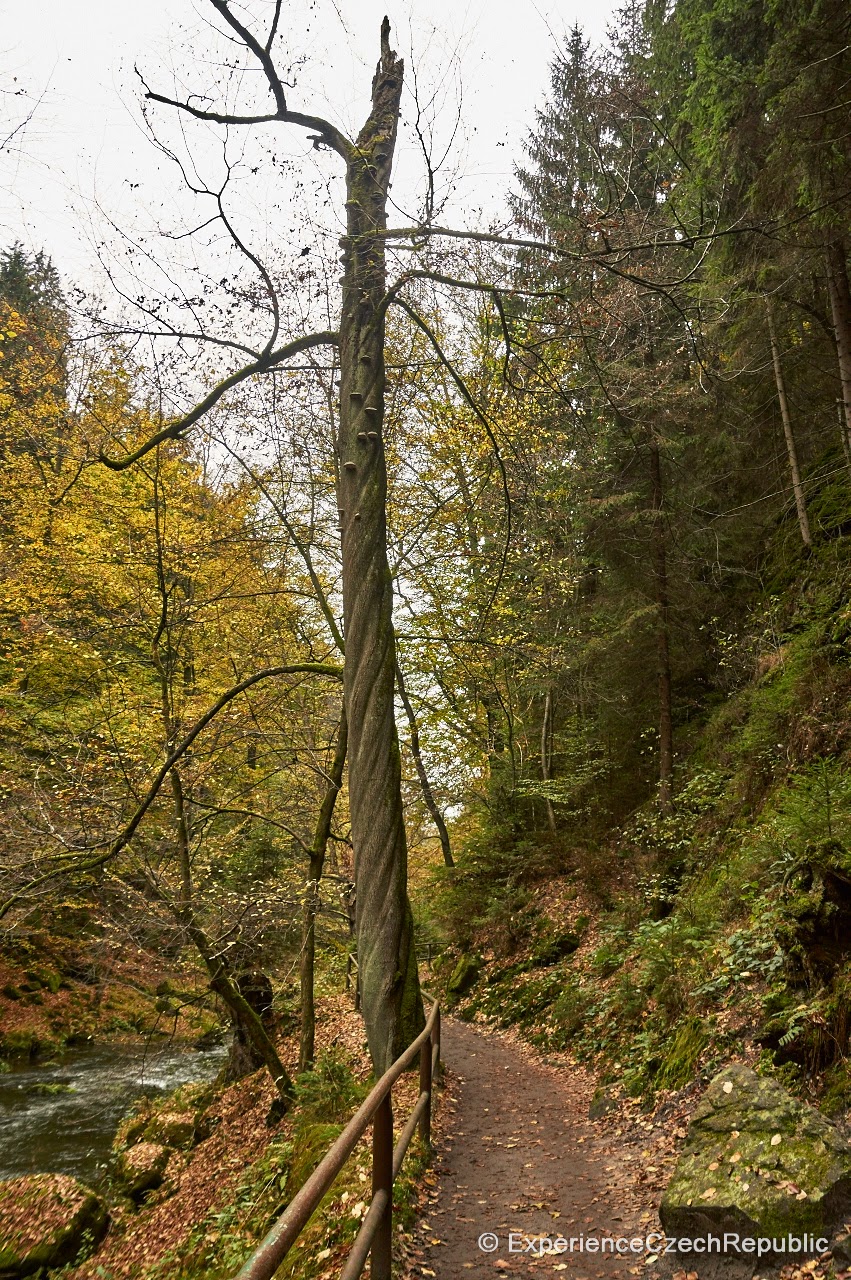 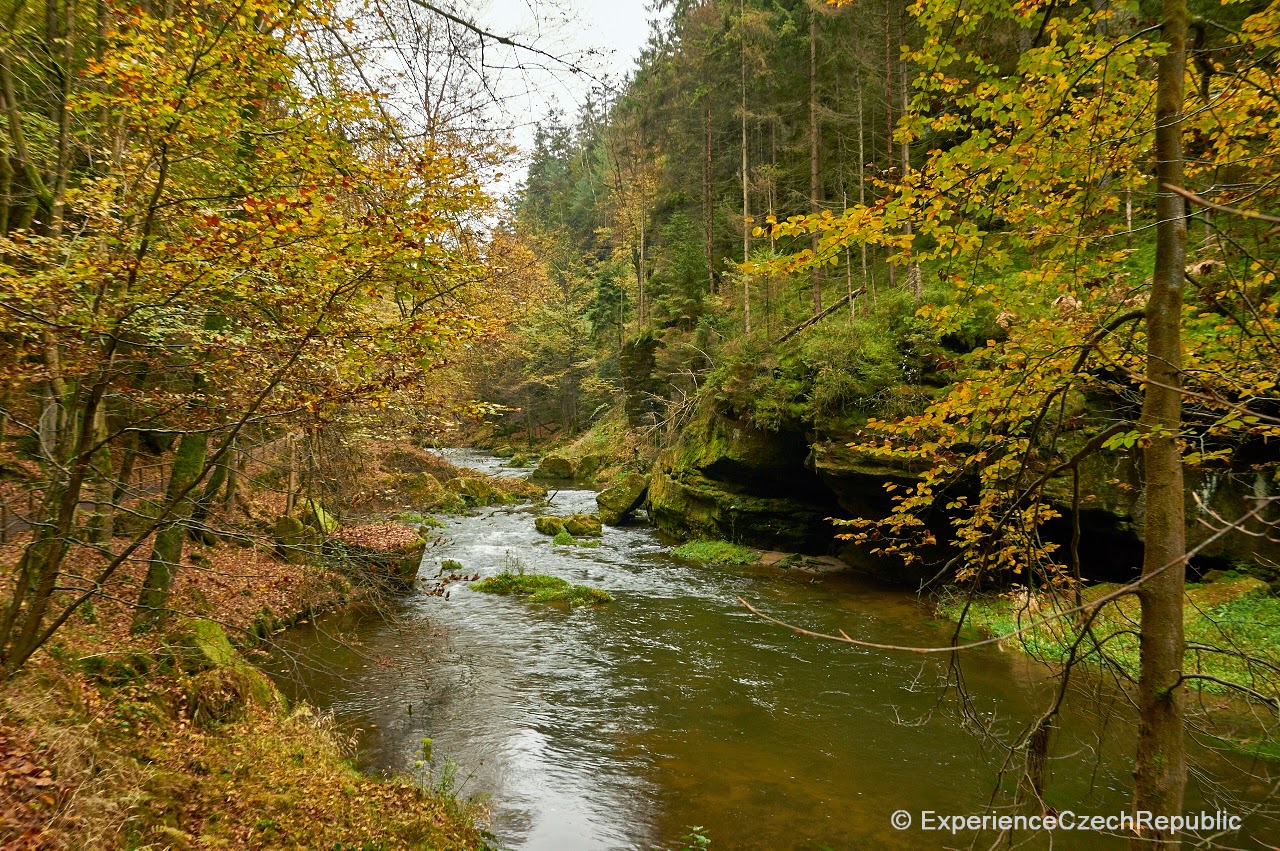