This story should probably never emerge here because of the location, but since it’s a part of our Bohemian-Saxon Switzerland trip, I decided it should find its place among other posts. 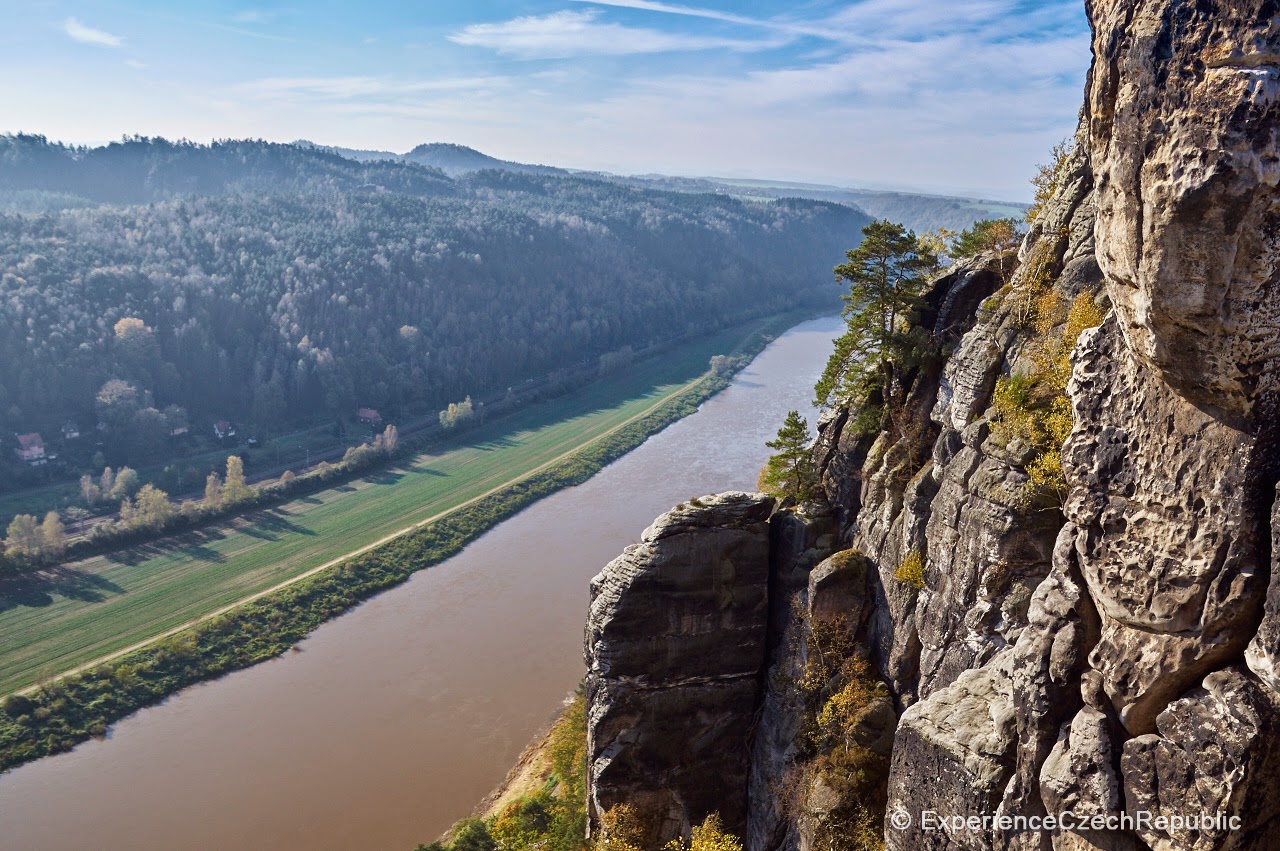 Bastei Bridge, a perfectly well-known lookout point with over 200 year history was our destination on day 3. We used several kinds of public transport, but it was worth a while. 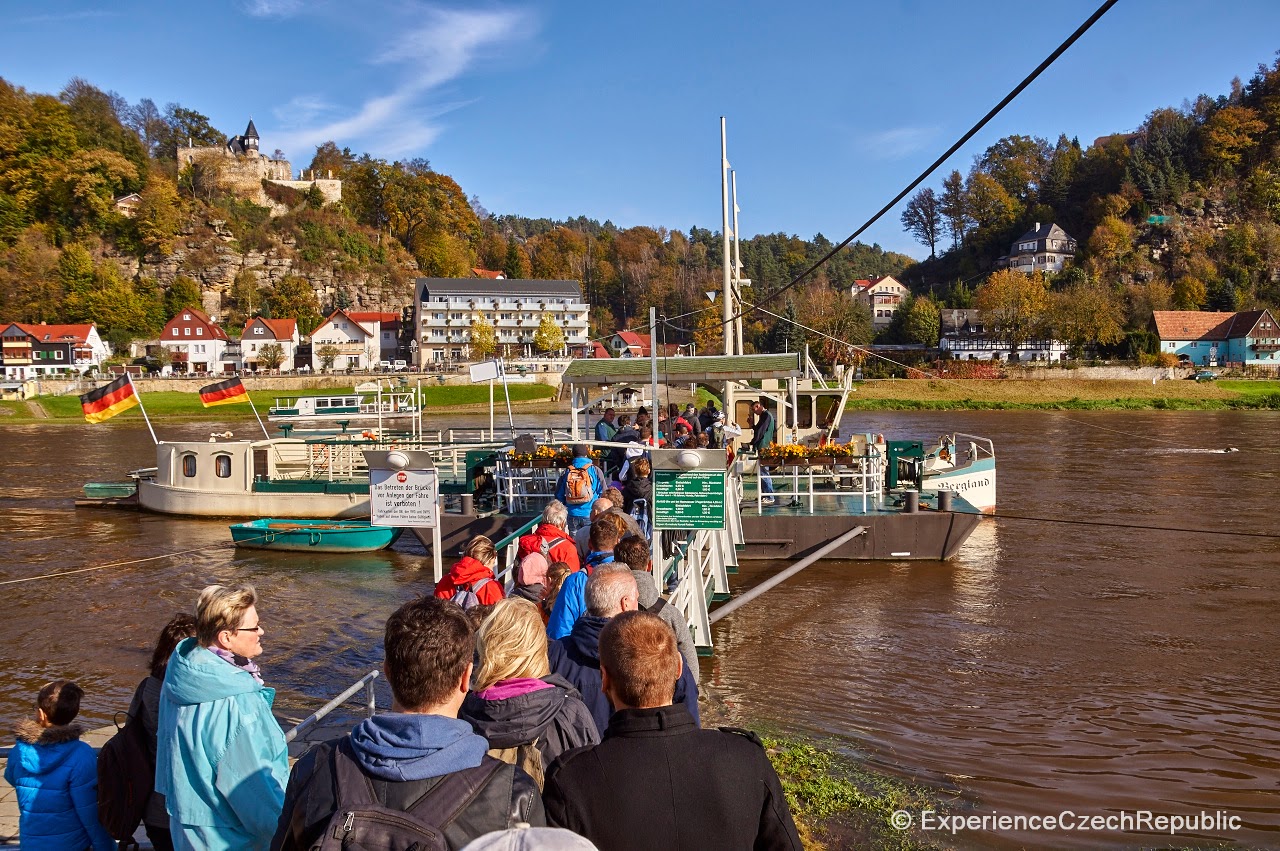 For most of you the trip would start in Hrensko. Because the only bridge is within 10 kilometers, you should hop on a ferry boat right here in Hrensko and transport yourself on a German ground on the other side of Elbe River. The next step is to buy a train ticket to Kurort Rathen and jump on a train. Unfortunately the train goes only aproximately once per hour, so if you miss one, you’ll be forced to wait almost an hour. Guess what… Bastei Bridge is on the other side of the river, so you need to hop on a ferry boat again. Those few simple steps will take you to a lovely little touristic city full of hikers, back-packers and seniors. The city made a great impression on me- it’s clean and beautifully groomed, brimful with maps and other hints for tourists. It’s more than 20 kilometers from Hrensko, so quite a distance to go on foot, but if you choose to go by car-the way is really simple, you just need to park in Rathen and ferry on the other side to get to Bastei. 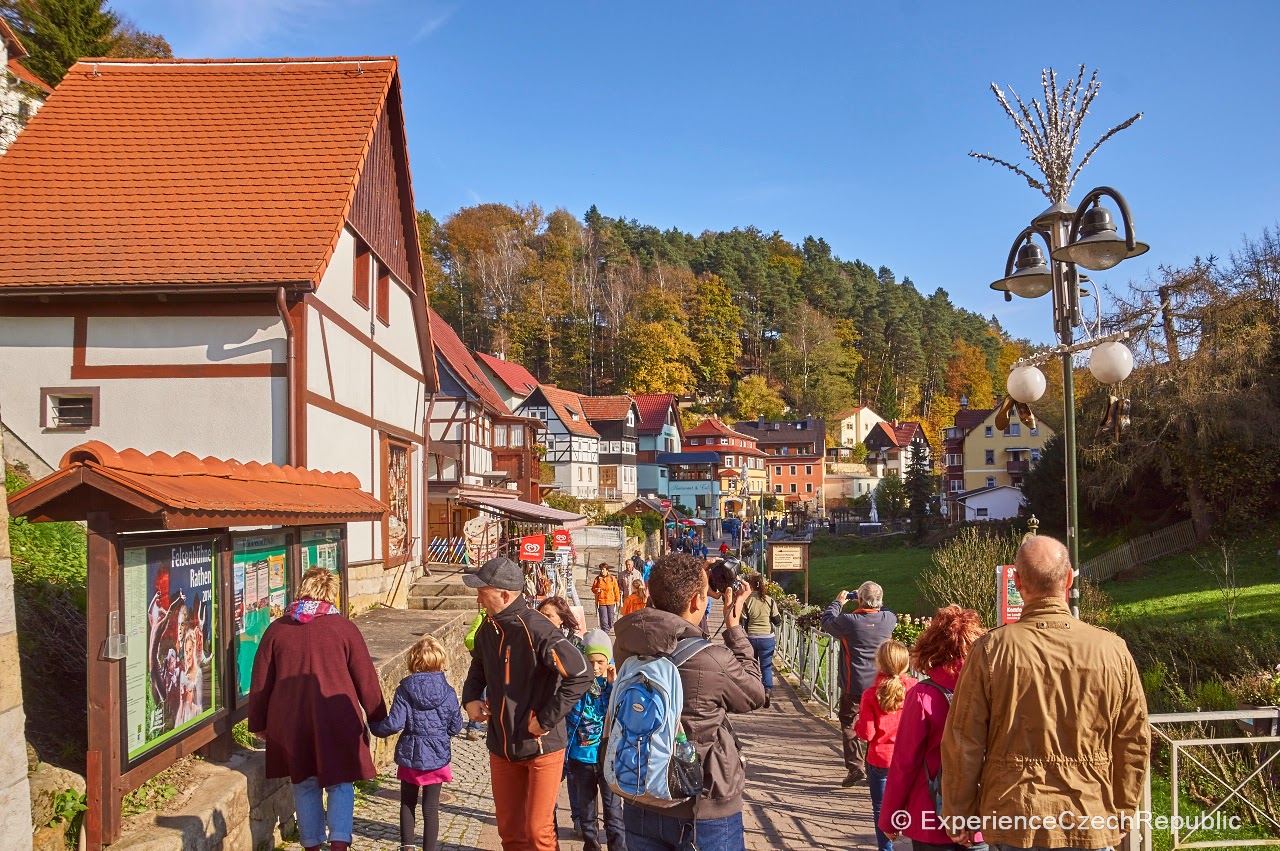 Only several kilometers separate you from a fantastic view. Choose the designated path or just follow the crowd-most of the fellows you’ve seen on a ferryboat will go exactly the same way. 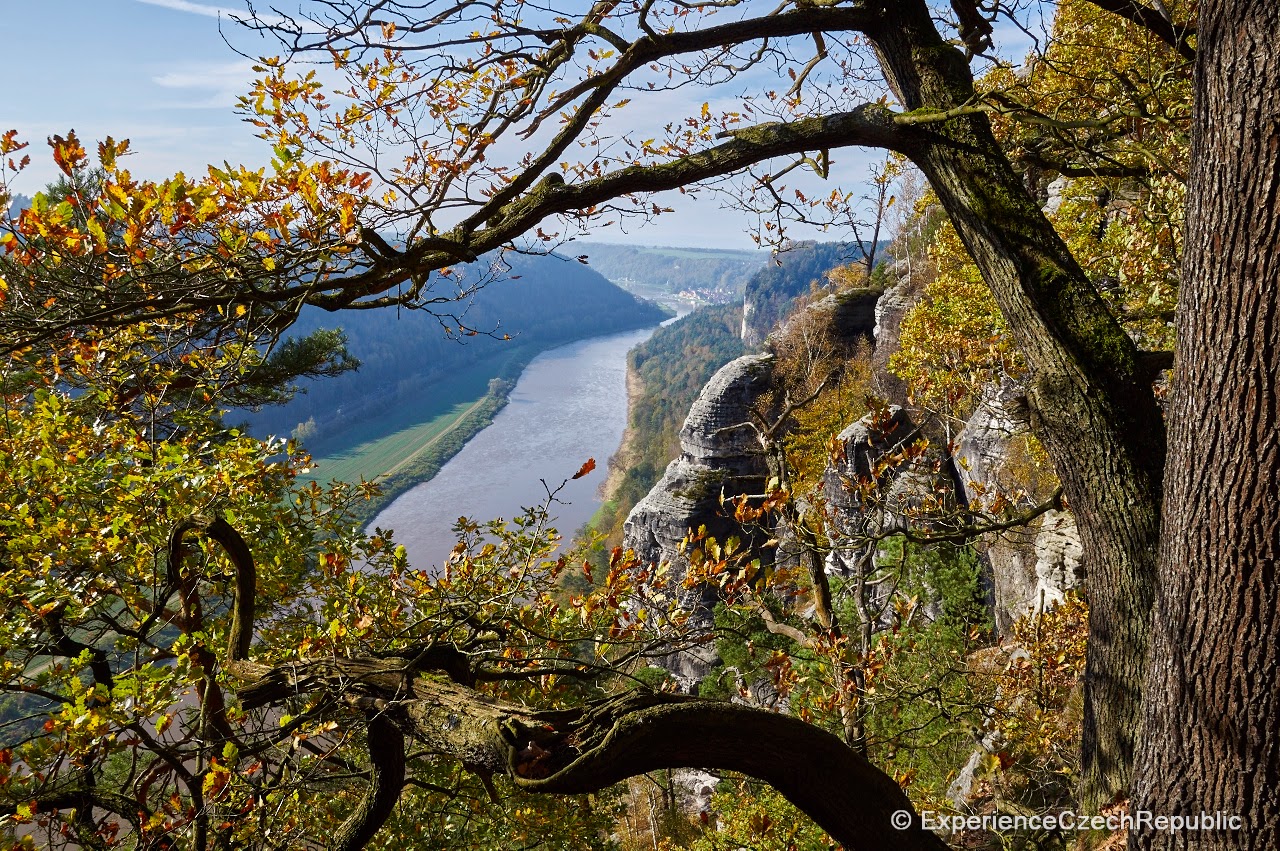 No one seemed to complain, so maybe it was only me, but as I ascended the stairs, I realized that stairs actually make the climb harder. I cheered up once I've seen a snatch of Bastei Bridge and a spectacular first of many viewpoints.


Back in 1824 people could also admire picturesque landscape from 200 meters above ground. At the beginning of XIX century the bridge didn’t look the same, but had the same purpose as nowadays. It was reconstructed from wooden to sandstone in 1851. 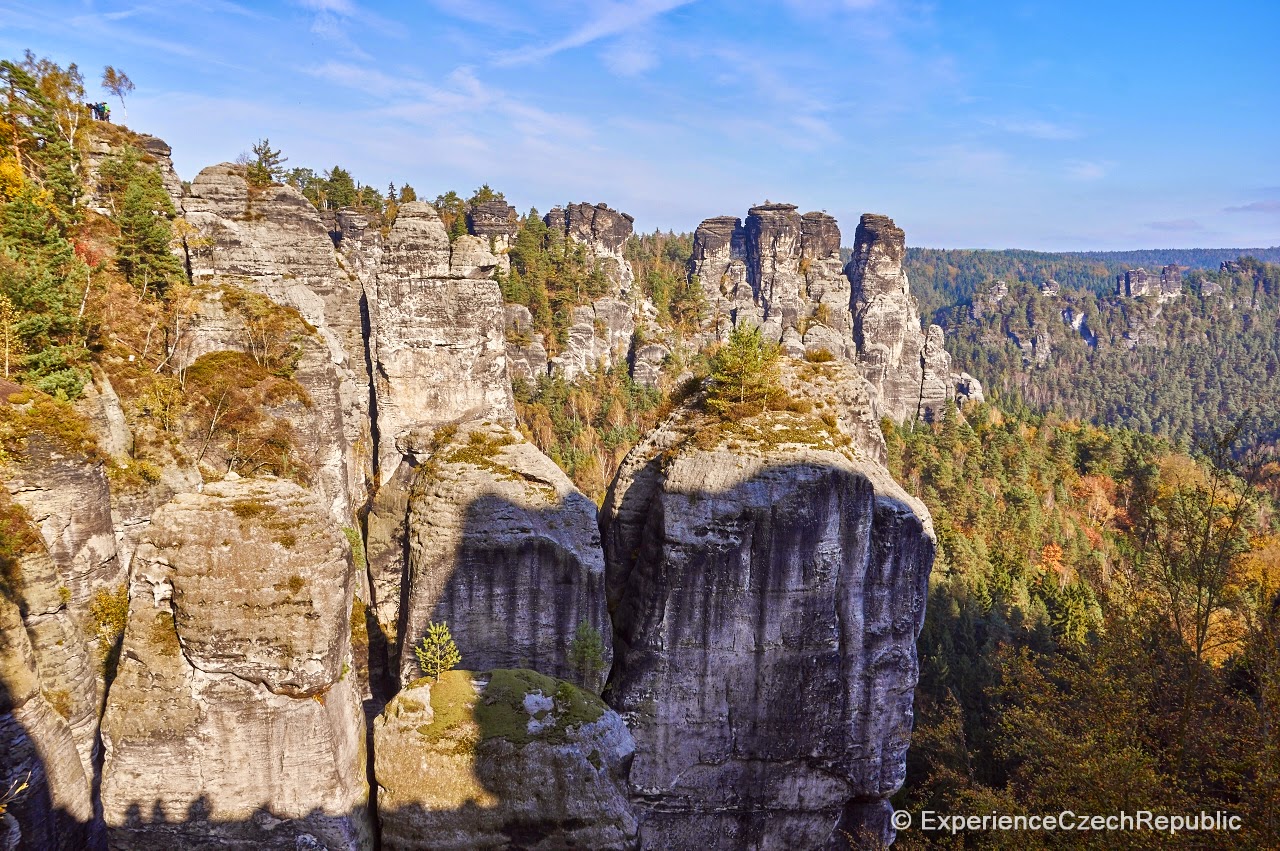 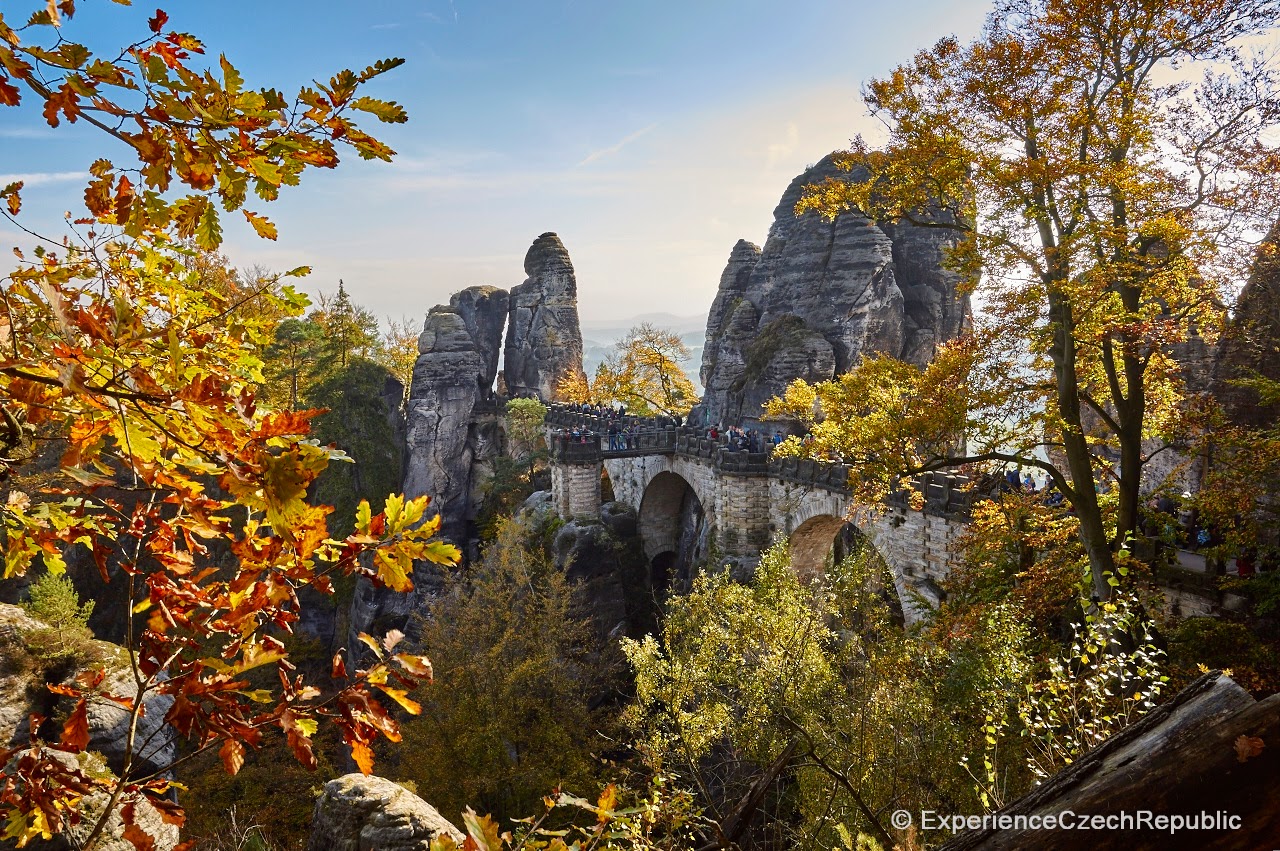 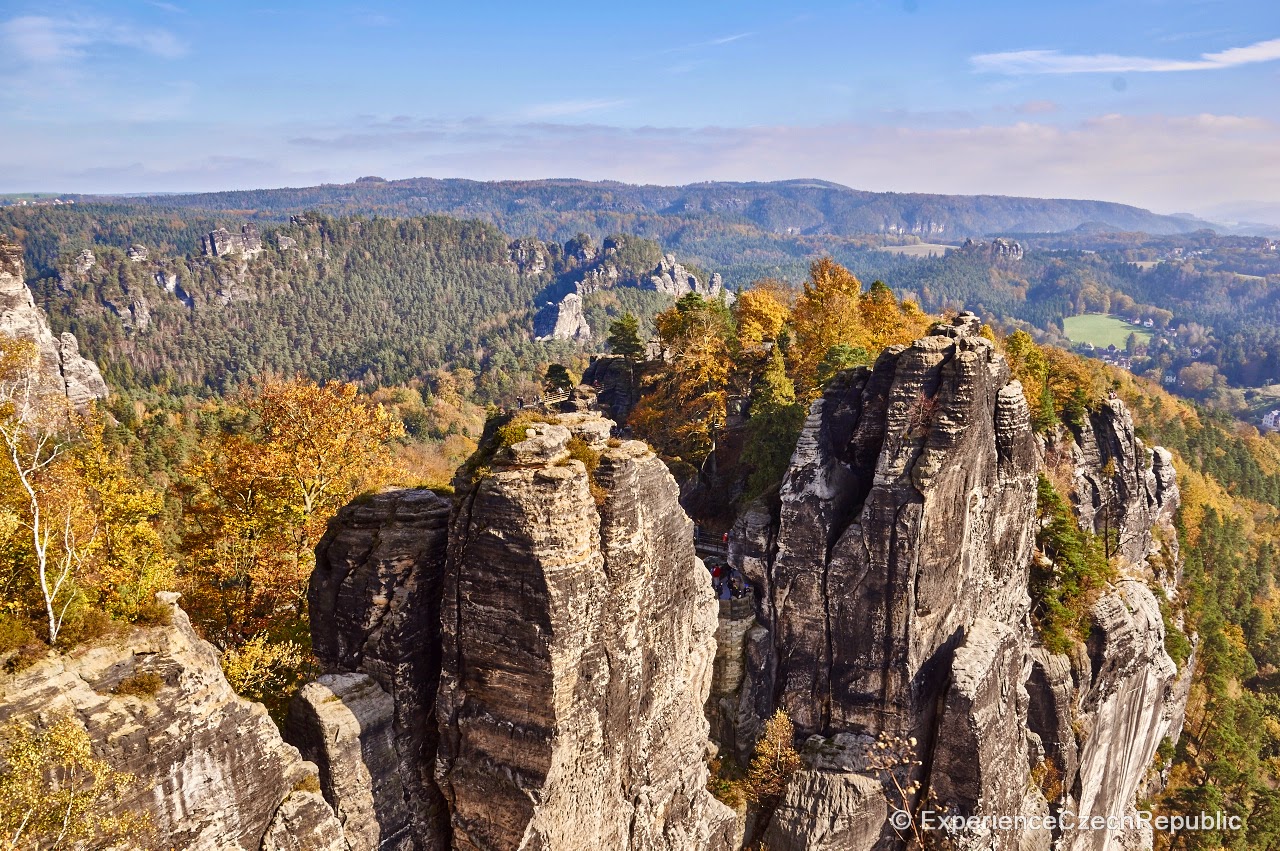 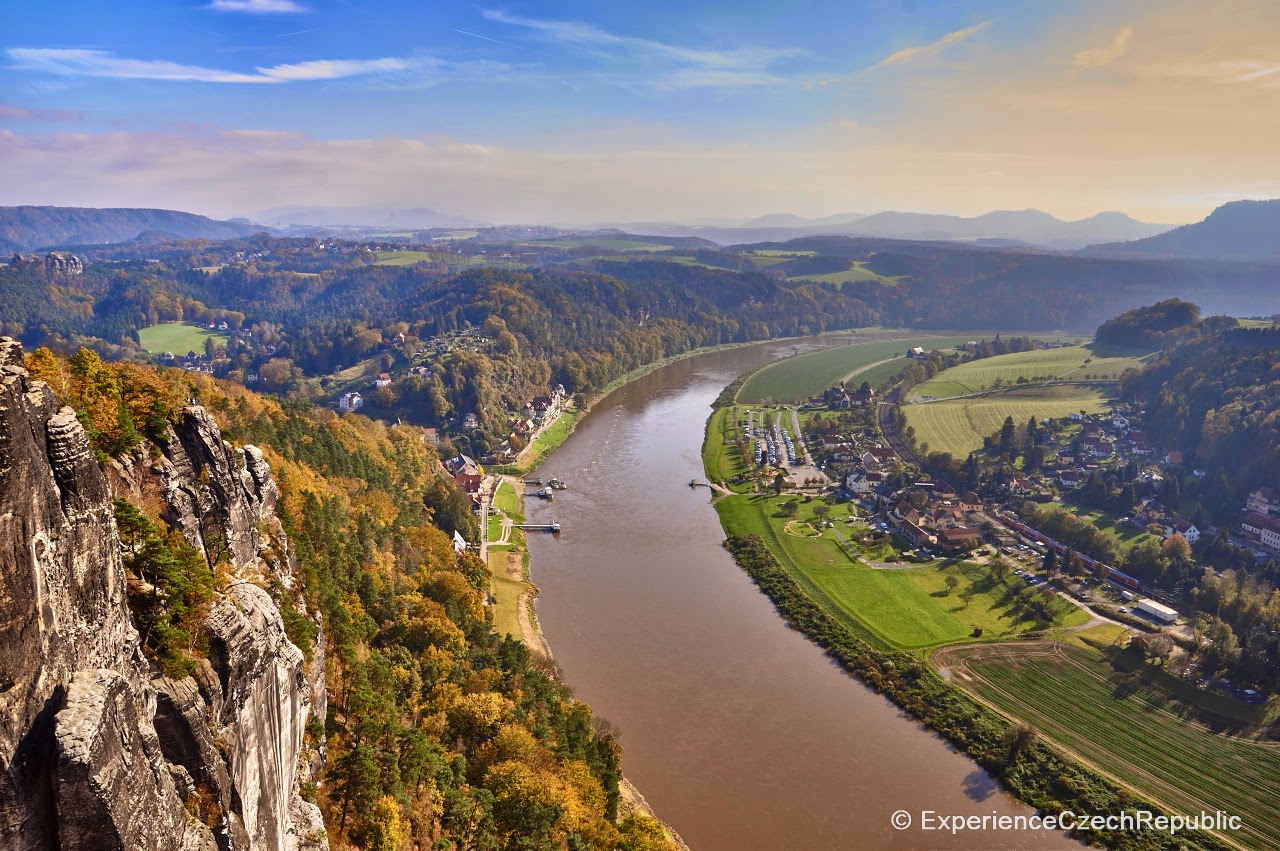 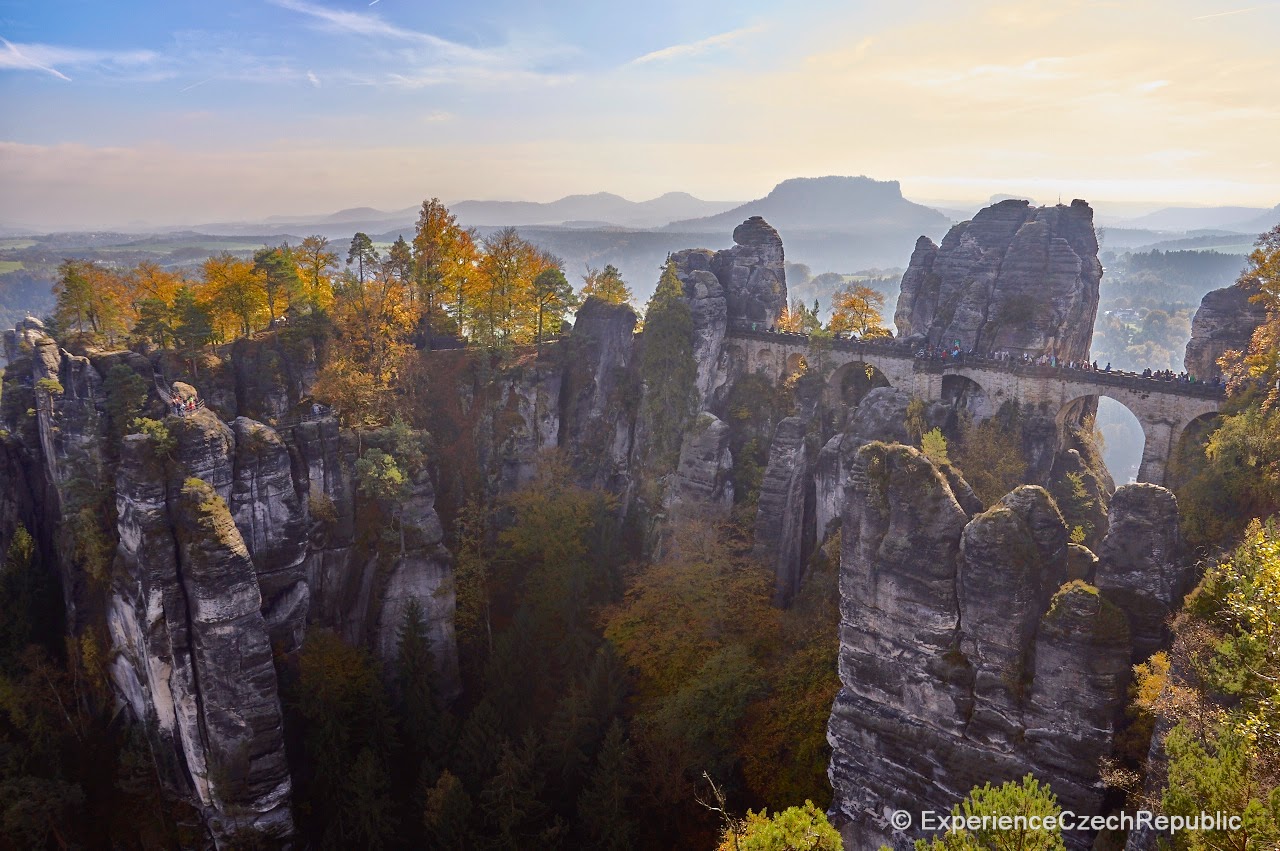 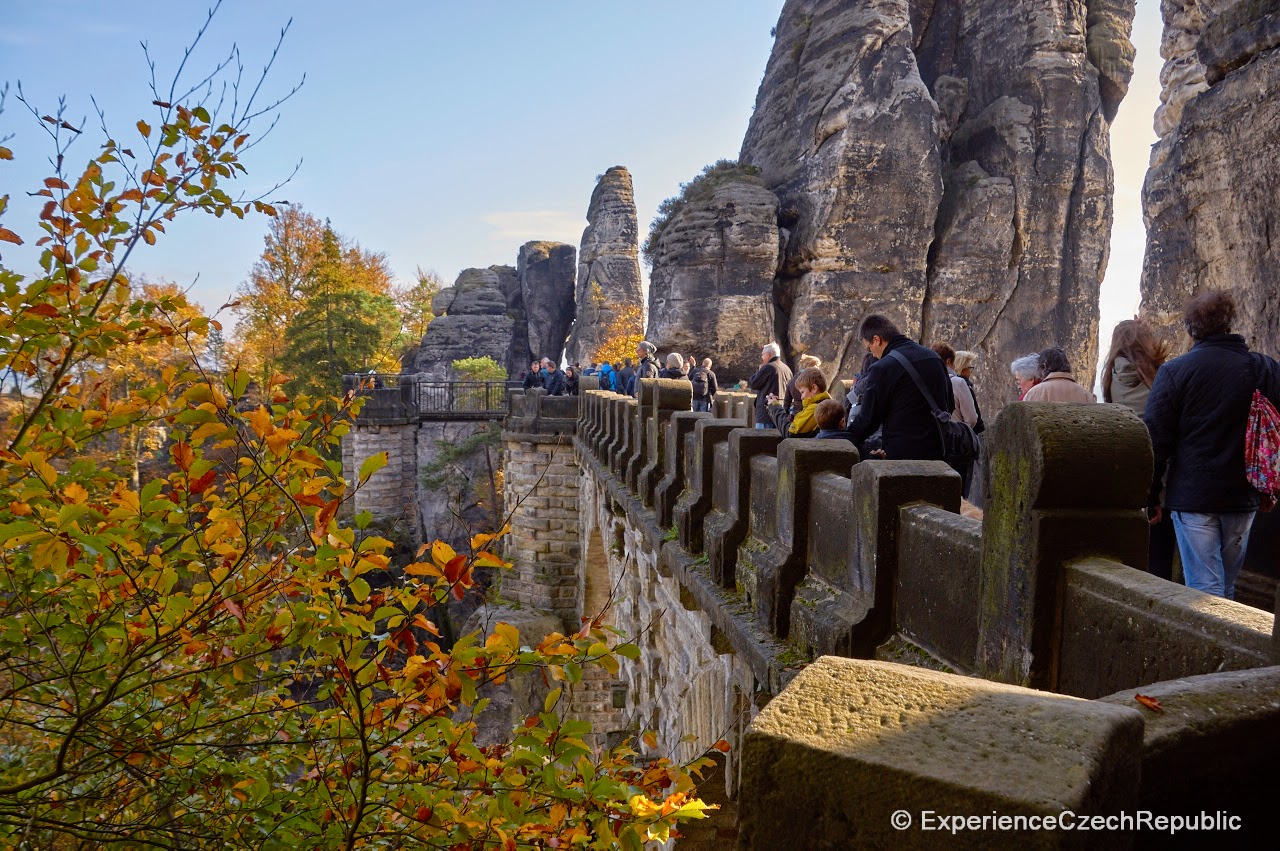 For us hiking started the moment we got back to Rathen. We set off to Lilienstein Mountain remote another few kilometers from the city, then in Konigstein city we took the train and returned to Hrensko. Lilienstein Mountain high more than 400 meters is one of the salient symbols of Saxon Switzerland. It lays at the right bank of the Elbe River. At its top you may find 16 meter tall Obelisk built to remind of the existence of Saxon dynasty and a restaurant, which may be a good place to rest and fill your supplies. If you’re not afraid you may also sit at the edge of the rock and look on the little world below you. You may go around Lilienstein Mountain and admire the views on each direction. 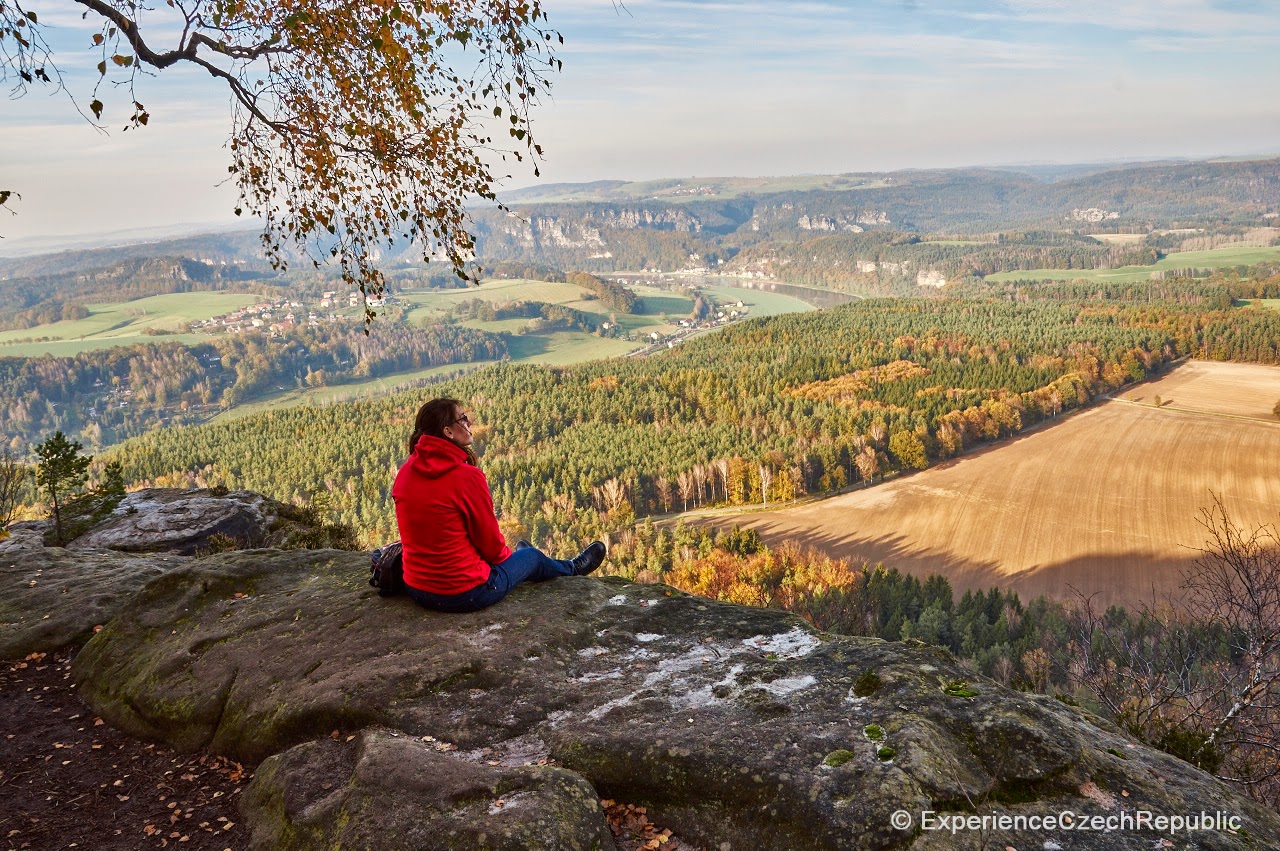 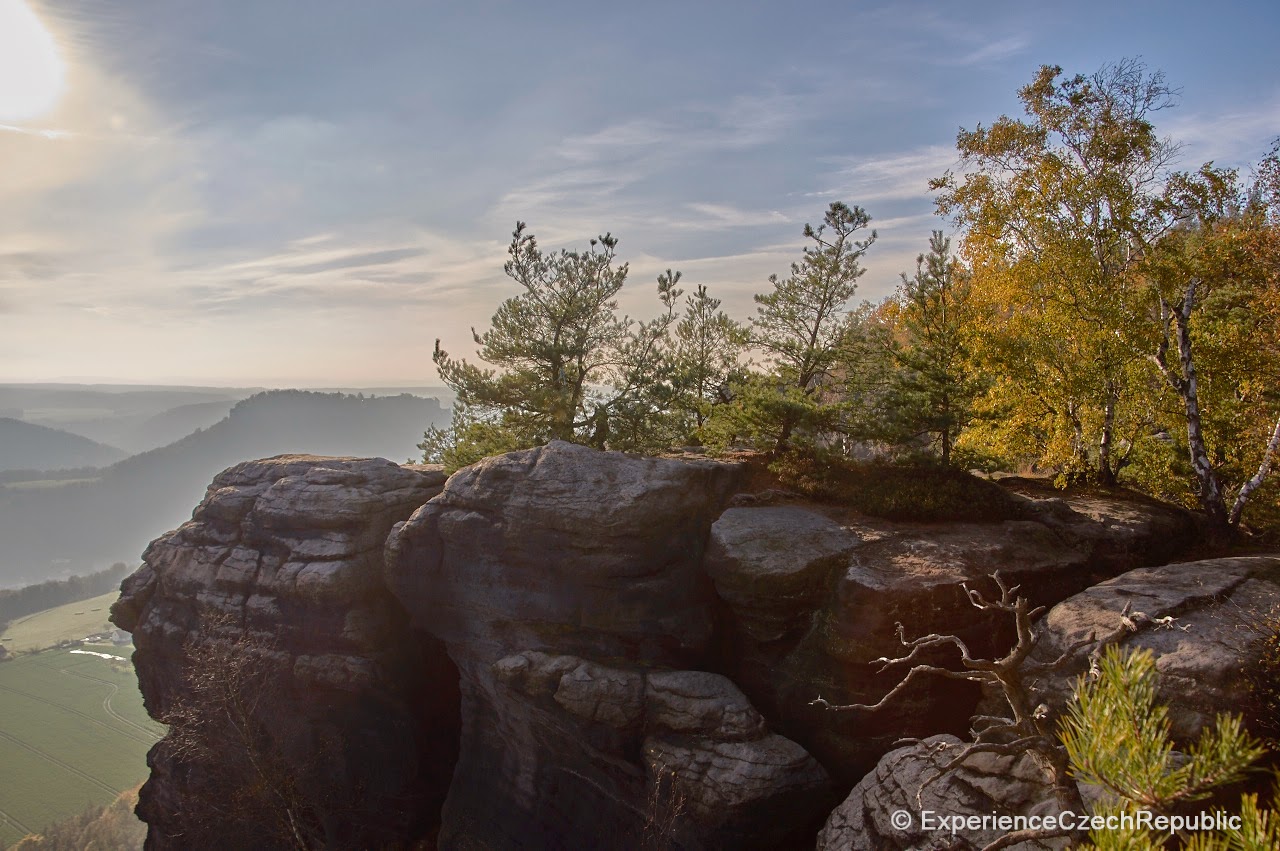 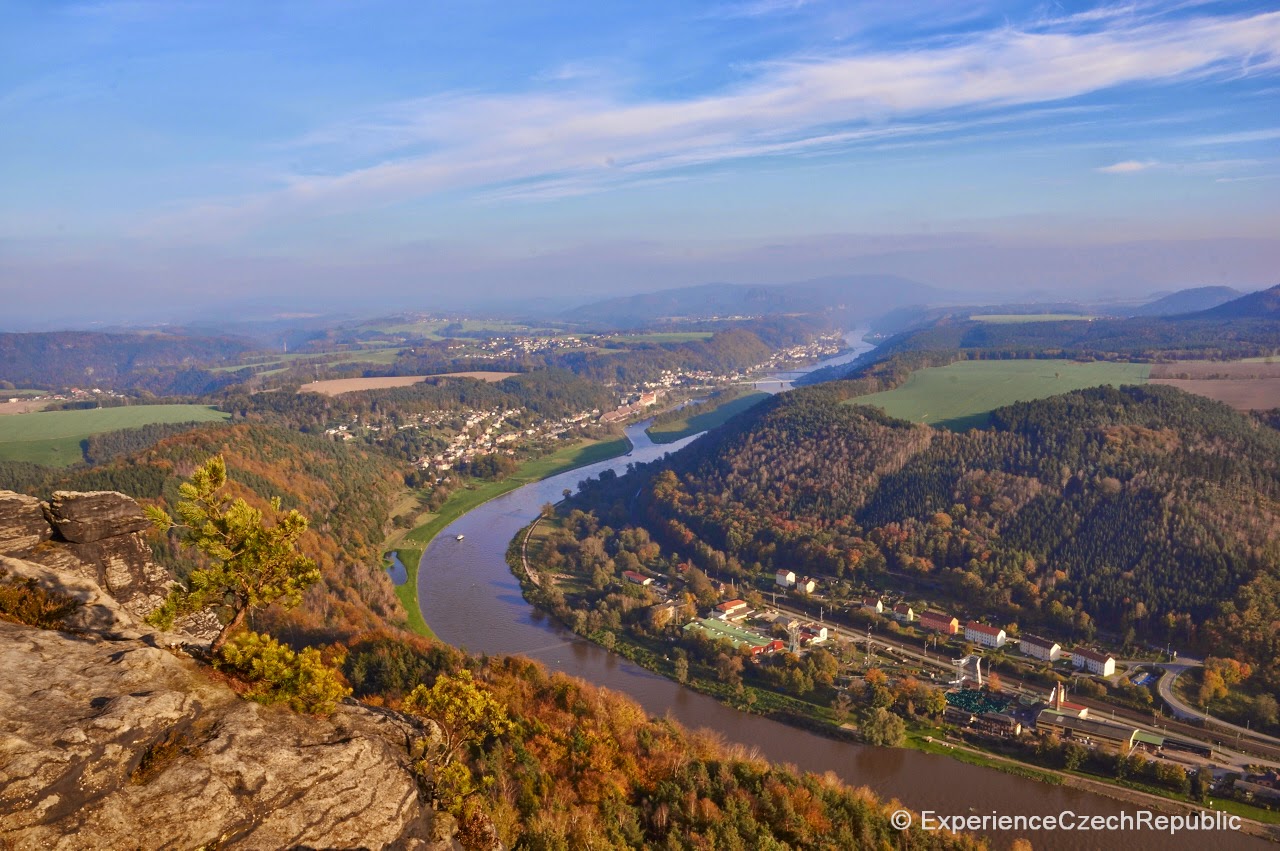 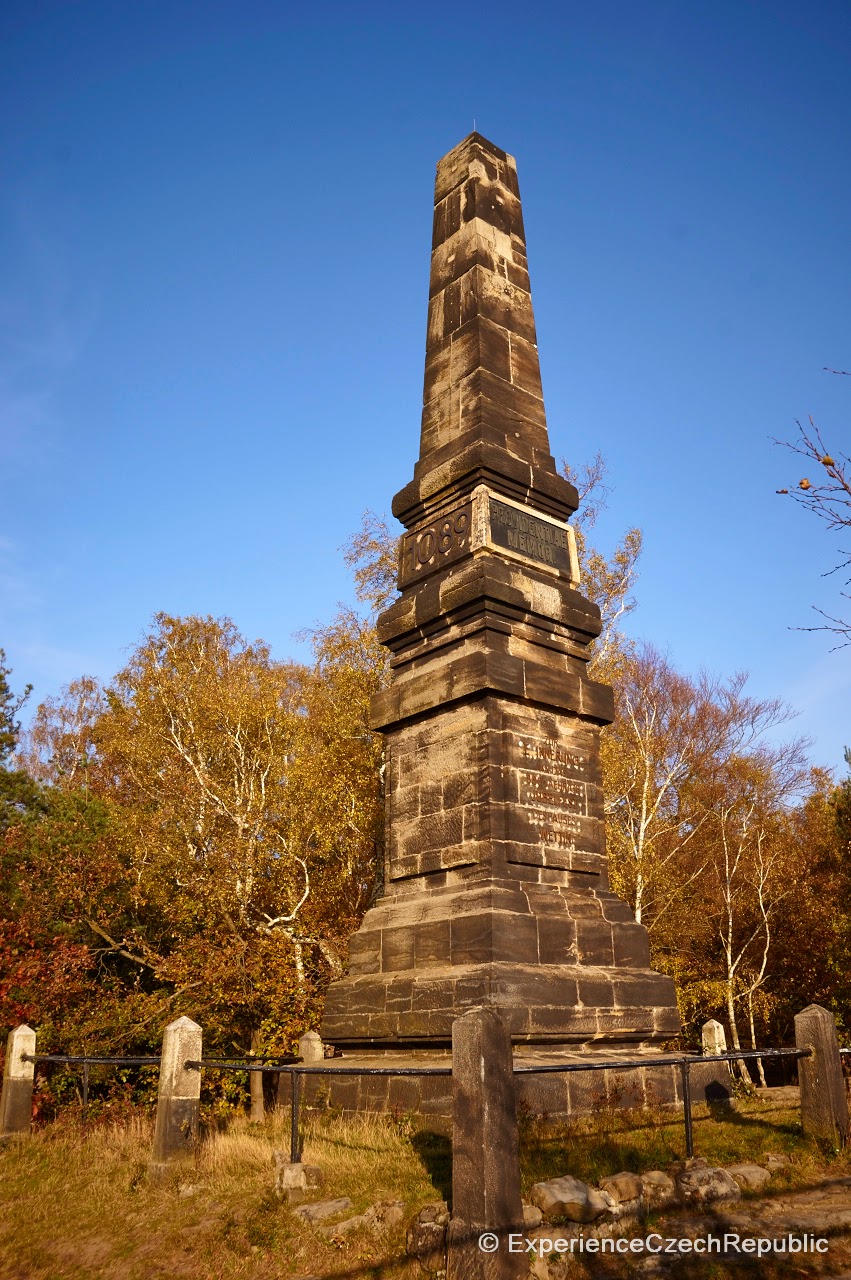 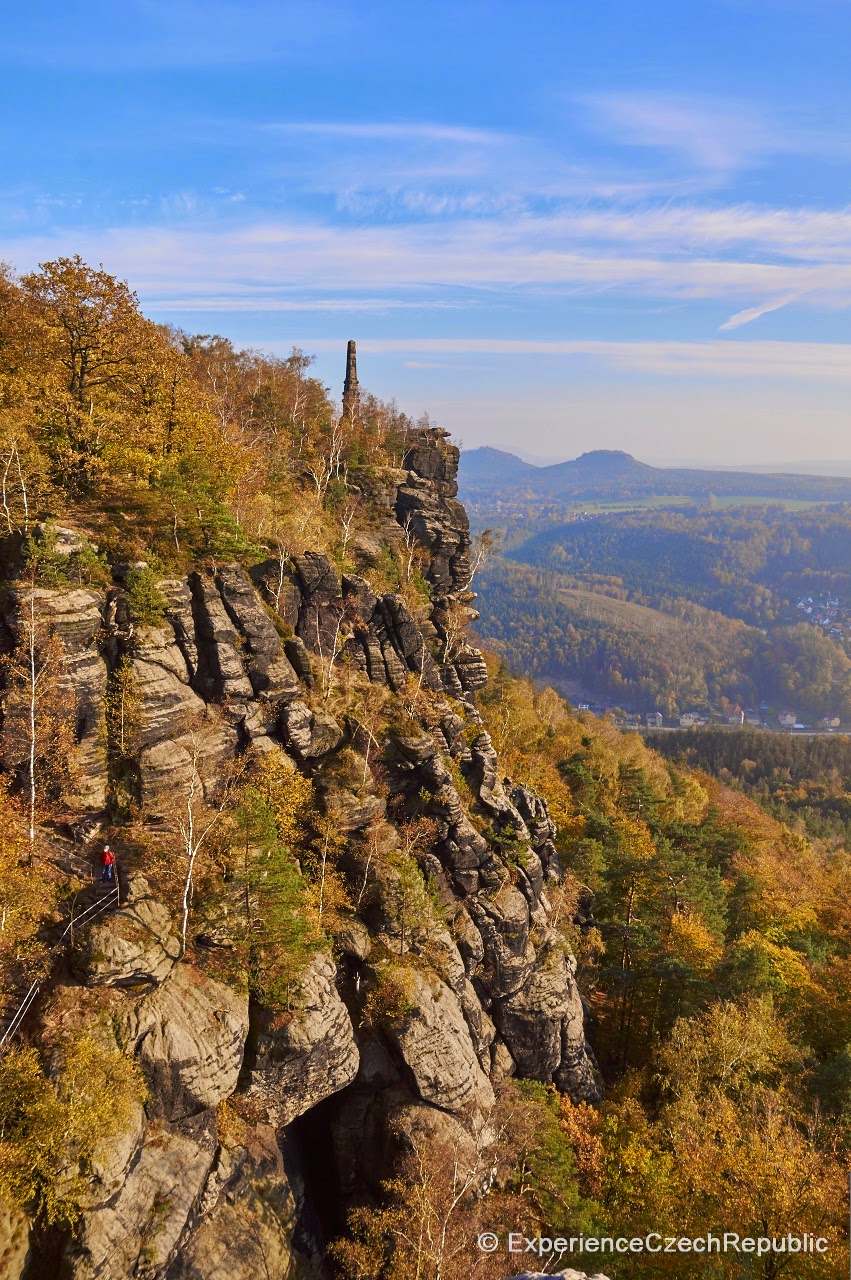 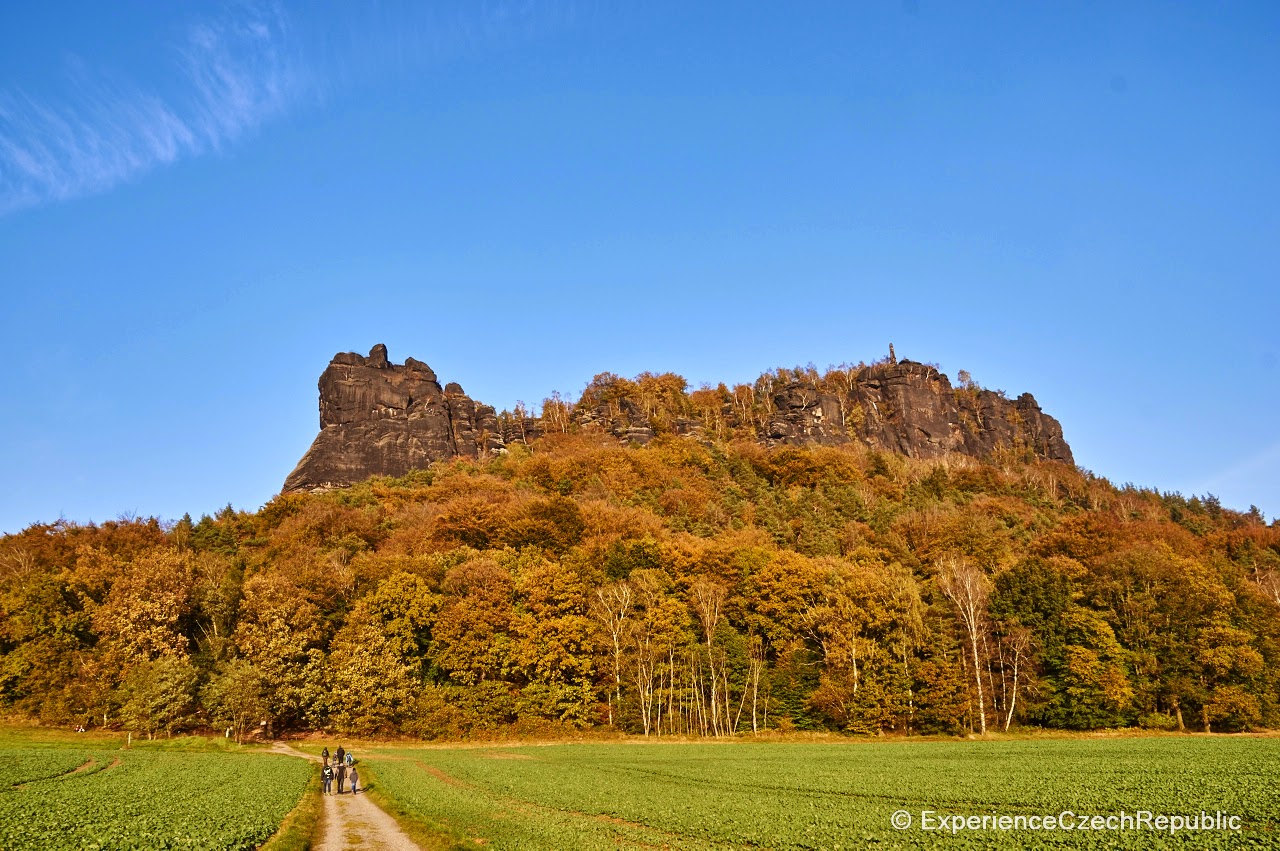 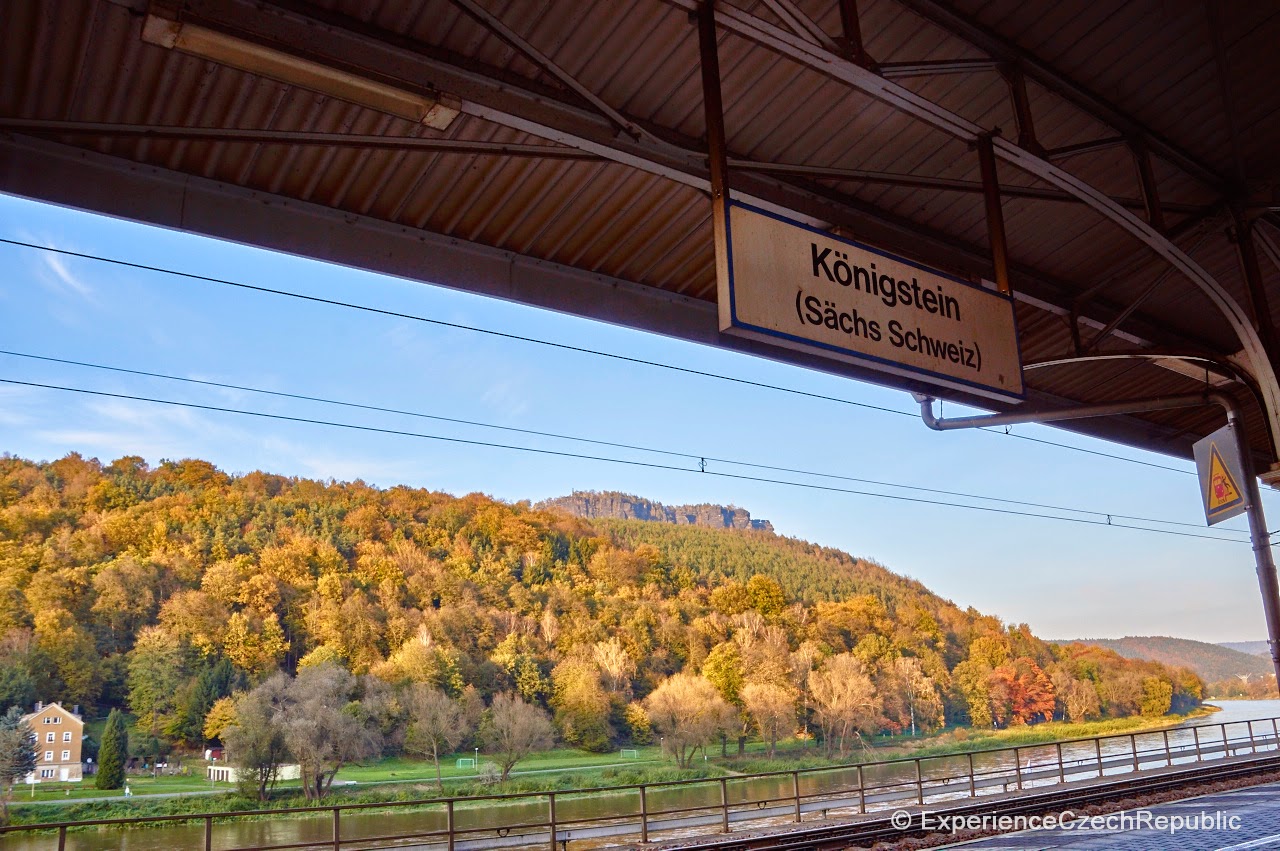