My bike trip to Lysice castle started in Cerna Hora, a city remote 26 km north from Brno. Both cities are linked by route 43 from Brno Ivanovice, which gives us an easy 20 minute drive. Unfortunately Brno and Cerna Hora are not connected by train, but if you insist on going with one Rajec-Jestrebi station is close by. If you decide to go by car, in Cerna Hora you may park in front of the brewery if you happen to be that lucky or at náměstí Míru in front of Restaurant u Korcu. On the other side of the road, there’re also some parking spaces.

You’ll will find the cycle path marking close to the Cerna Hora brewery.

Start on cycle path no. 5141 (for a moment along with 5197-so don’t be mistaken you got lost), then change to 5144 in directions to Dlouha Lhota and Kuncina Ves, you may want to have a short break after this leg so I suggest visiting  Babylom watchtower, where apart from climbing the tower and admiring views, you may also rest for a moment, eat snack and supplement water. After that get back on the cycle path 5144 in directions to Bedrichov, or you may also take a shortcut and follow the green hiking path which connects with the cycle 5144 in Kozarov.  From Bedrichov,  path no. 5143 leads directly to Lysice , signs in the city will show you the way to the castle. In order to get back to Cerna Hora follow the 5143 cycle path which leads to Skalice nad Svitavou, but in Krhov change to cycle path 5201, which goes along another observation tower Maly Chlum, to city Boritov and gets back to Cerna Hora. 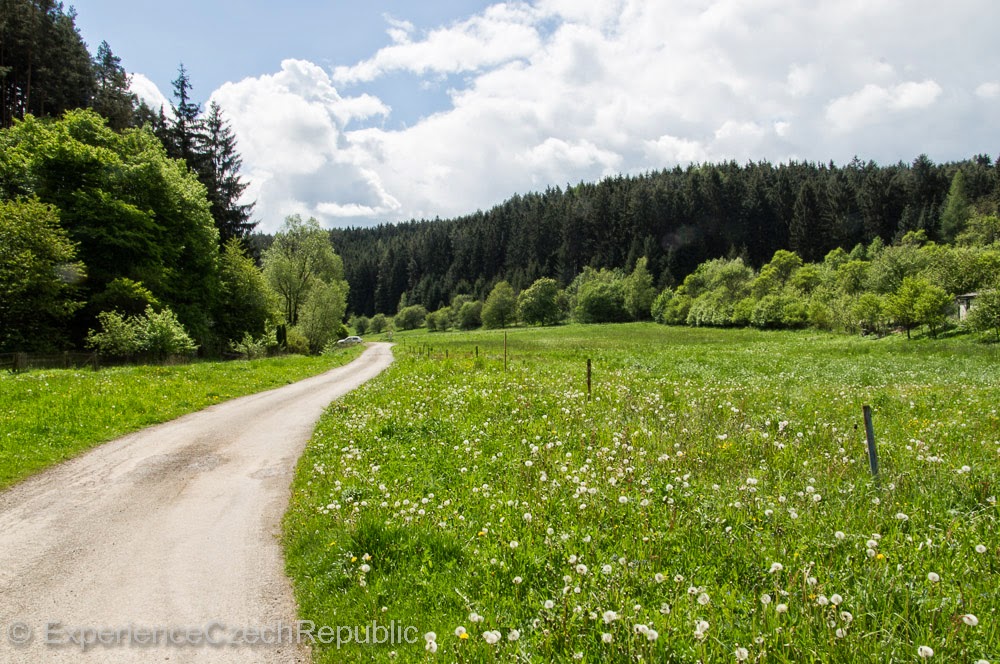 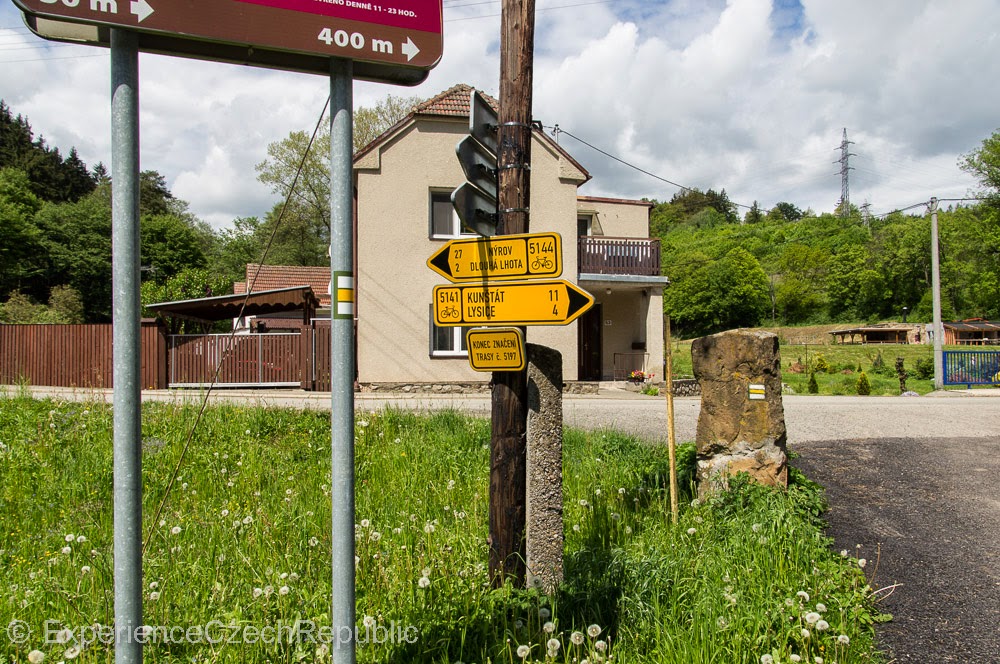 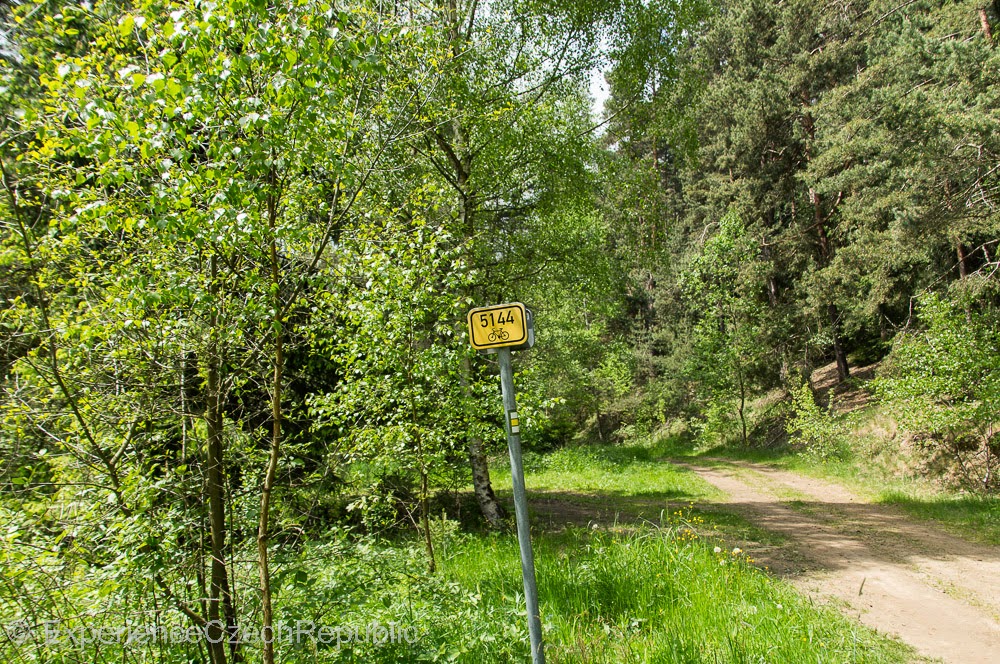 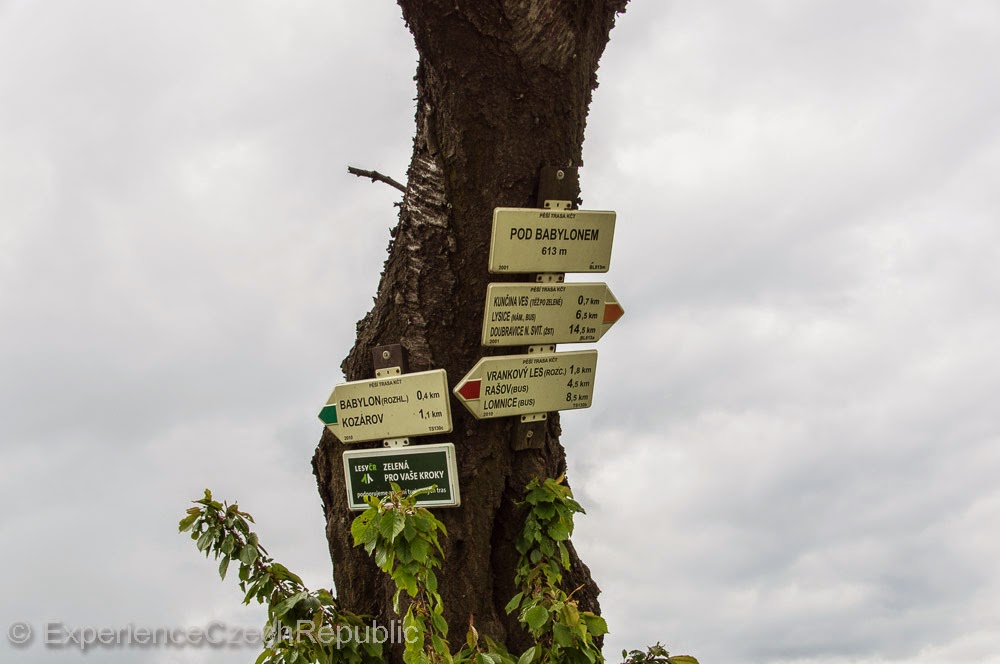 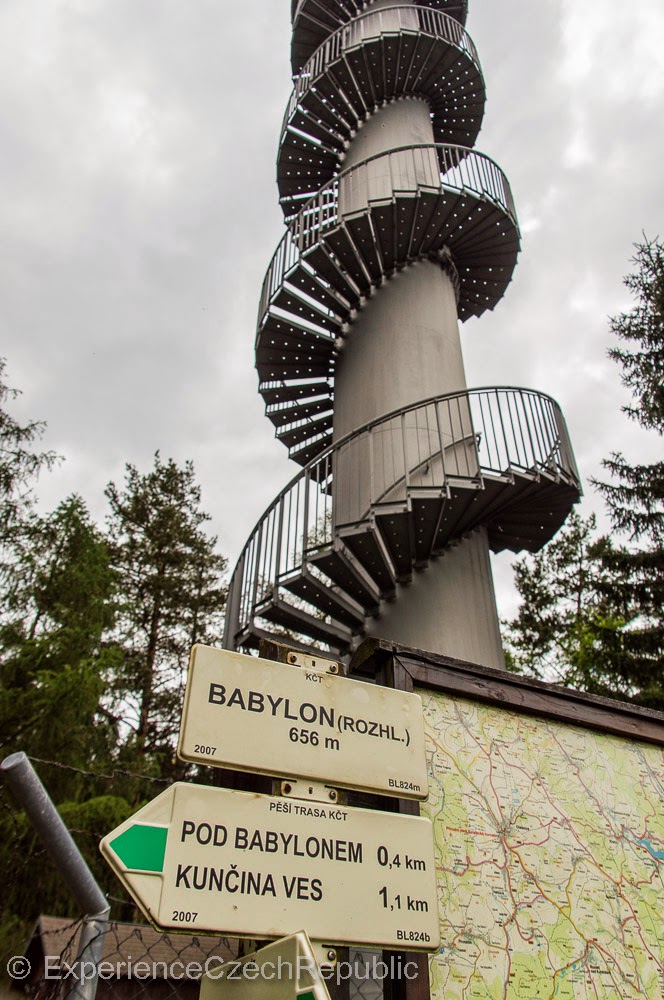 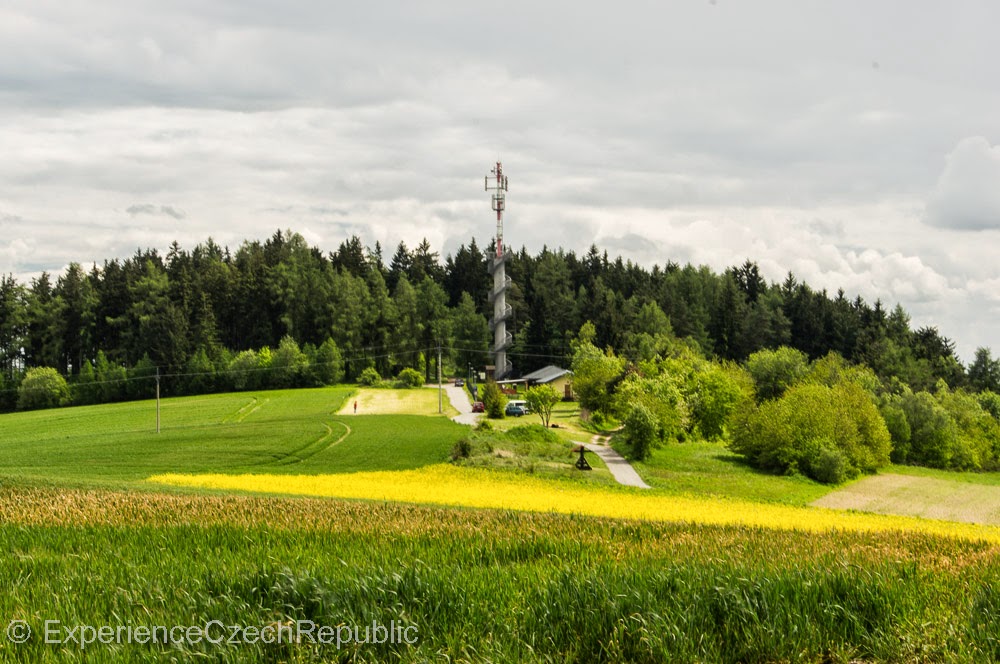 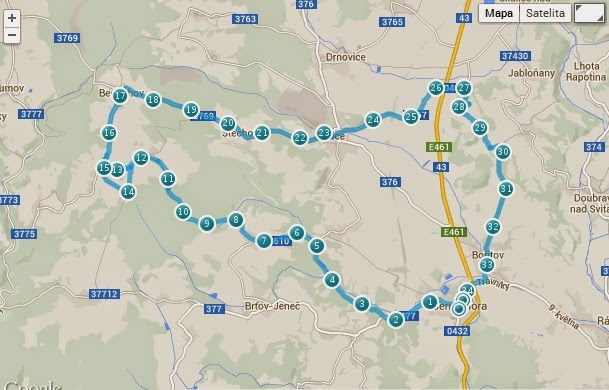 It summed up to about 35 kilometers, but it’s also possible to go the shorter way both sides. From Cerna Hora through Bykovice to Lysice and the in Krhov to Cerna Hora, which is about 20 km. 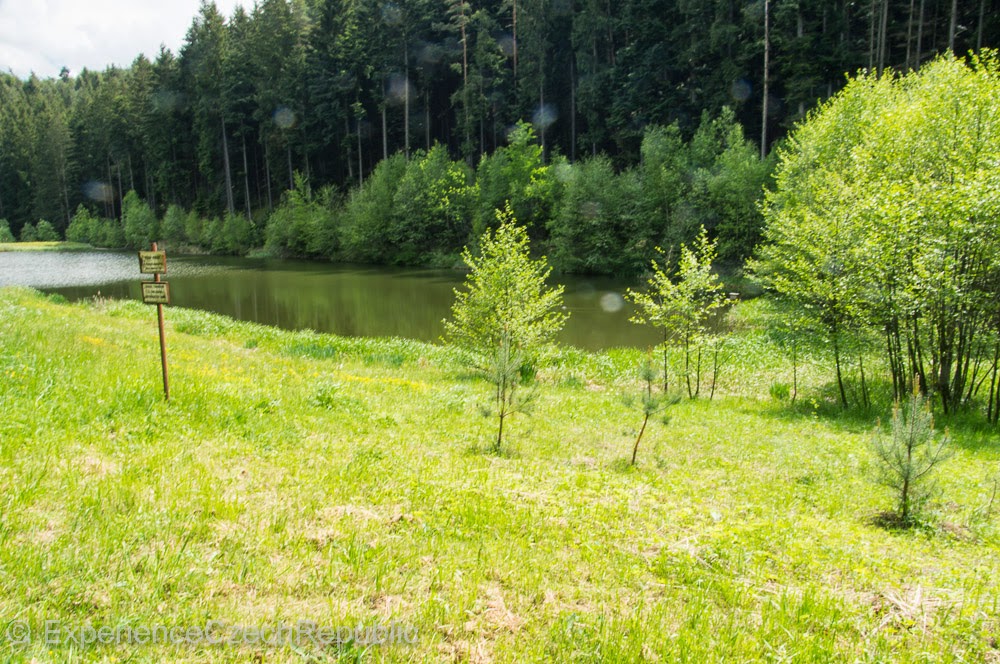 I chose the longest way as I had the whole day all for myself. It took me several hours to complete the tour. The cycle paths all together are a bit demanding, I either rode 10 km or 50 km per hour. Small hills, bigger hills, and huge “mountains” predominate the terrain. Maybe that’s the reason I didn’t meet many cyclist there. 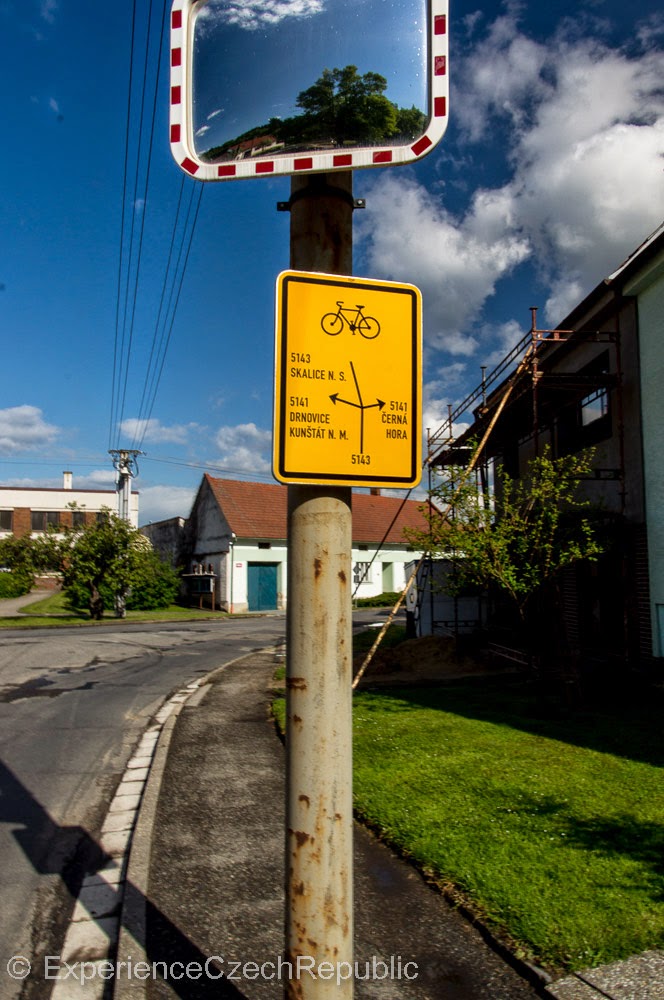 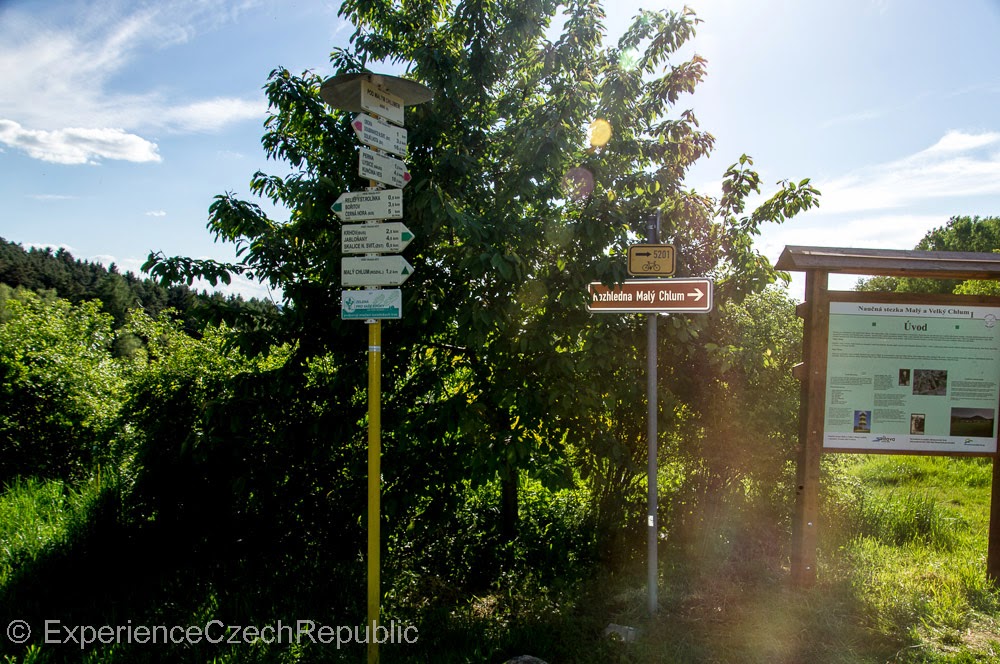 One thing I need to praise these area for is the great marking. Every time I thought I need directions, the sign appeared right in front of me. Even though I was all alone, I didn’t get lost. With my notes and a map in my head I managed to go the way I planned to. 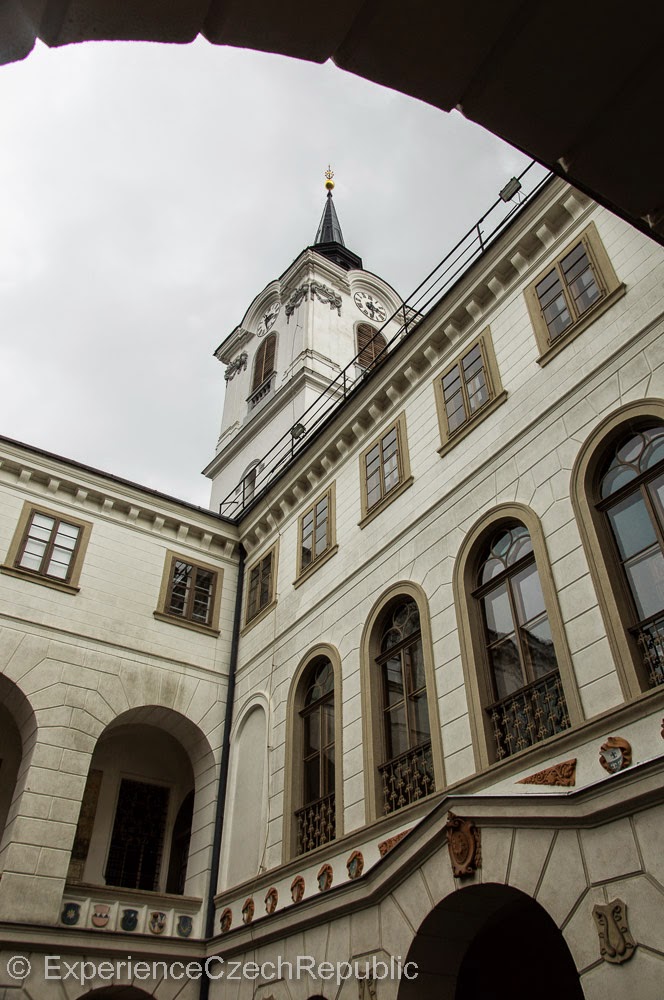 The main point of the trip was Lysice castle, which was built on the renaissance water fortress . At the first sight it doesn’t seem to be interesting, but the further you go the more interesting it becomes.I wanted to visit the famous garden with promenade colonnade only , but the lady in the ticket office convinced me I must see the unique interiors as well. She recommended the number 1 route describing it as the best of the best from the castle. 15 minutes later I was standing in the main hall embellished with antique Doric, Ionic and Corinthian pillars. Two on every ground. Then the tour moved to the Marie von Ebner-Eschenbach’s library staffed with books. From here next steps were dining rooms, ceremonial rooms, which currently may be rent for a wedding ceremony, small chapel, ladies bedroom with hidden doors leading to Count’s bedroom, kids bedroom with stunning view and hidden entrance to the promenade and oriental room with souvenirs from Ervin Dubsky’s journeys. Nowadays only 10% left from what was imported from China, Japan or Turkey. The Japanese candle light lamp brought my attention. Once all the candles are lit, they create the astonishing effect of the moving postures on the walls. We could only imagine that. I’ve heard more of Ervin Dubsky and his adventures when visiting the armory with the quite impressive collection of fire-arms, small arms, 8-10 kg heavy swords or armour and Dubsky’s library with around 5 thousand books, among which I could admire his world’s atlas. 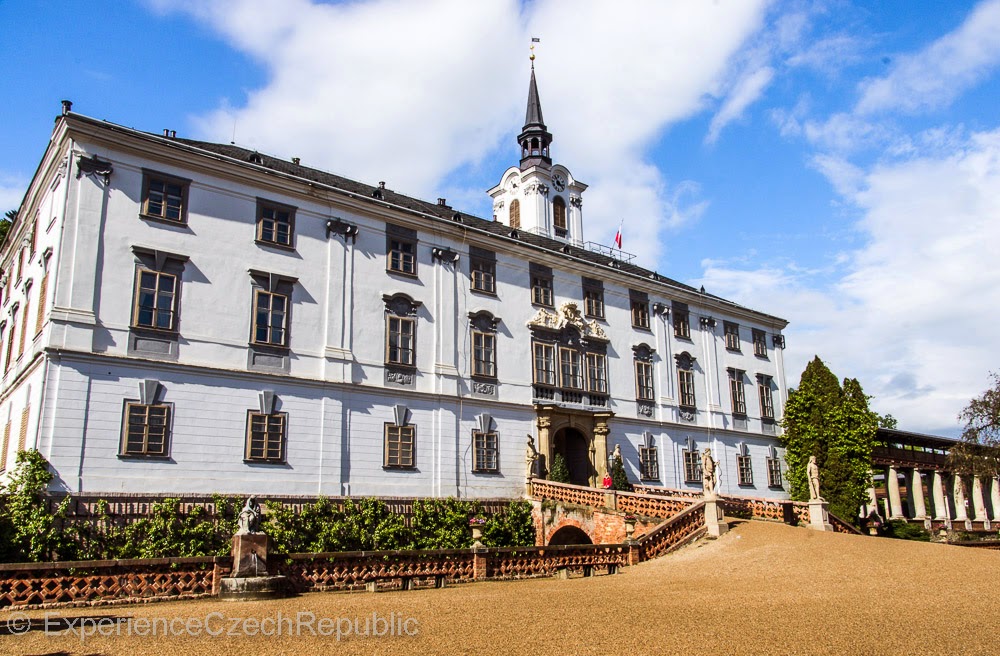 The interesting fact I didn’t know about and is worth mentioning is that Matylda Dubska, mother of 12 children who lived in the castle in XIX century, was the founder of first kids hospital in Brno-Cerno Pole. The hospital is still functioning today.

After the 50 minute tour I went to the café u Kocarku to gather my thoughts and prepare myself to see the one and only promenade colonnade in the garden, which used to serve as a herb garden. During ages garden has undergone metamorphosis  into Renaissance, Baroque and Empire style. The most important and the most impressive construction in the garden is the wooden and concrete promenade colonnade. The moment I step on it I felt like a duchess on a noon walk. Every corner reveals new and remarkable view on the castle, wooden craft reminds of the sacrifice and hardship. This place lures by its beauty and originality, deprives of clear thinking and forces to daydream.  Definitely a memorable experience. 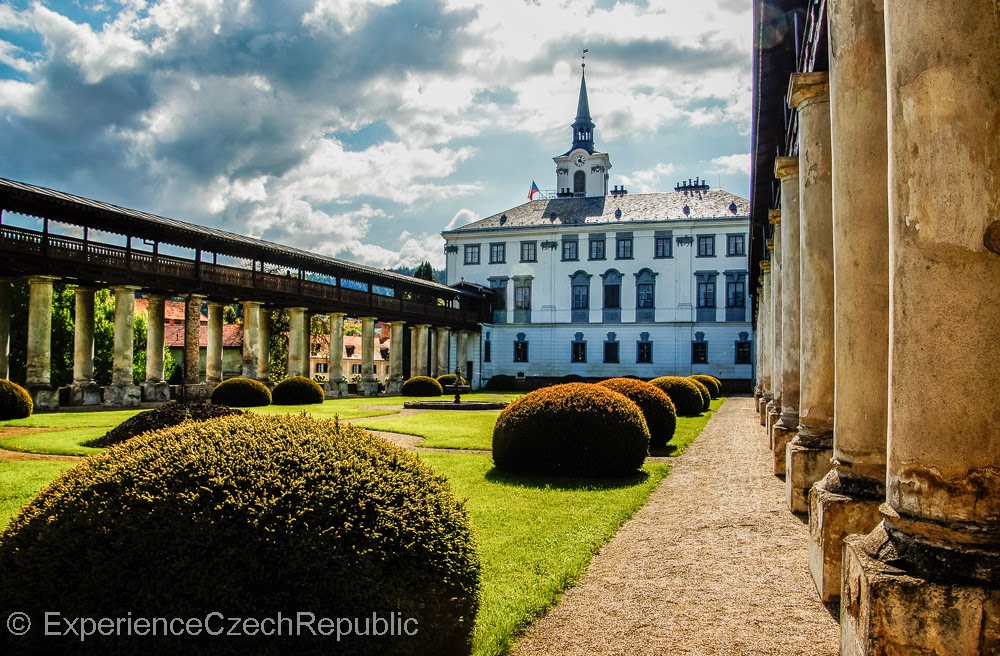 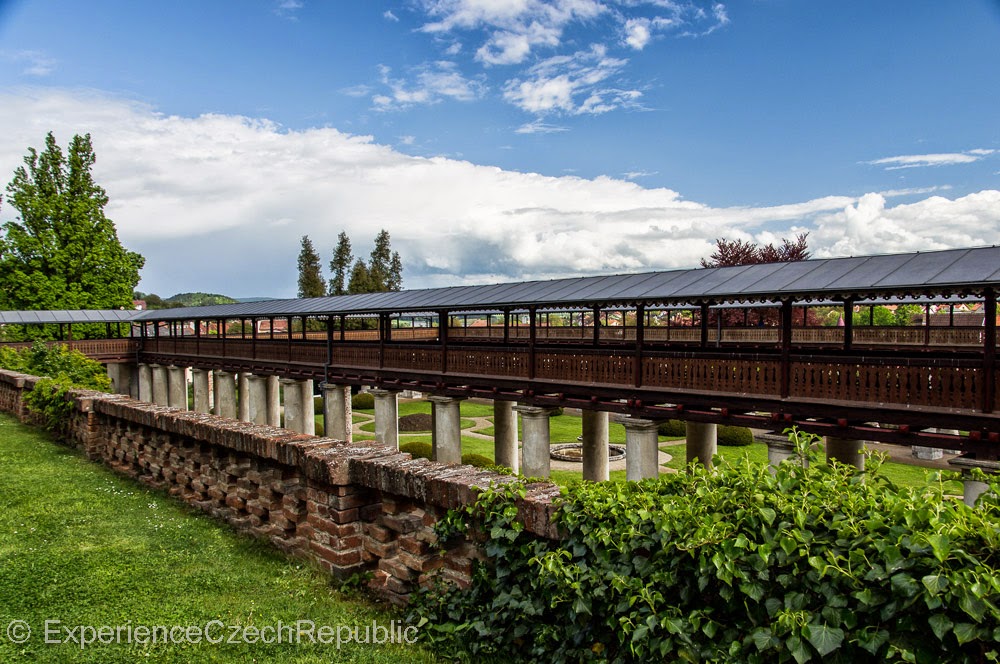 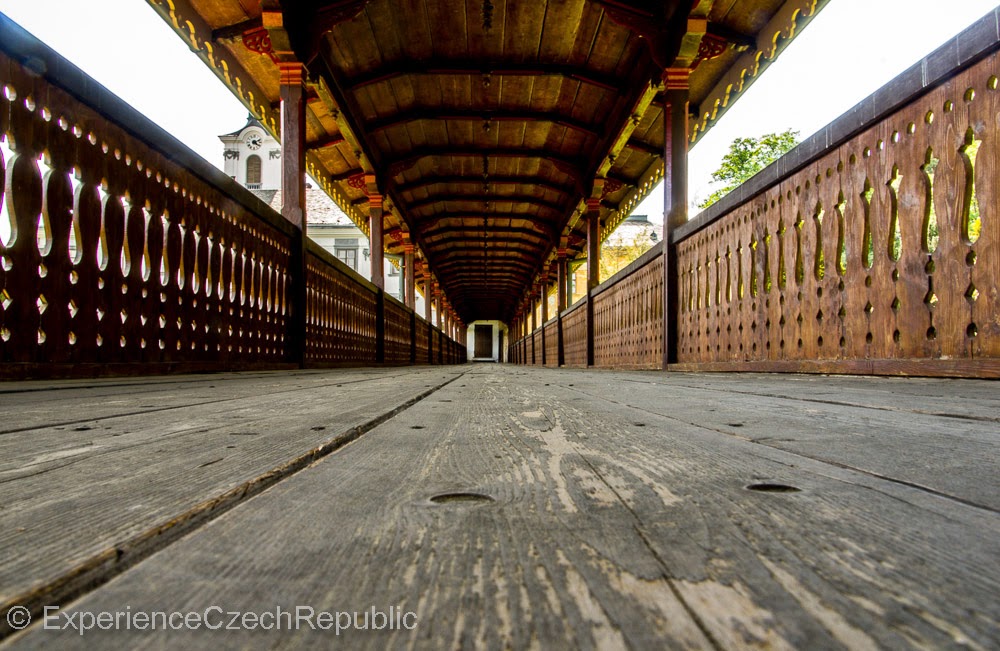 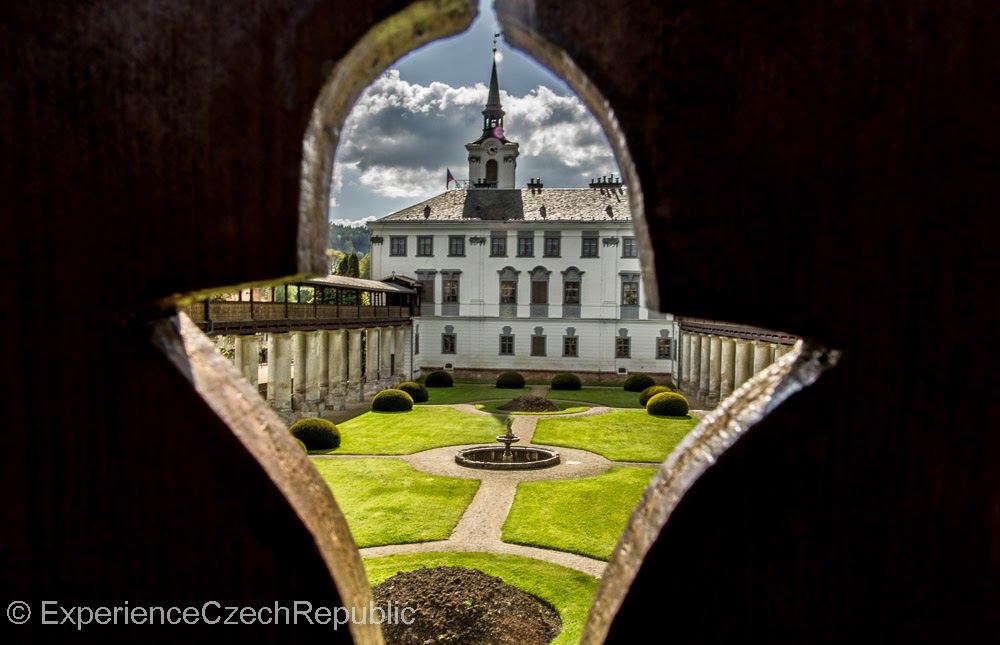 Until 28th of June the garden may be viewed on your own for 40 kc, during main season since June 29th to August 18th there’s an organized tour for 70 kc prepared for you (in Czech only). More about prices and opening hours. 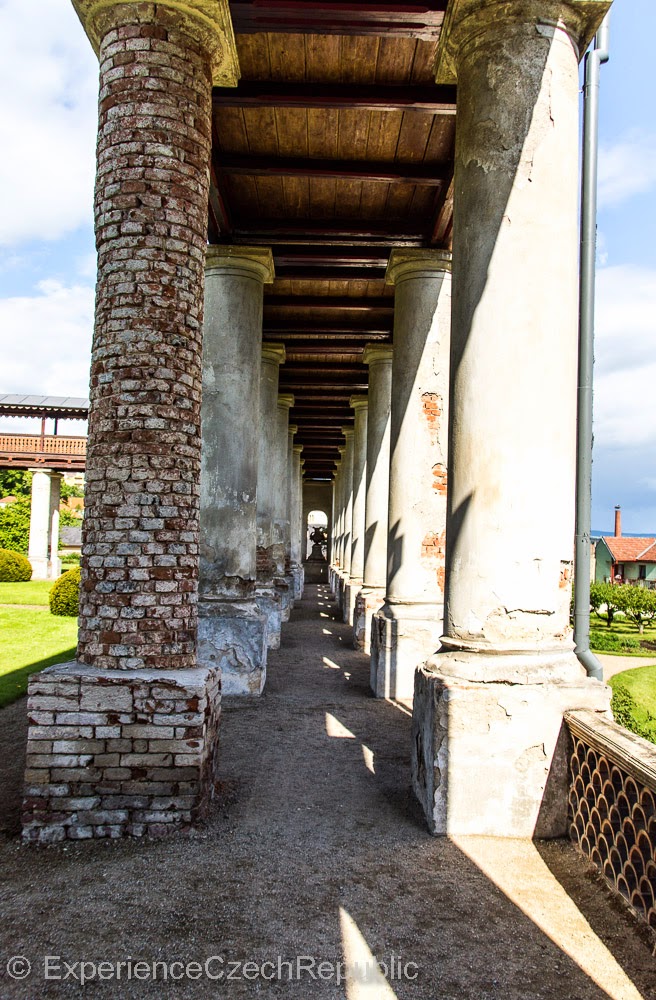 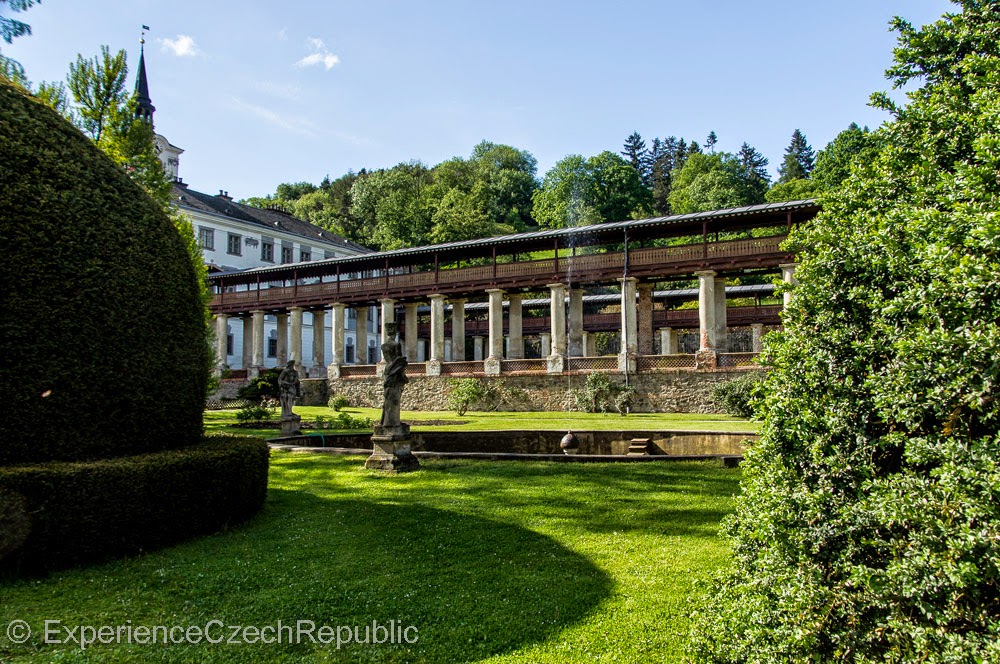 I finished the tour in Sladovna Restaurant in Cerna Hora founding myself a real feast. Smell of delicious food accompanied by the smell of hop was a fantastic mixture. Unfortunately I couldn’t allow myself to buy one of the Cerna Hora’s beer, so I indulged in the smell only. And believe me that was more than enough.


Enjoy the trip
Written by Asia