Last Sunday we set out for a combined tour: a bit of history, geography and biology.

History… as we visited the hill from which Napoleon Bonaparte led his army against Russo-Austrian Army  on December 2nd 1805 and the Cairn of Peace Memorial built to honour  victims of the battle of Austerlitz.

Geography and Biology…because we had the opportunity to compare different species of parrots in one place. More importantly, we didn’t have to go far in order to do that, no further than 30 kilometers from Brno. 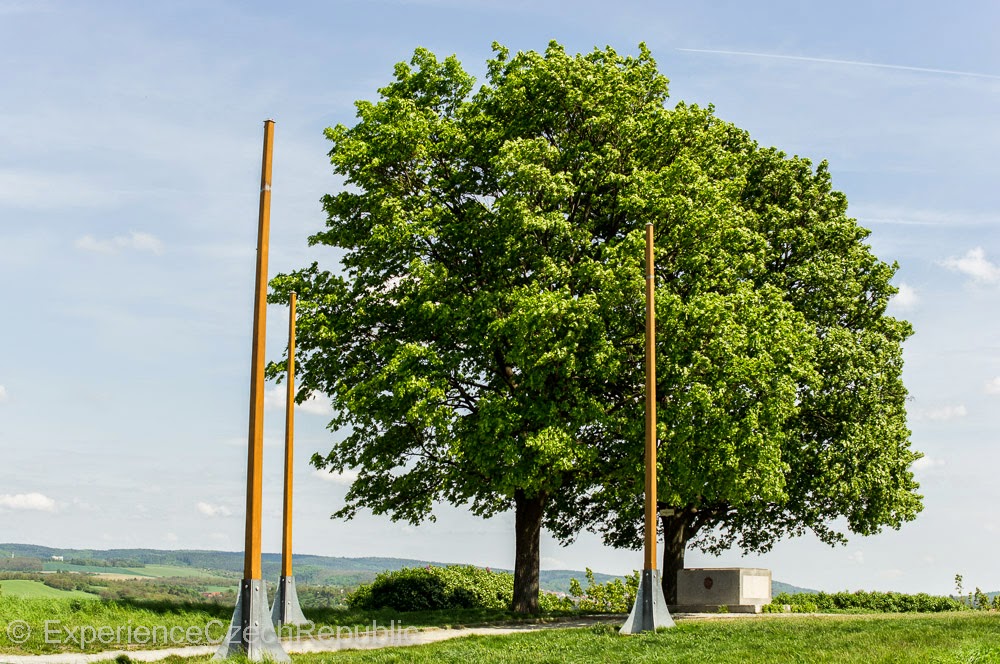 Zuran is a place where Napoleon Bonaparte stood in the flesh more than 200 hundred years ago observing and leading the battle of Austerlitz. Nowadays there is nothing more than two trees, memorial board presenting the army’s layout and great view on the surroundings.  The memorial board you’ll see at Zuran this days is the exact copy of its prototype. Young hooligans stole the original one, but police was able to trace them and retrieve it. A blessing in disguise as the board had already been cut on small pieces. The original board may be viewed at the new pavilion in Mohyla Miru’s exposition. There’s no entrance fee at Zuran, you may stay there as long as you desire to and park your car for free at the parking space. 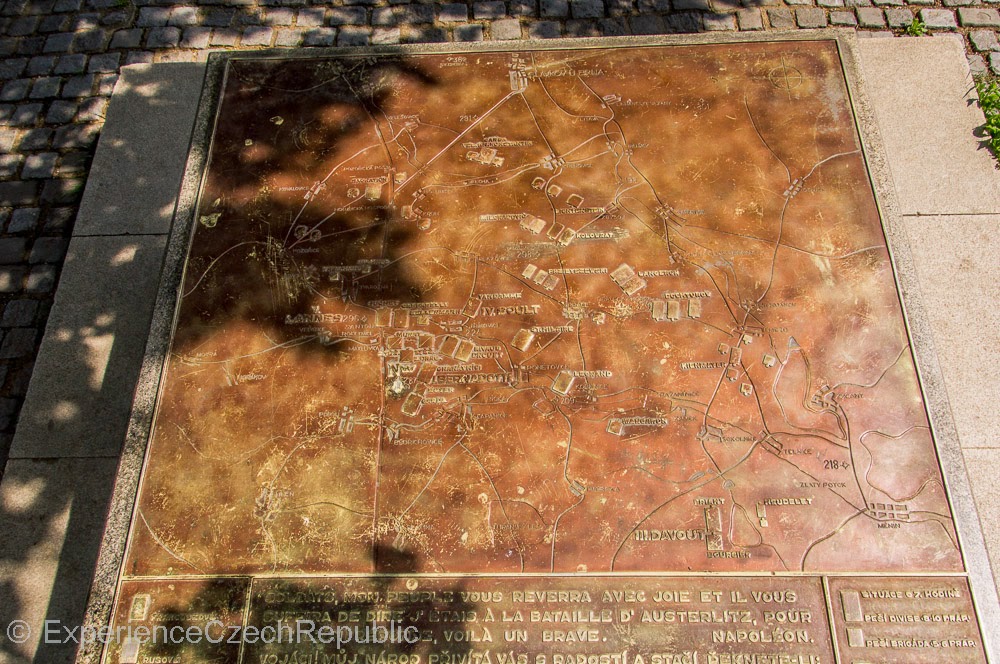 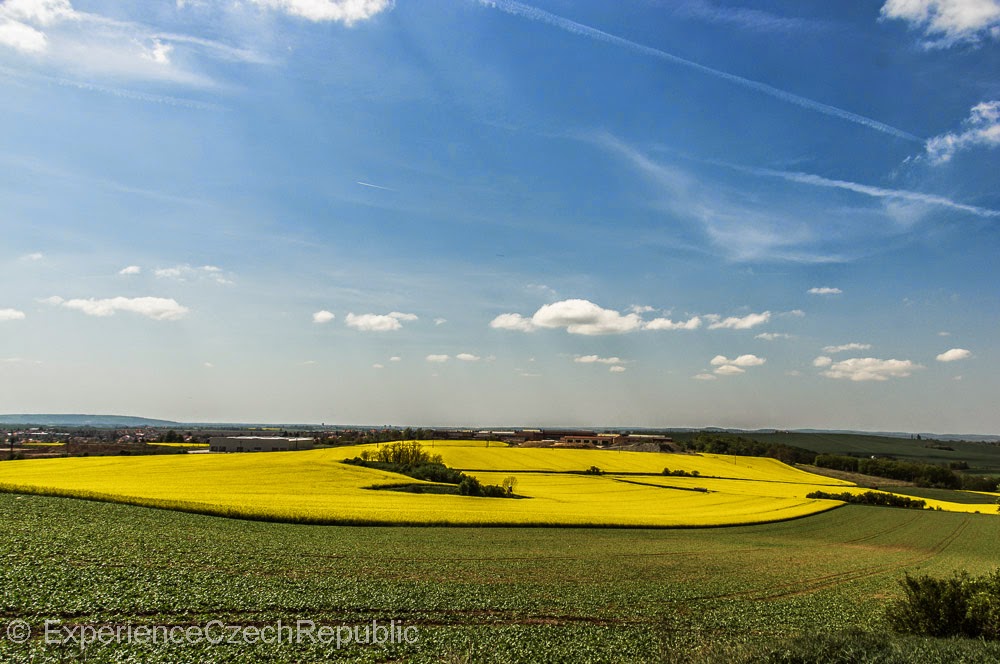 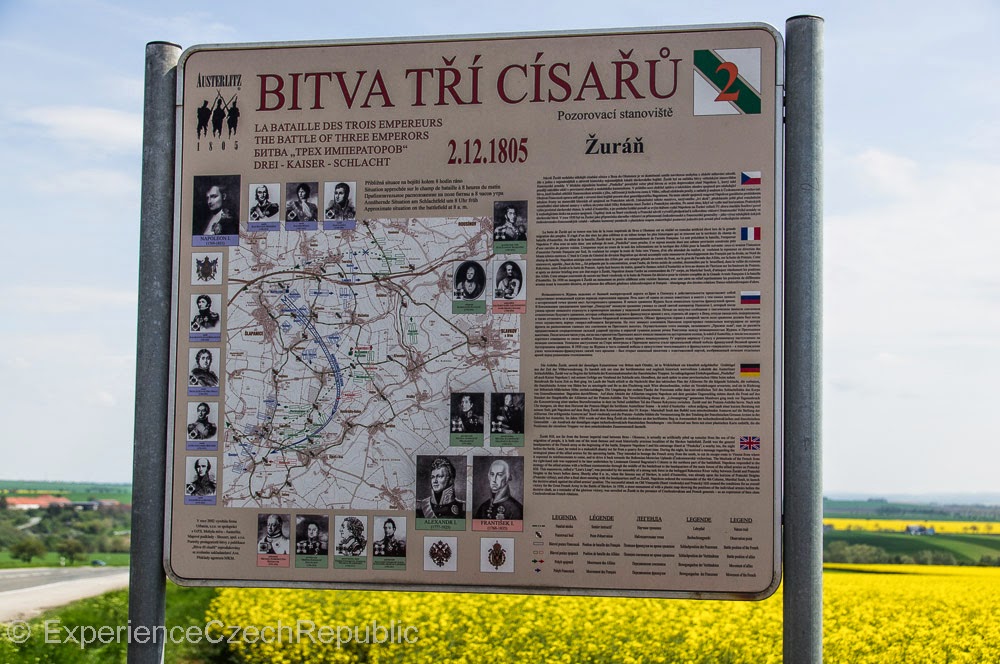 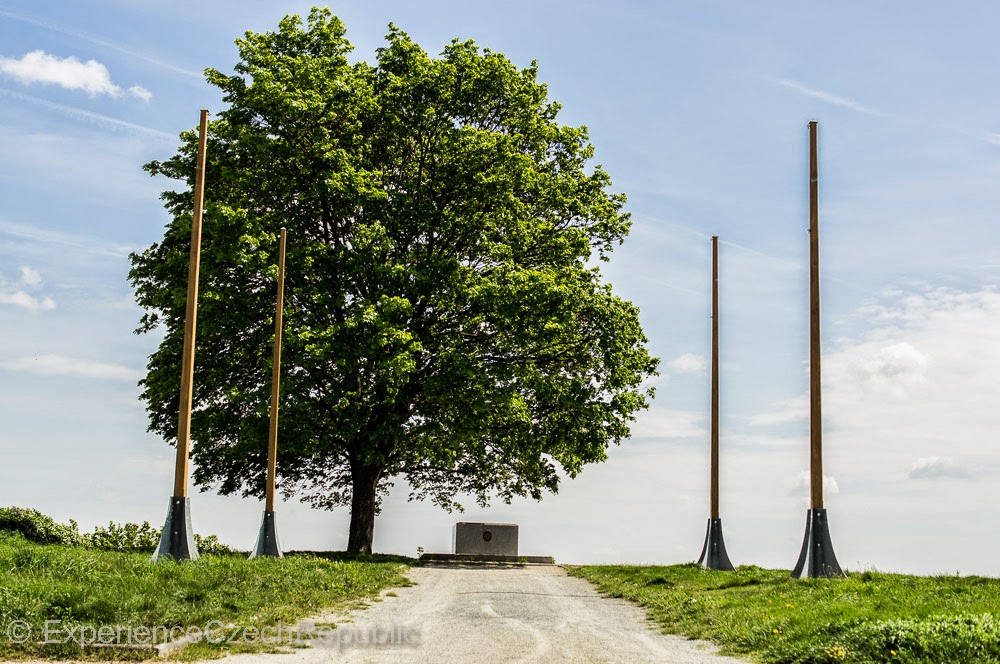 Mohyla Miru is the memorial for Austrian, French and Russian soldiers fallen in the battle. You’ll see a 26 meter high tower built between 1910-1912 from the initiative of priest Alois Slavik. Memorial is embellished with 4 soldiers statues, three of them representing empires that took part in the battle of Austerlitz and the fourth figure represents Moravia, the battlefield. At the main entrance to the chapel, there’re lamenting mother and wife as the symbols of love, sorrow and pain. Inside, the marble altar and a small coffin with
bones found on the battlefields. Chapel has very good acoustic, when standing in one corner you will hear other whispering in the opposite one. Quite an extraordinary experience, almost like the other person was standing right above you. 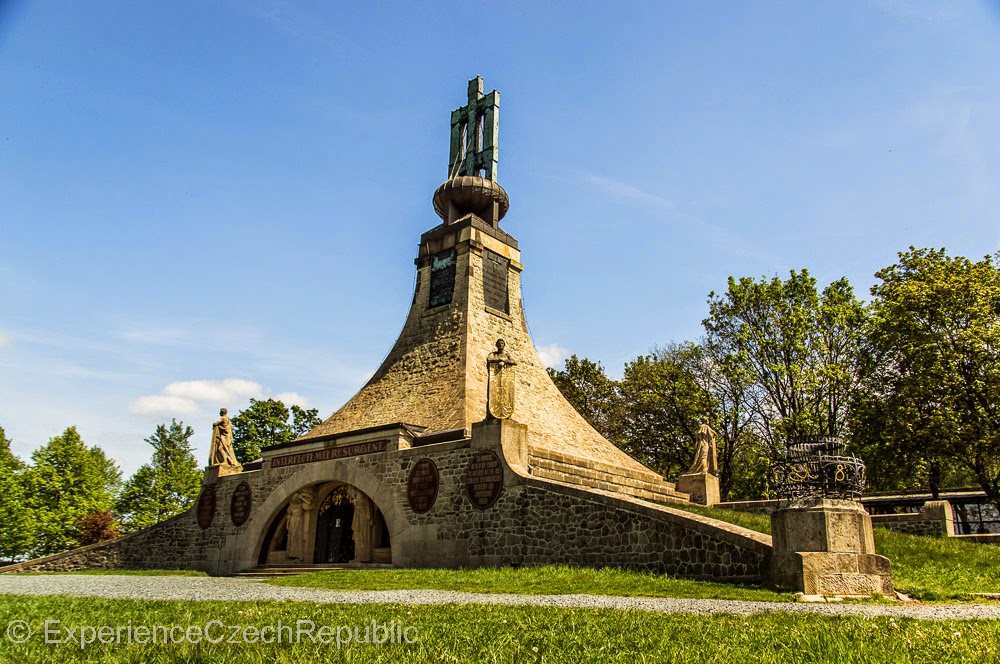 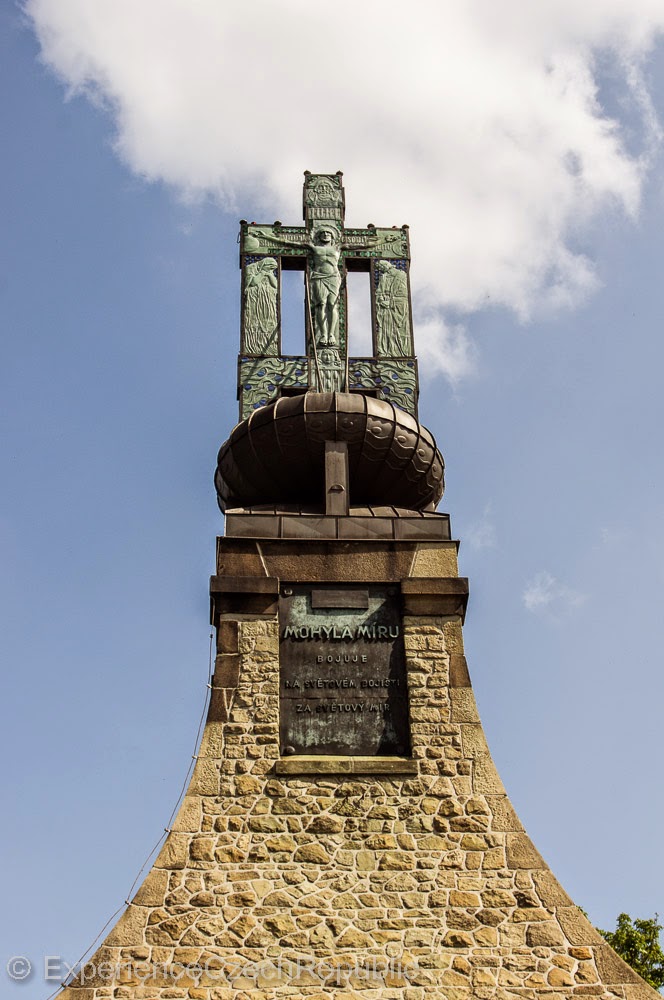 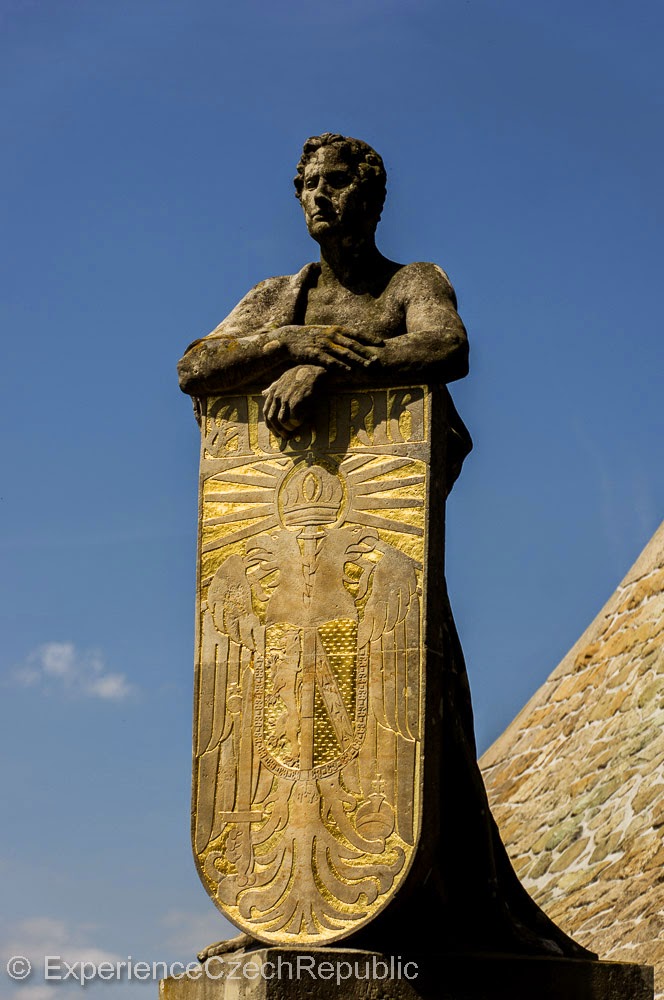 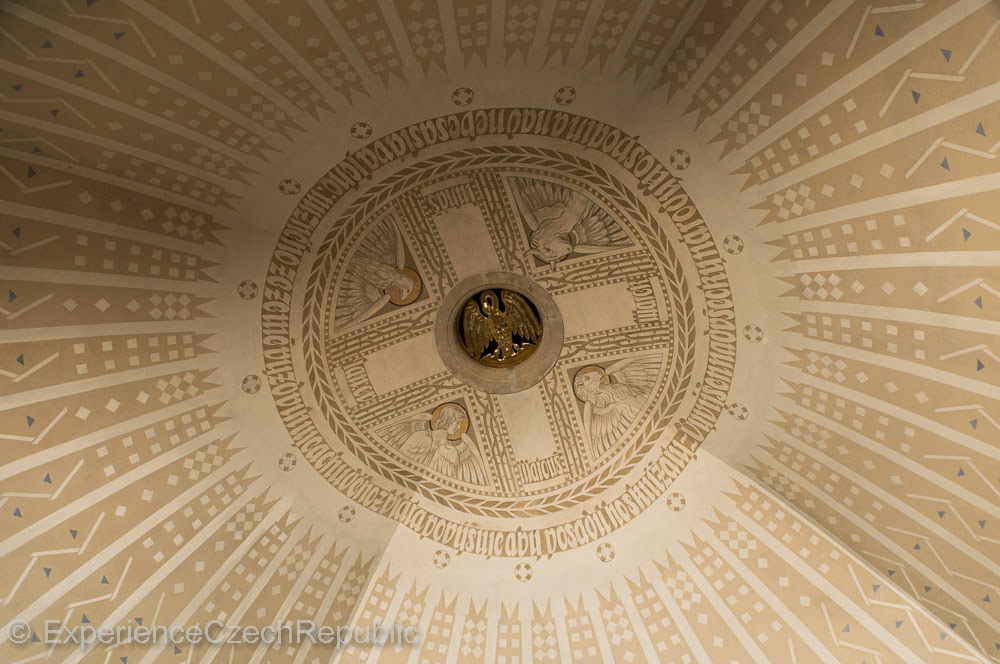 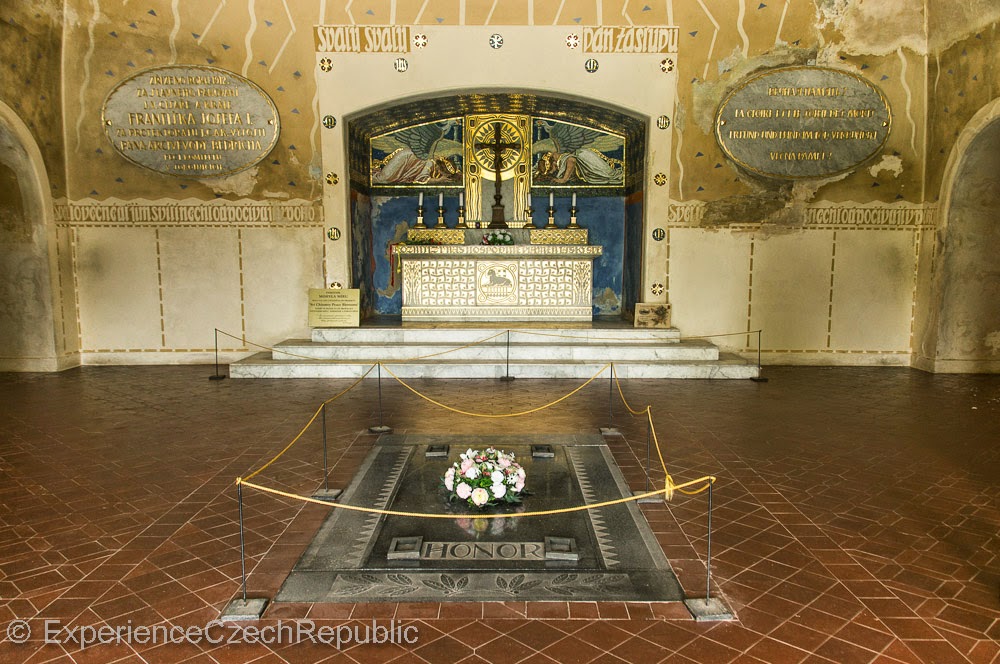 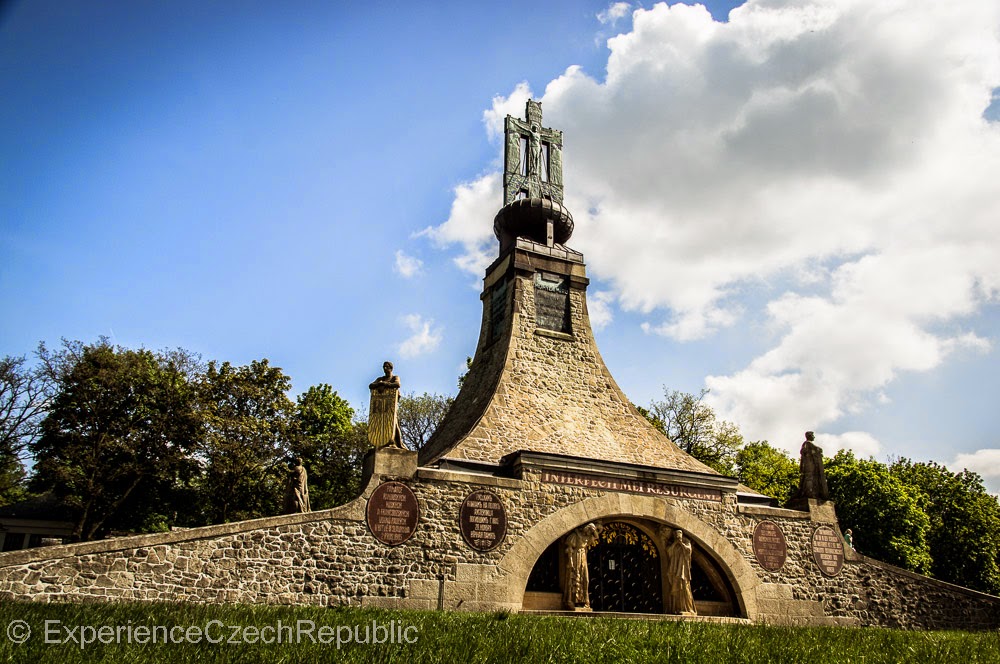 The entrance fee (86 kc) covers visiting the chapel as well as the multimedia exposition. You’ll have the chance to see the genuine weapon used during the battle, soldier uniforms or original books. Gripping multimedia exposition will lead you through the battle from the early stages like planning to the very last like signing alliance in Bratislava. During that time you’ll also get to know the whole course of the battle. At the end you’ll have time for yourself to go through the new pavilion fulfilled with souvenirs, posters, paintings and statues connected to the battle of Austerlitz. It shouldn’t take you more than 2 hours.  As long as the whole multimedia exposition is held in foreign languages(English, German etc), the last part is written in Czech version only.

Zuran and  Mohyla Miru are not the only remembrances of the 1805 battle. You may take into consideration Santon hill, Old Post Office and Chateau Slavkov u Brna-Austerlitz, which are also among the most popular places connected to 1805 battle of Austerlitz. 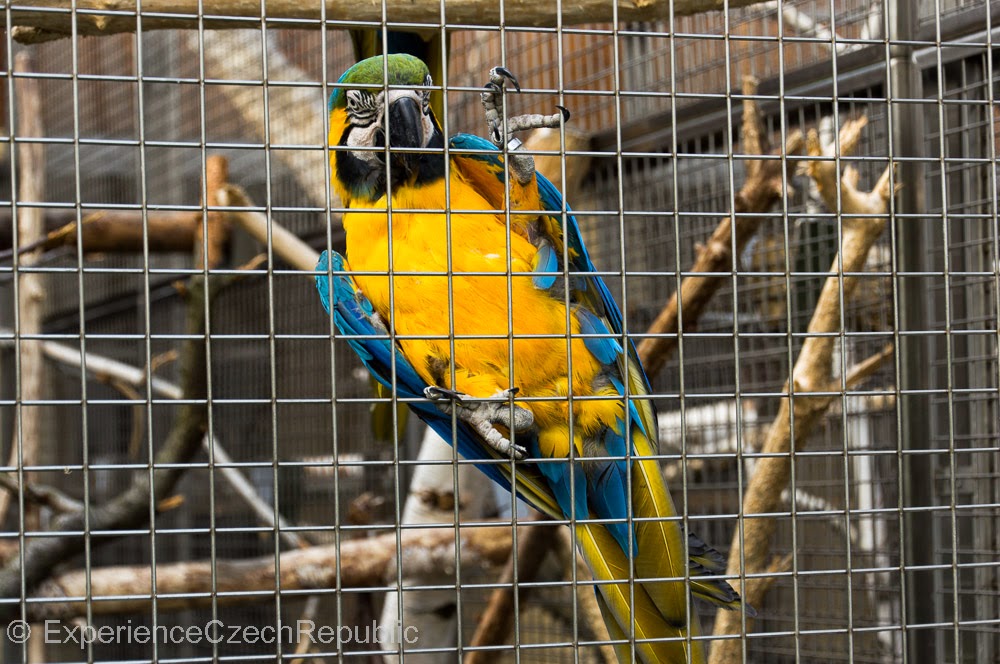 The parrot’s zoo in Bosovice is the first one in the Czech Republic of this kind, with parrots only. There’re more than 100 birds from all over the world, but mainly species from Africa, Australia and South America. Aras are the one, which stand out the most, they are much bigger than other kinds and their feather is like a rainbow. Cacadu are lively and joyful, some of them are very friendly, some can “speak” and some of them like Australian Cacadu are extremely loud.  But this is not the only one with that ability. Each and every parrot is described, loudness is the special feature of some of them. The more people the louder it is. Parrots are getting nervous and they squeak and cluck so don’t make them do thatJ Or prepare yourself beforehand, take some earplugs and enjoy. 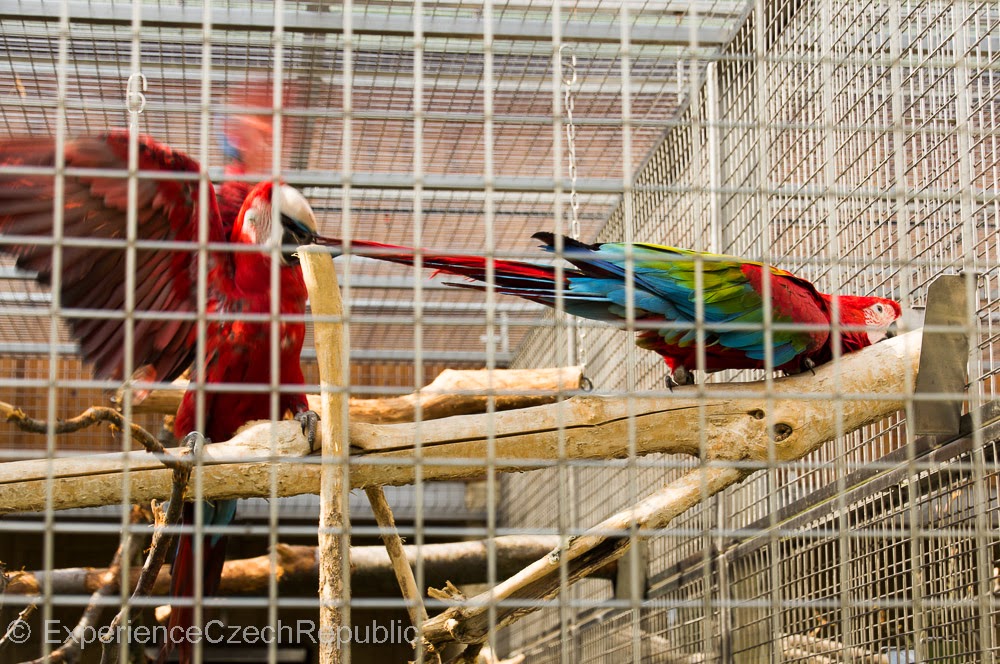 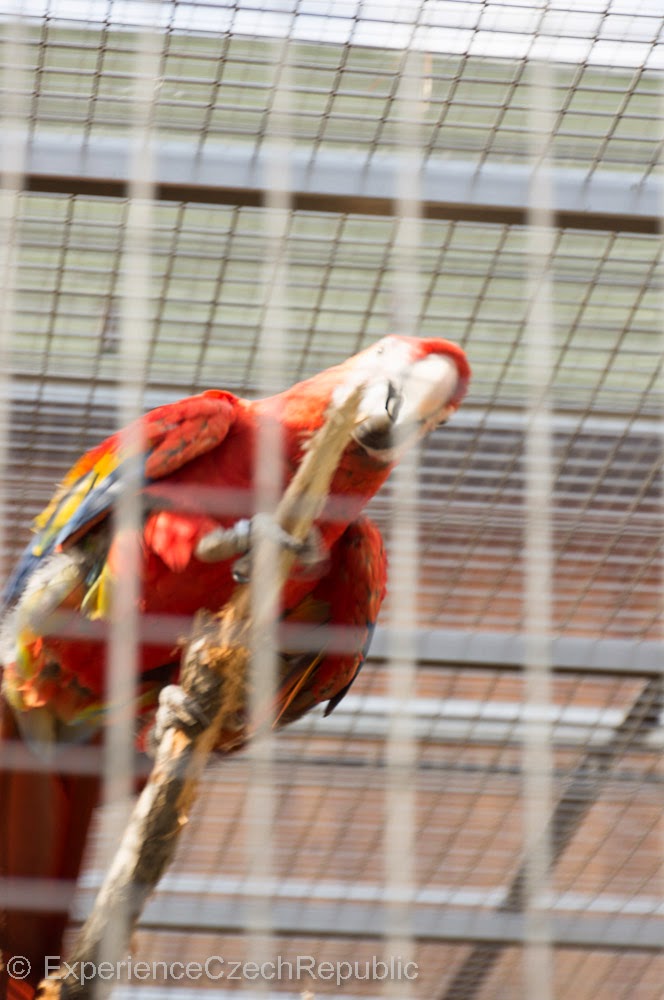 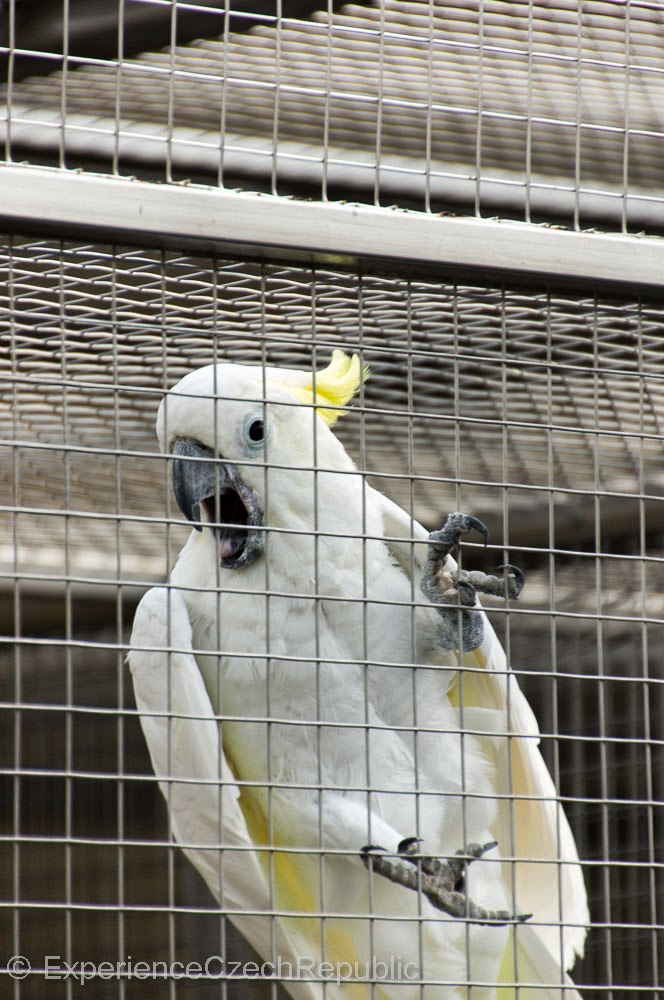 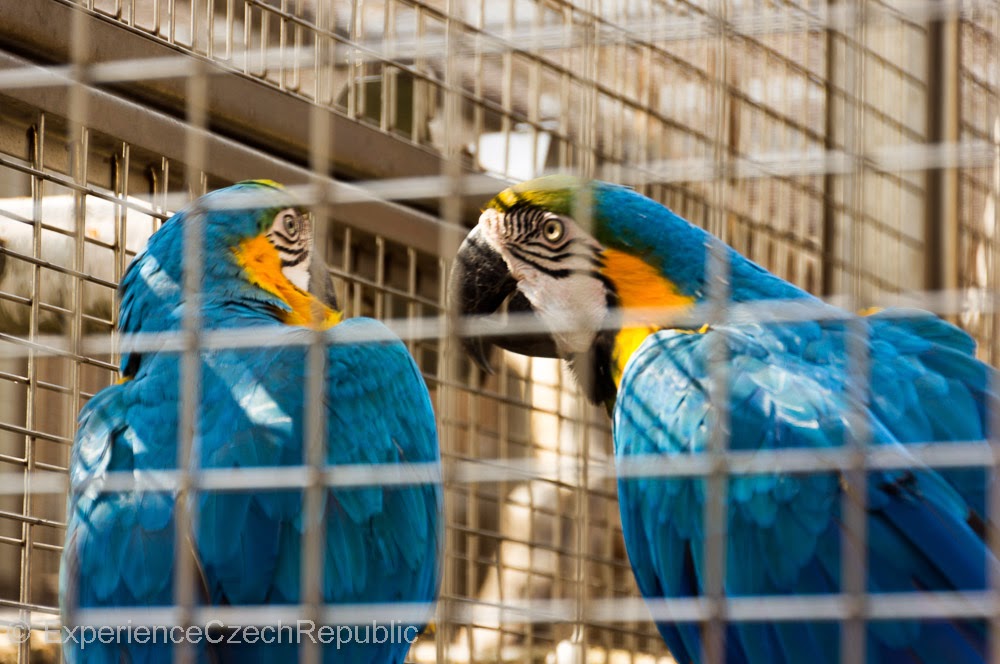 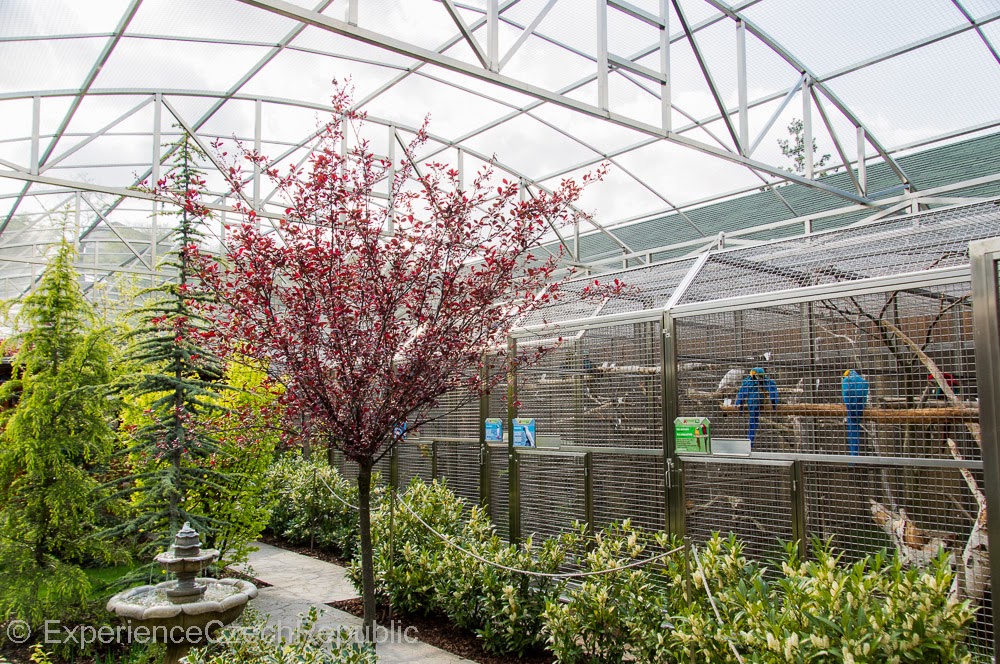 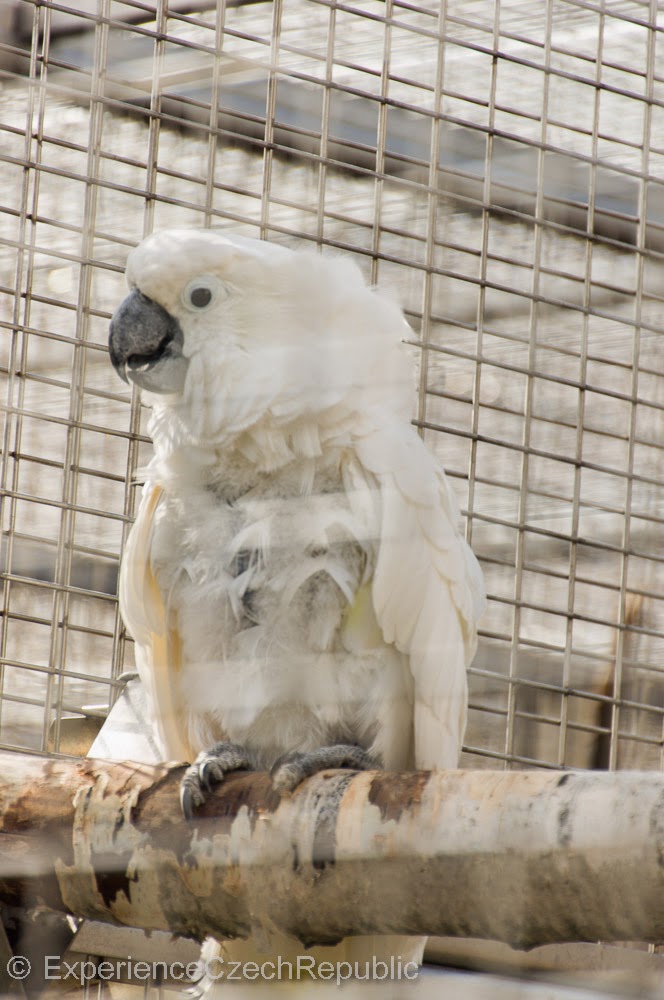 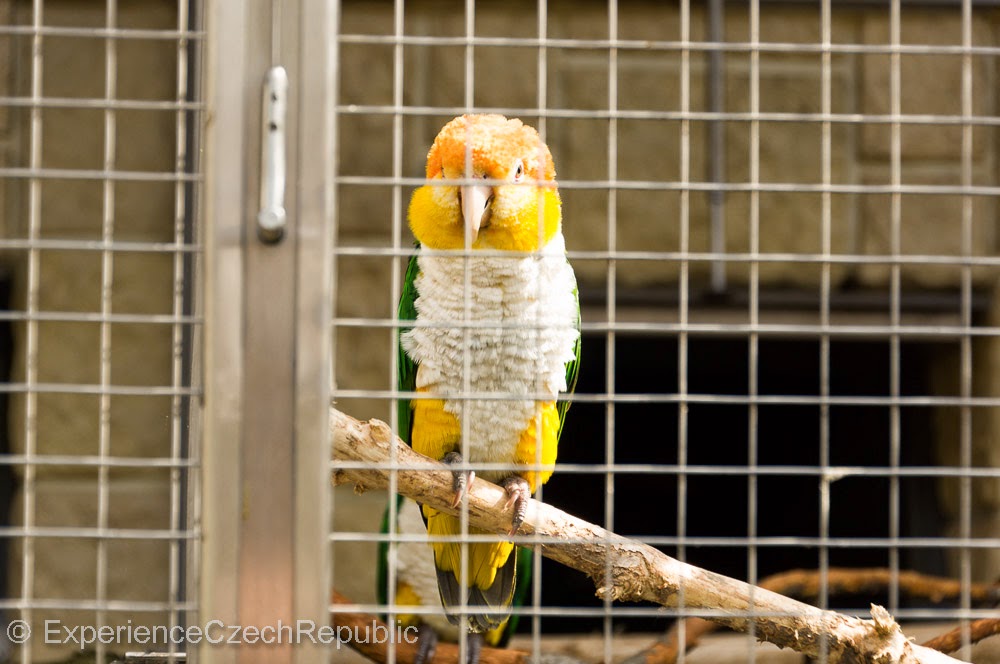 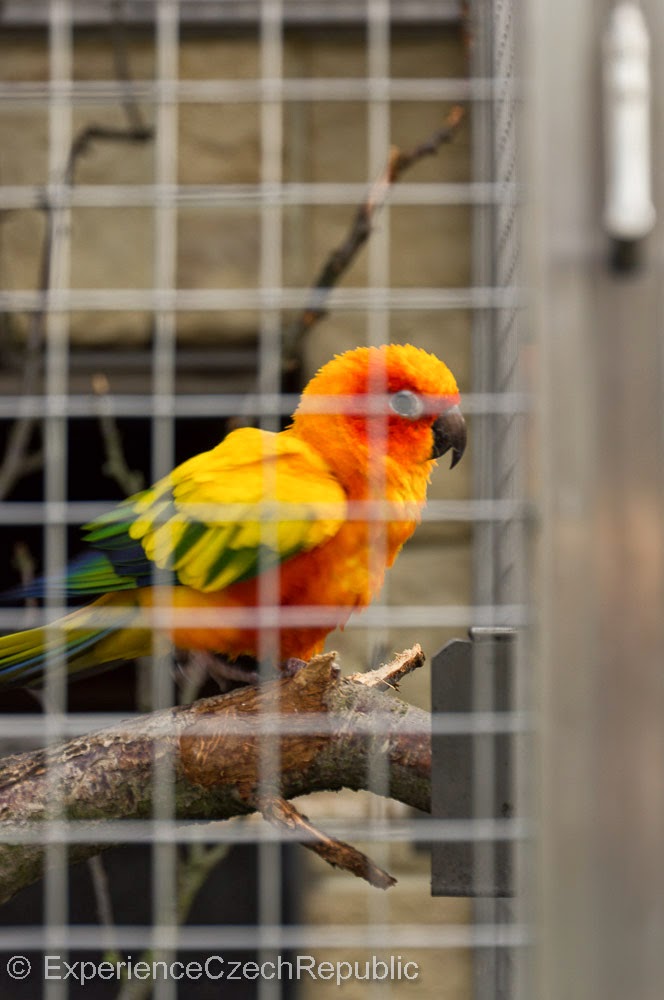 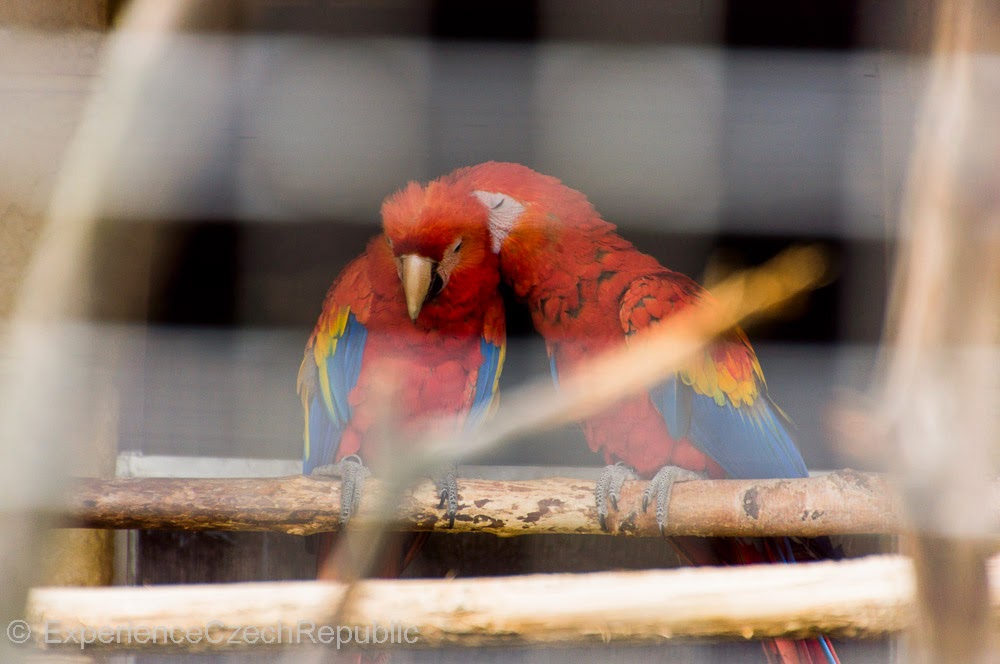 If you want to get to Zuran from Brno follow route 430: go to Olomoucka and Hvezdoslavova. It should lead you directly to memorial place. Or at least that’s what I saw on mapy.cz, but because of many detours, it was more complicated than it looked like. I recommend therefore hitting D1 highway in directions to Vyskov and pull over to OMV petrol station(the one with McDonald), drive through it and  turn right to route 430. It’s much faster than driving along the city searching for the right way. You’ll be a bit further than you should be, so just follow the route in direction of Brno until you see the sign leading you to Zuran. This spot is easily recognizable from a distance.

About 7 kilometers separate you from “Mohyla Miru”, which lays very close to village Prace.


The exact address of parrot’s zoo is Lipova 57-58, Bosovice. It’s another 10 kilometers further from our last stop.
Written by Asia