One sunny Sunday morning I set off for a solitary bicycle trip, about 30 kilometers in 2 hours. It was a quick ride around Brno with a water break in Velka Klajdovka.

This is just  another alternative way I found to get to Bilovice nad Svitavou as well as to Velka Klajdovka. It may be more challenging, because of the up hills, but it’s definitely worth trying.
I followed the ”Brno circle” path number 5005, which has around 70 kilometers in total. I was selective this time and didn’t follow it from the beginning to end. Originally it starts in south part of Brno, but I started in Reckovice. Just the way I rode to Lelekovice(you can follow Banskobystrycka street, turn to Vazneho street then through Palackeho namesti and Hapalova street, under the bridge, next turn right to Jandaskova). Next instead of turning  left to Lelekovice , keep straight and follow the path 5005, it will direct you to Brno Sobesice. Path is nice and pleasant, despite the fact that it’s 3 kilometers uphill. Trees and delicate blow cool a bit. First and foremost, it’s not exposed to sunbeams, which in current temperatures is a blessing. At the crossroads, go straight again to Brno Sobesice and follow again the path 5005. It goes through the city, and all the way down. Beware of cycle signs, because as you gather speed, you’ll have to turn left fo Bilovice nad Svitavou. You’ll ride beside stable and vast green areas. Narrow path will lead you straight to Bilovice. Here I chose the way to Kopaniny, turn left next to Sokolovna restaurant. It’s another few kilometers uphill, but surface’s gradient allows to survive it. Once you reach Kopaniny turn right to Velka Klajdovka,  1km long green path will lead you there. You’ll find yourself just in front of the parking space. I rode to this inspirational place and sunbathe for some time.
Unfortunately no cycle path directs to Brno centre or any other part of Brno. But  because I already knew the way I confidently turn right in direction to Brno Obrany. At the crossroad down the street turn right and then turn left, underneath you there is Svitava river (signs to Svitavy and Kralovo Pole). I don’t recommend going further on the street, because it’s really busy. Before the Husovicky tunel drive on pavement and follow Kohoutova street. You need to go across the Merhautova street, go straight Sladkova street. In front of you should be tennis courts, turn left. Next thing you know, you’re at the Kralovo Pole TESCO (nakupni zona). I think you probably know the way back….

Unfortunately most of the photos from this trip were lost, but I’ll go there again and take them for you. If you have any questions, please let me know. 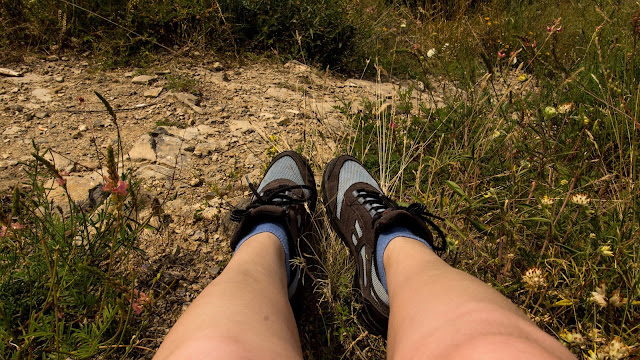 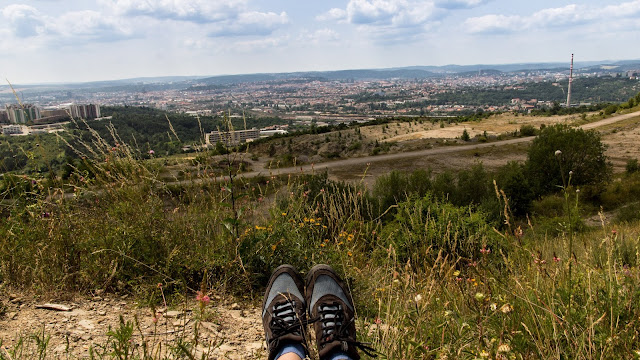 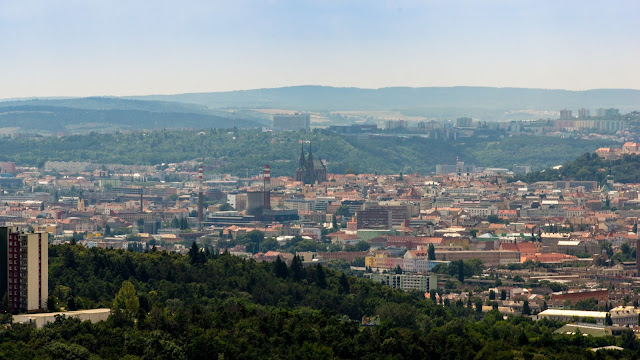 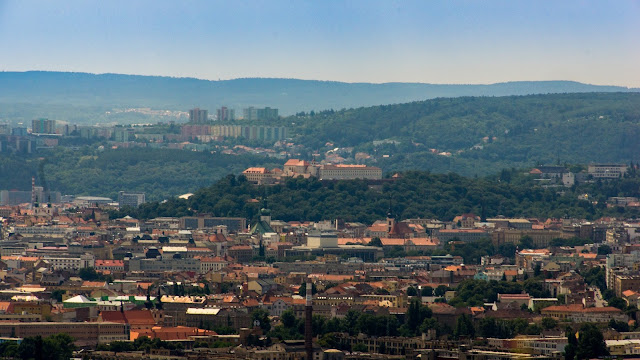 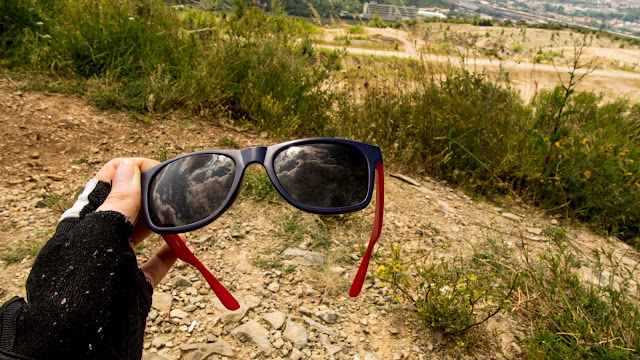 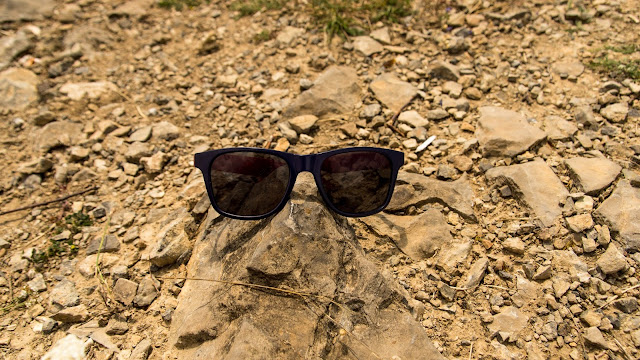 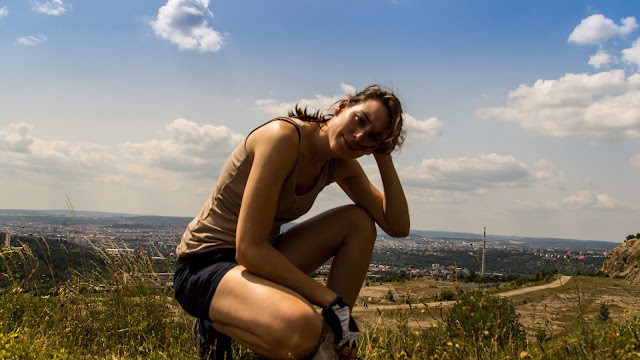 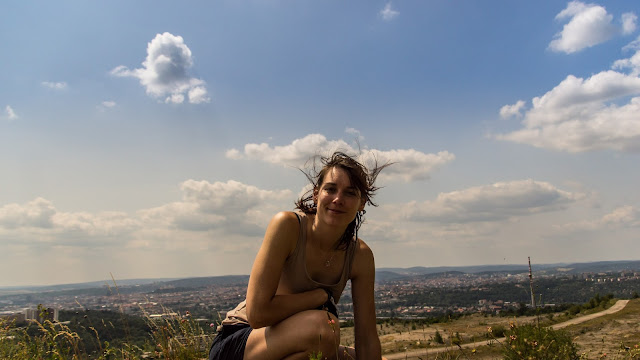 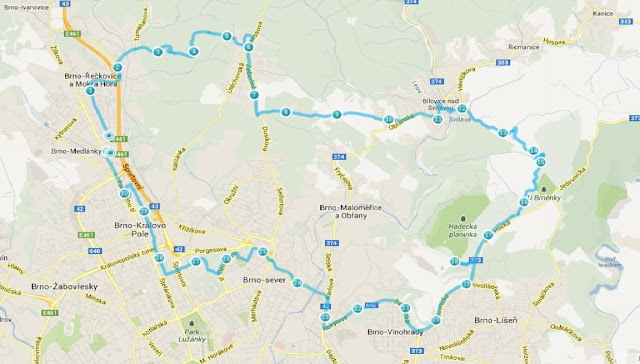 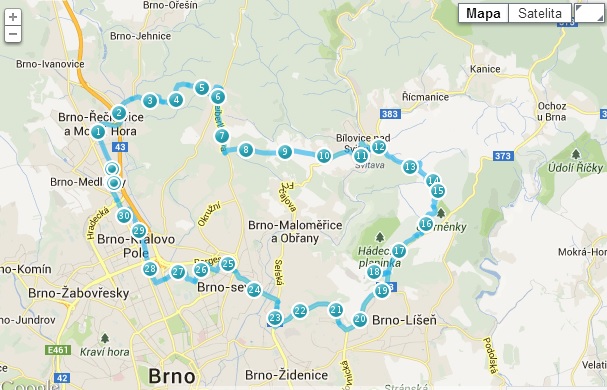 Some zoomed photos from the way back: 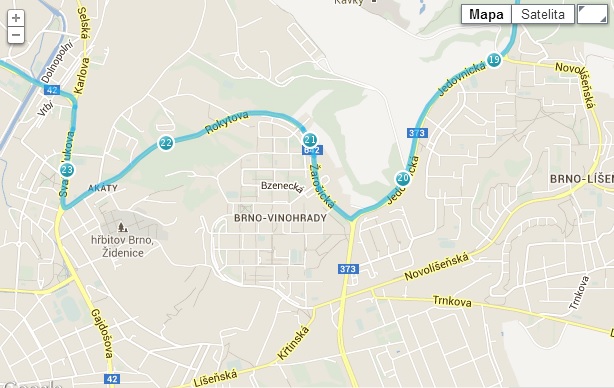 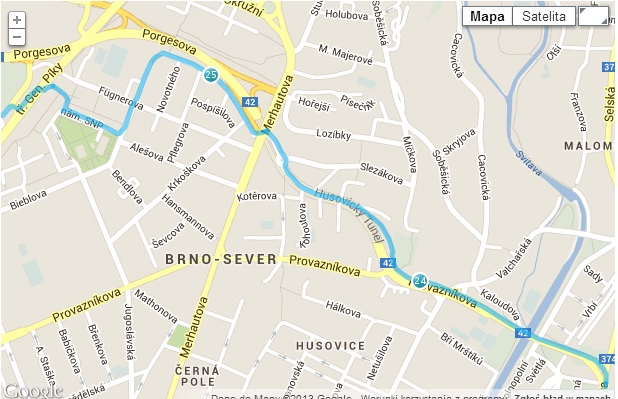 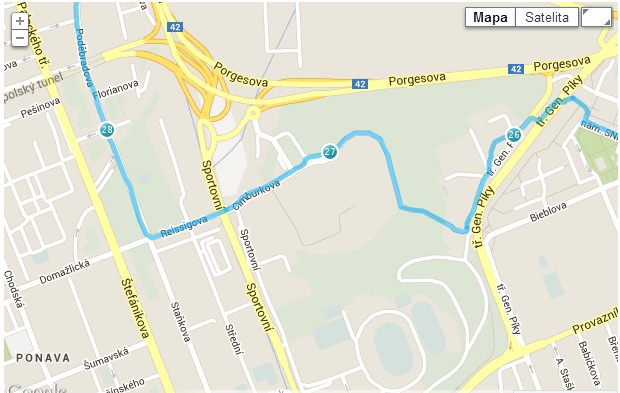