Is it sunny or is it rainy? You never know. Weather in the Czech Republic is unpredictable. Your plans can be ruined any minute. The weather during whole week can be beautiful, but when it is getting closer to weekend the weather changes dramatically. But enough with complaining, let's get to the crux of the matter.

I was lucky not to listen to weather forecast on Saturday. It was supposed to rain all day long, but eventually it started to rain at 8 o'clock p.m. Against everything I set off for a bike trip to south Moravia, a region of great wine, flat terrains and marvelous architecture. We started in Valtice city located really close to Austrian borders - a small town with a nice main square. A train connection from Brno enables easy access to the city within an hour. The bike path we rode is called Lichtenstein way. Right from the city, to be exact from the city square starts cycle path number 5045 in direction to Lednice. It’s rather impossible to get lost there, because many cyclists follow exactly the same path. Just stick to someone who looks as if he or she knows where to go.
Cycle path 5045 goes through some extremely important architectural places connected with Lichtenstein family starting with Rendez-vous through Three Graces and Apollo’s Temple to Januv castle and Lednice chateaux.

Rendez-vous, our first stop on the road, also called the Temple of Diana, was a hunting lodge built in honor of General Johann I Josef of Lichtenstein who participated in Napoleonic wars. It recalls Roman arches. Why the name: Temple of Diana? Mainly because of the reliefs with hunting motives that were inspired by legends of the virgin Diana. It’s possible to enter the four-floored lodge every day except Mondays from May to September and in April and October only during weekends. The entrance fee in 50 kc for an adult and 120 kc for a family. It’s quite interesting that monument can be rented for a social and commercial events.
Then we stopped for a moment to take few photos of Saint Hubert chapel. Even though the chapel looks a bit negligent it is the “youngest” among all monuments within Valtice-Lednice Complex. It was built in 1855.

In order to see the Three Graces it’s necessary to follow red trail, cycle path 5045 goes directly to New Farm (Novy Dvur), which used to be a place for breeding sheep, then after reconstruction a place for breeding horses and cows.
The Three Graces monuments presents ancient goddesses Athena, Artemis and Aphrodite, behind them there’s a semi-circle classical building designed by John Charles Engel, where cyclists can taste wine sold by an old lady.

At the New Farm just follow the concrete route(red cycle path) in front of you. Some signs directing to an Apollo’s Temple can be found on the post. In case you choose to turn left you’ll get directly to Lednice city, but you’ll miss Apollo’s Temple and Januv castle. Because I didn’t want to miss any of those beautiful monuments I followed the red trail for a few kilometers and took a short break at the Apollo’s Temple, which was a nice building at the bank of the pond with a view of the surrounding area. Interiors are not available for sightseeing but for 25 kc you can get to balcony and take amazing photos from upstairs. If you have enough time you can take a longer break at the pond and even swim a bit in it. Unfortunately I couldn’t afford it, therefore I moved quickly further to see what awaits me next. I rode along the pond for several hundred meters and turn right to a city route, then I followed the cycle path signed with Lichtenstein crown.
Another building on the cycle path that belonged to the Lednice-Valtice Cultural Landscape, a UNESCO Word Heritage was Januv Castle. For me the most ravishing from all of hitherto seen, maybe because of the location, maybe because of the building itself. I allowed myself to supplement lost minerals with a glass of delicious beer and handful of nuts. I recommend this spot for a longer break not only because it’s on a half way but also because of the welcome and pleasant atmosphere. There’s a place to make bonfire with friends or to have a picnic with a whole family. There's is also a little harbor, where you can take a boat and get to Breclav city along the Dyji river.

It was time to get up and continue the trip; behind the castle turn left and follow cycle path number 5066, remember don’t go back to the other side of the bridge. At the beginning it will lead through cottage lanes and you will have the river on your left. Finally you’ll have to turn left on the concrete road. Follow it for about 2-3 kilometers, as soon as you reach gate of the Lednice chateaux garden, turn left. The garden is really worth seeing, every  tree, every bush and flower has its own place not by accident. Little islands among ponds are connected with bridges, hiking path and cycle path. Diversity in flora and fauna amazes, it’s not rare to see different waterfowl or pines and oaks, just beautiful. But as it is often at the lakes, there’re mosquitoes, so take something against them.

One of the adornment of the garden is Minaret created by architect Josef Hardtmuth, who was also an author of Chinese Pavilion, the Temple of the Sun and a Gothic house. Minaret is decorated with a copula based on Turkish style and surmounted by a golden half-moon, it’s almost 60 meters tall. During holiday season it’s open till 4.

From Minaret monument it’s at point-blank range to Lednice chateaux. Unfortunately cycling nearby the chateaux and English garden is forbidden, so get off the bike as soon as you reach the sign.

Last but not least on my must see list in Lednice-Valtice Area was Border Home(Hranicni zamecek). I lost my way and didn’t go exactly the way I should have, but finally I hit the target. Instead of taking the cycle path 5043, which goes right behind the garden I followed the path marked with Lichtenstein crown directing to  Lednice’s pond. I moved west to Border Home and then again followed the Lichtenstein cycle path back to Valtice.

To sum up, it was around 40 kilometers full of fun and cultural experience. 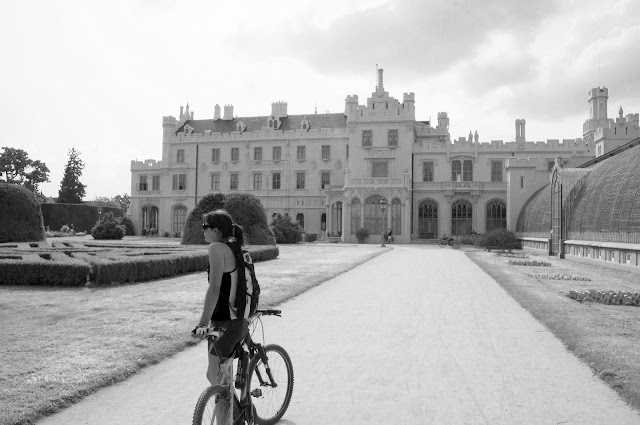 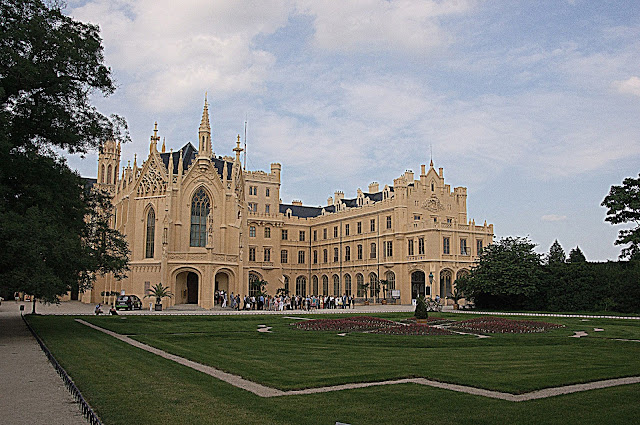 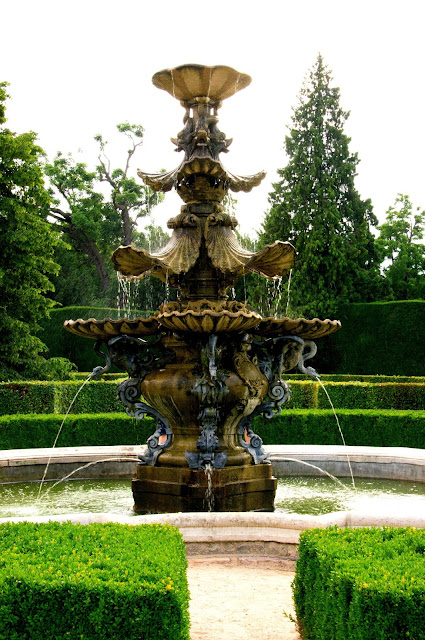