In the middle of the forest, but easy to find lays Cimburk castle at Korycany city. It seems quite big from the bird’s eye as I saw on the internet, but once you’re inside it changes its proportion. 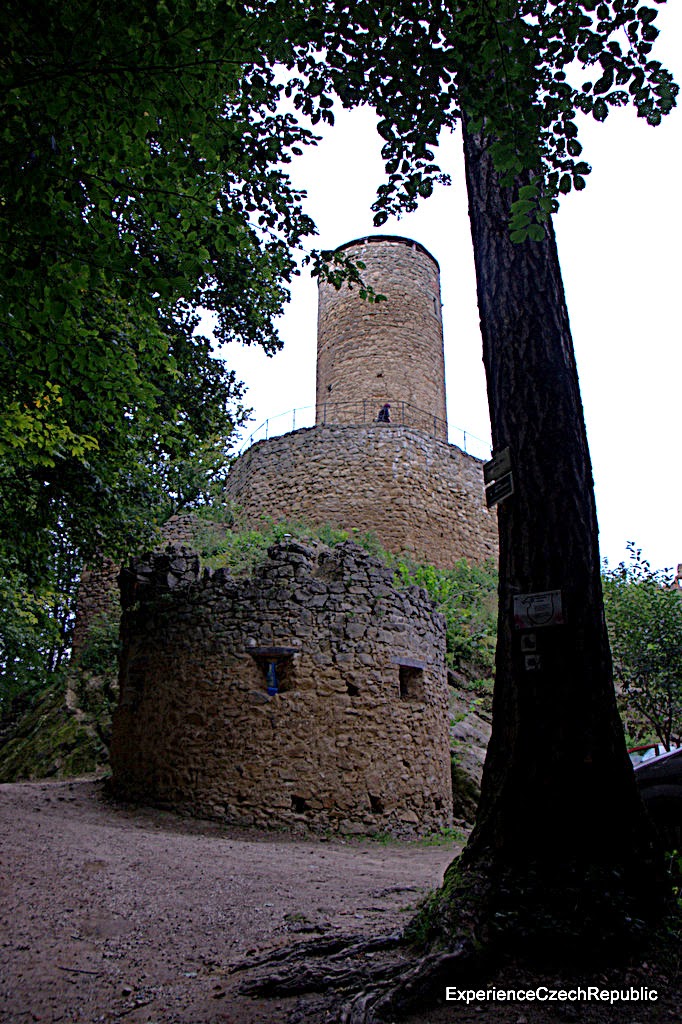 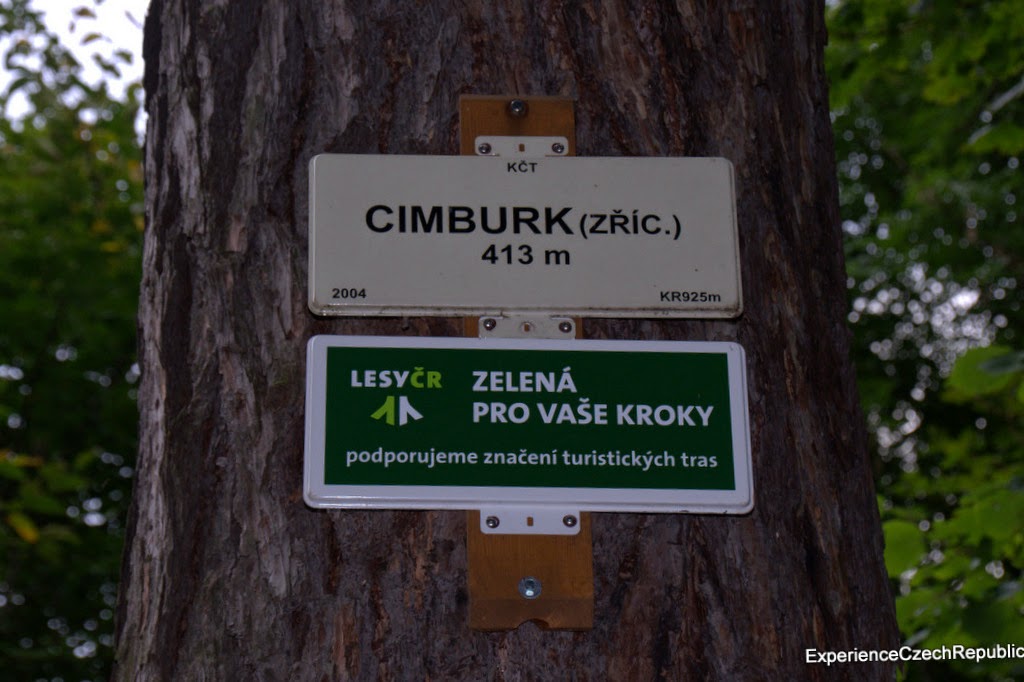 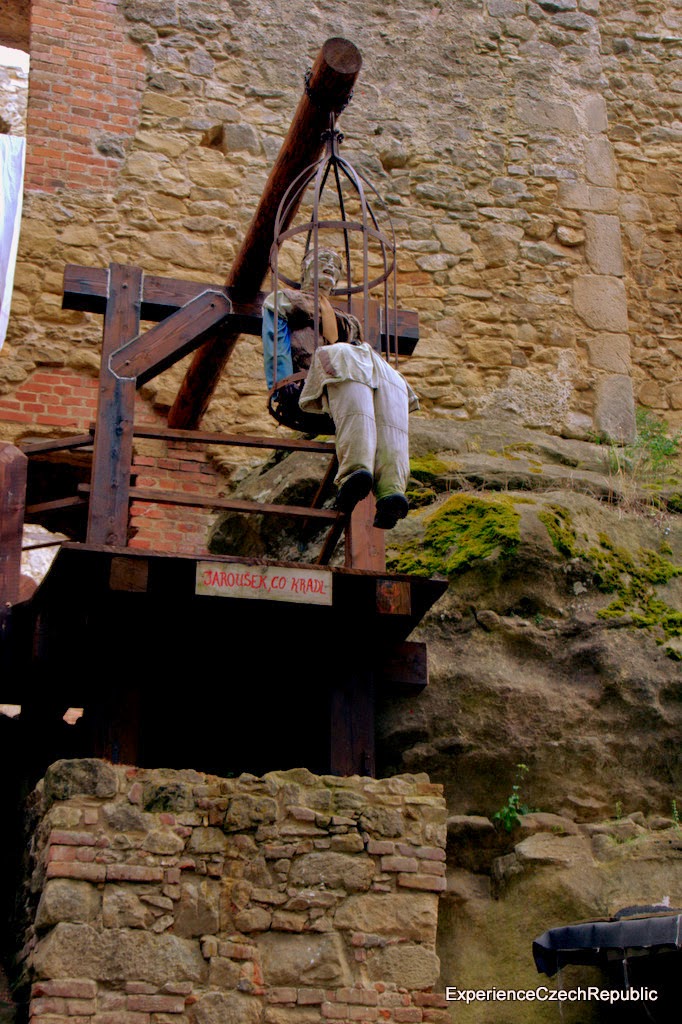 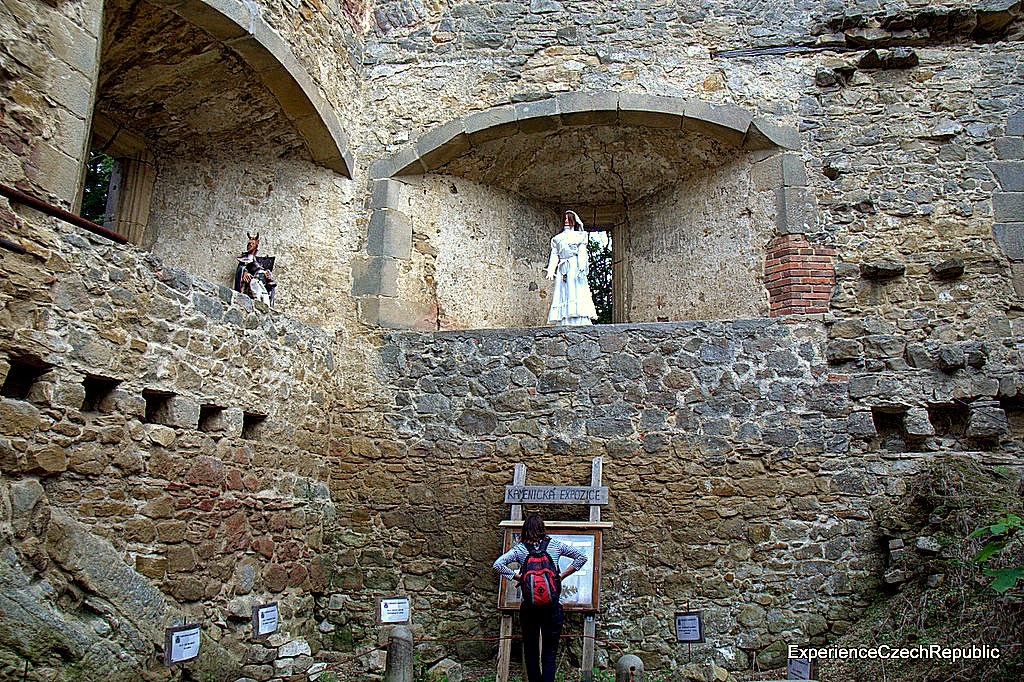 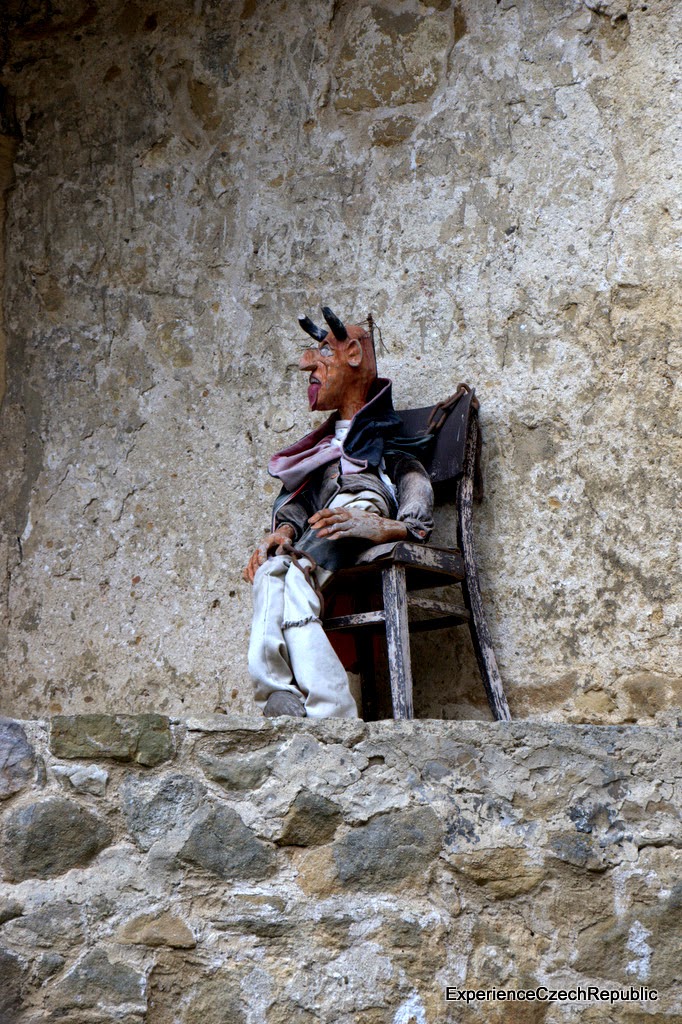 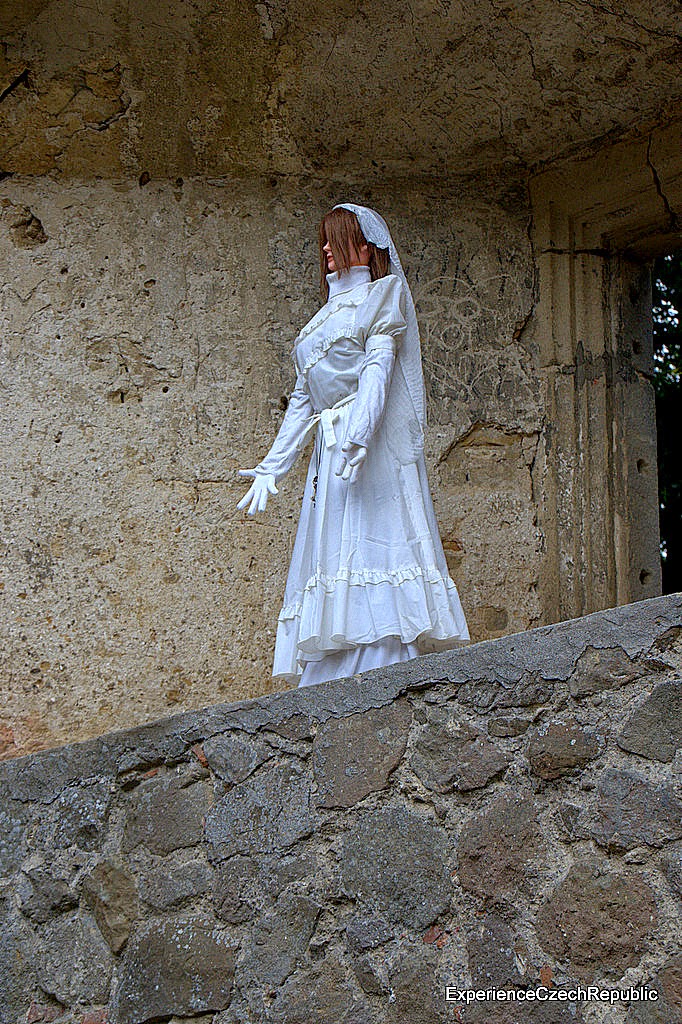 I choose to go there on the Castle’s Night, as this was one of the castles close by that offered interesting programme. Not only did we feel like we moved backward in time, because of the knights and fencers but we also witnessed the most spectacular fire show. A lot of sensation was going on that night. Everything started at 6 p.m. once we entered the castle. We could have move freely around the castle without any supervision, visit every corner of it and take as much time as we need to look into every detail. Then one demonstration by one took place, we’ve been a part of the lectures about swords used by knights back in time, about the clothes proper ladies wore in Baroque or admired battles between knights. What’s more, every hour or so guided tours were organized. 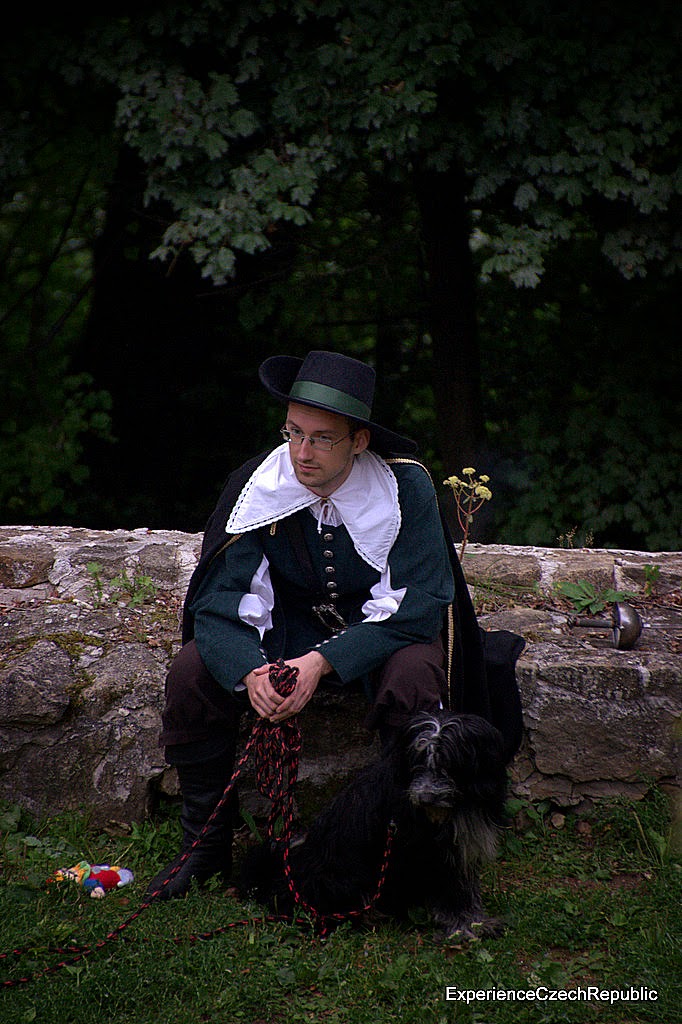 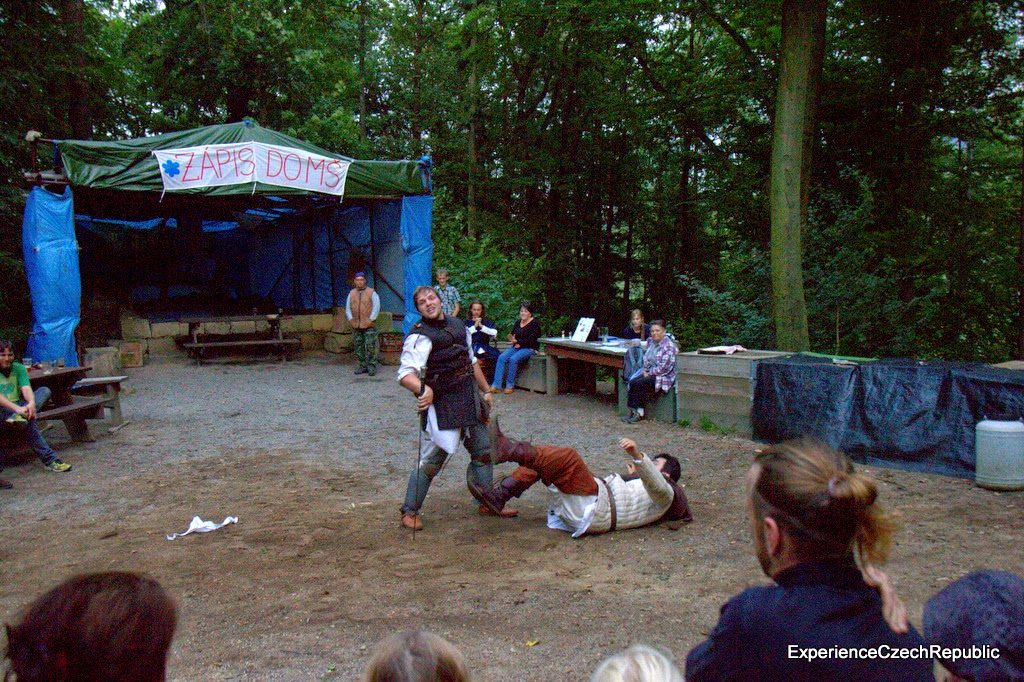 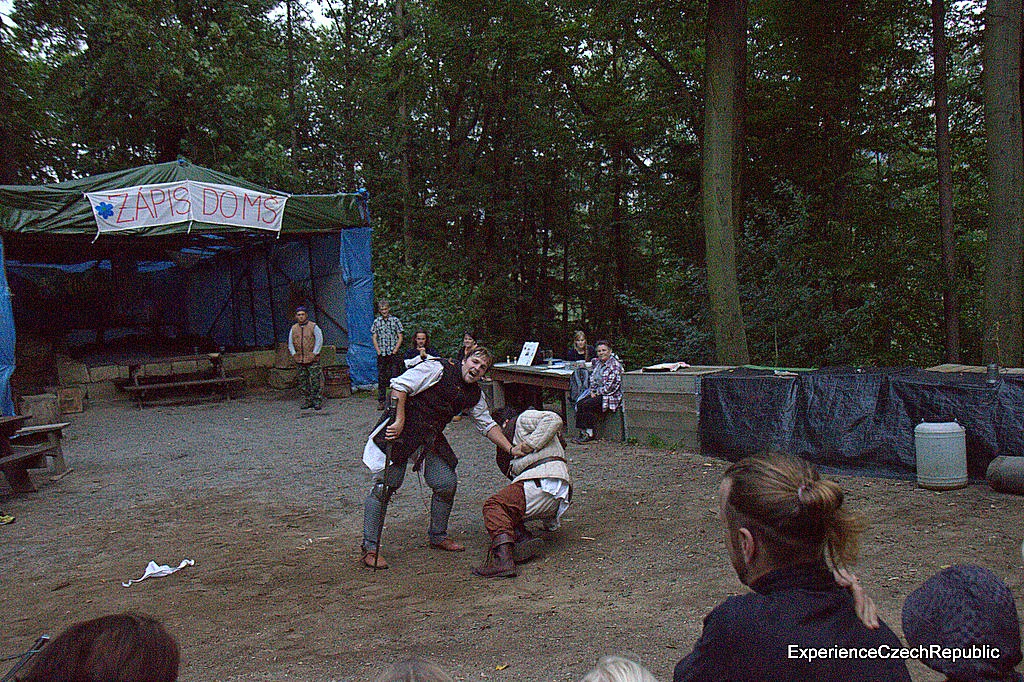 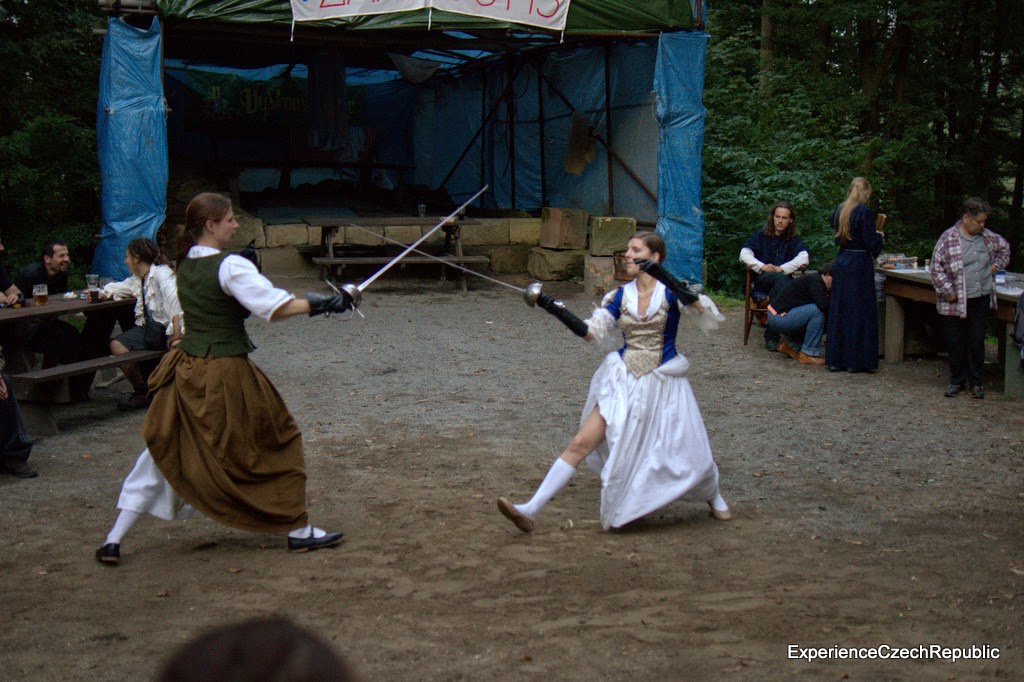 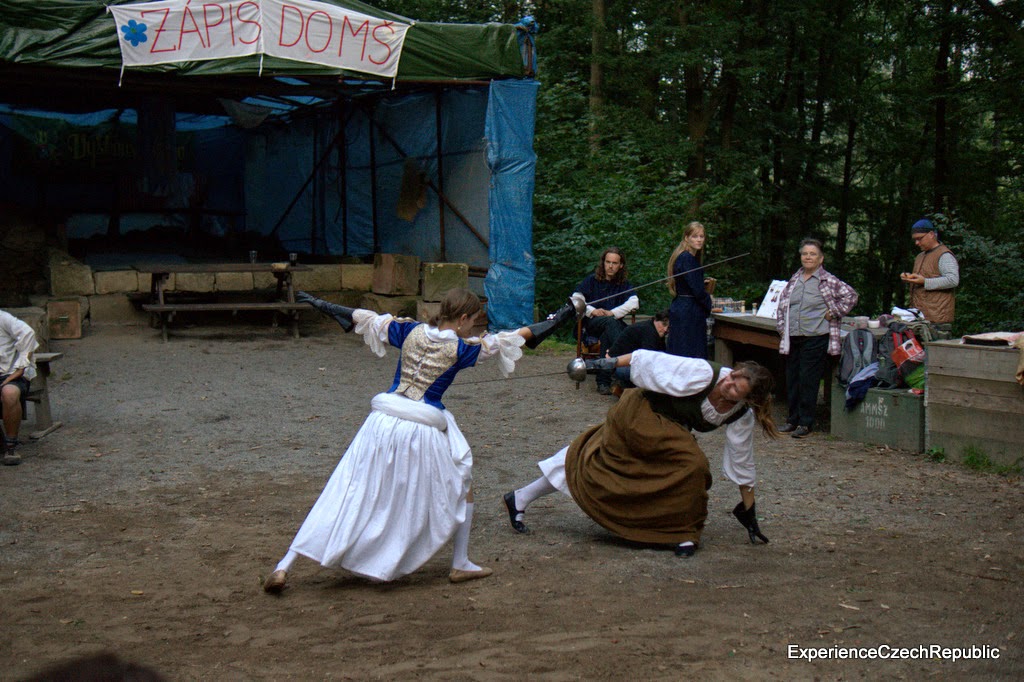 Those who participated learnt many interesting facts about the castle, things they won’t google or find on castle’s official website. I was a bit shocked when we entered the “basement” and I heard there’re six more floors underneath the place I was standing. As long as we could enter the “basement”, which was at a time transformed into alchemist’s laboratory, unfortunately we were not allowed to see what’s hiding beneath our feet. Maybe better for us, because it must have been cold and dark over there, since it served as a food warehouse. Actually nowadays they also keep beer and food supplies there.

Another point that draw my attention was the story about a 300-year-old tree, which grew on the main yard. Castle’s guardians were afraid it may collapse one day destroying the building in front of it. They wanted to cut it down, but green fighters were completely opposed to that idea. Eventually castle won, the tree was cut down, but not thrown away. It was recycled- a new roof and chairs were made out of it.

As the tour went to an end, we were told everyone can participate in castle rebuilding. Due to tropical heats 2 or 3 years ago, part of the castle fell to ruin. Now every hand is needed to put the bricks back in the place they belong.

This was the second time I stayed at the castle after dusk. But this time, the place turned to a fairytale castle, ornamented with candles on every corner. The atmosphere was unusual. 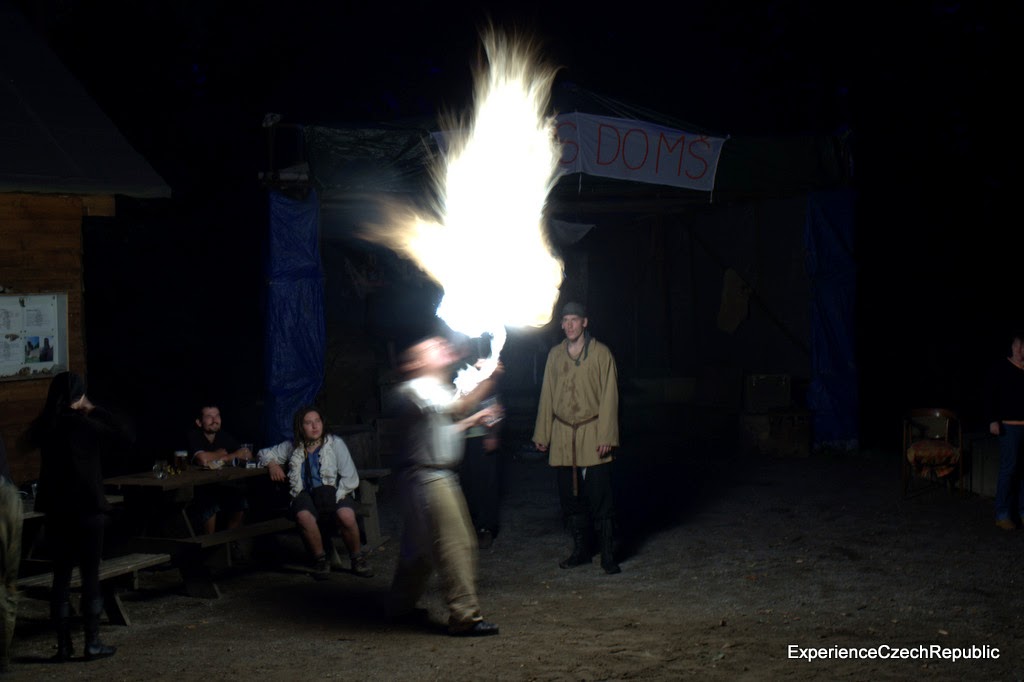 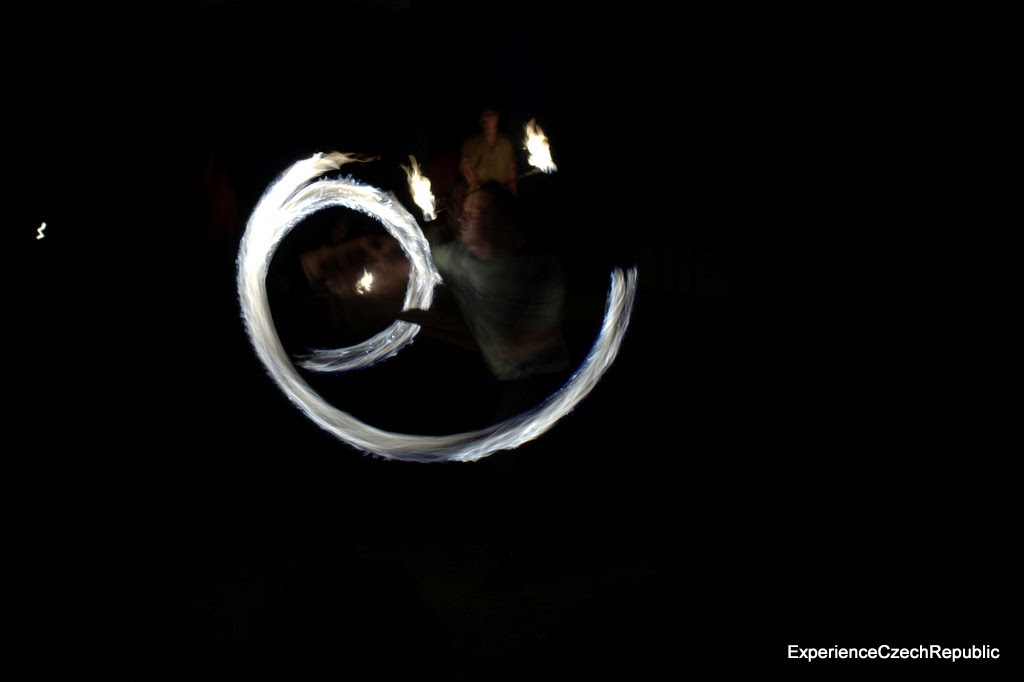 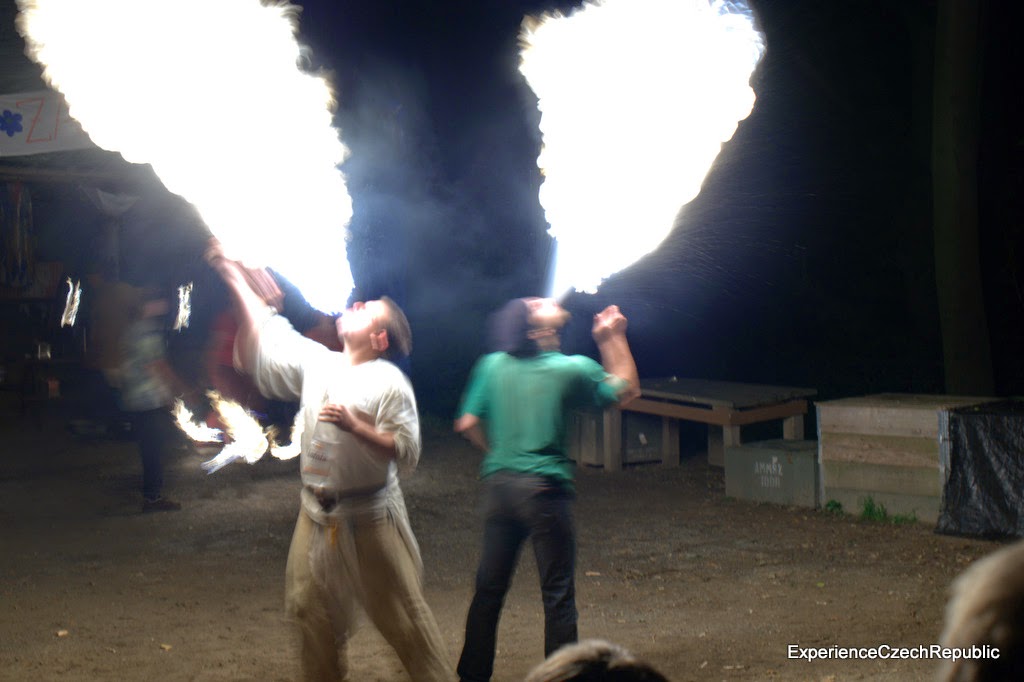 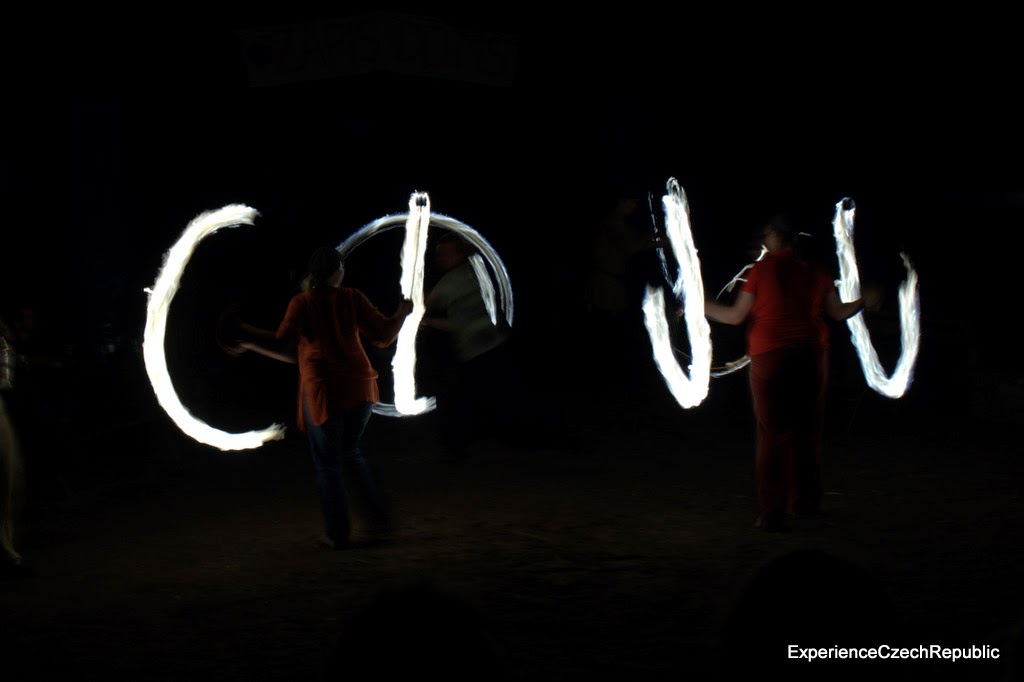 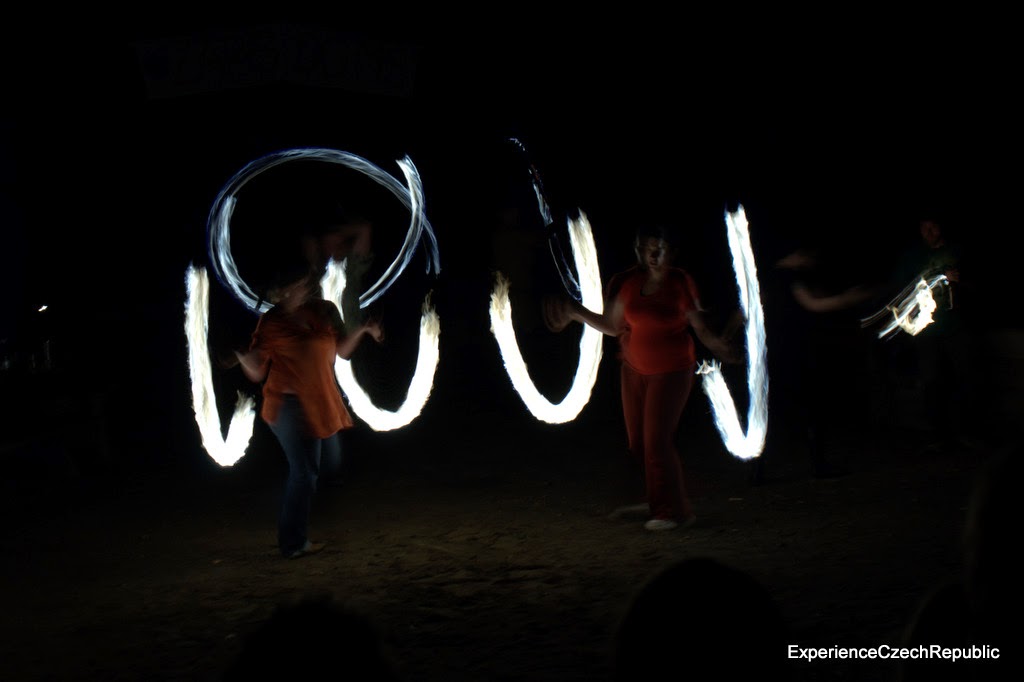 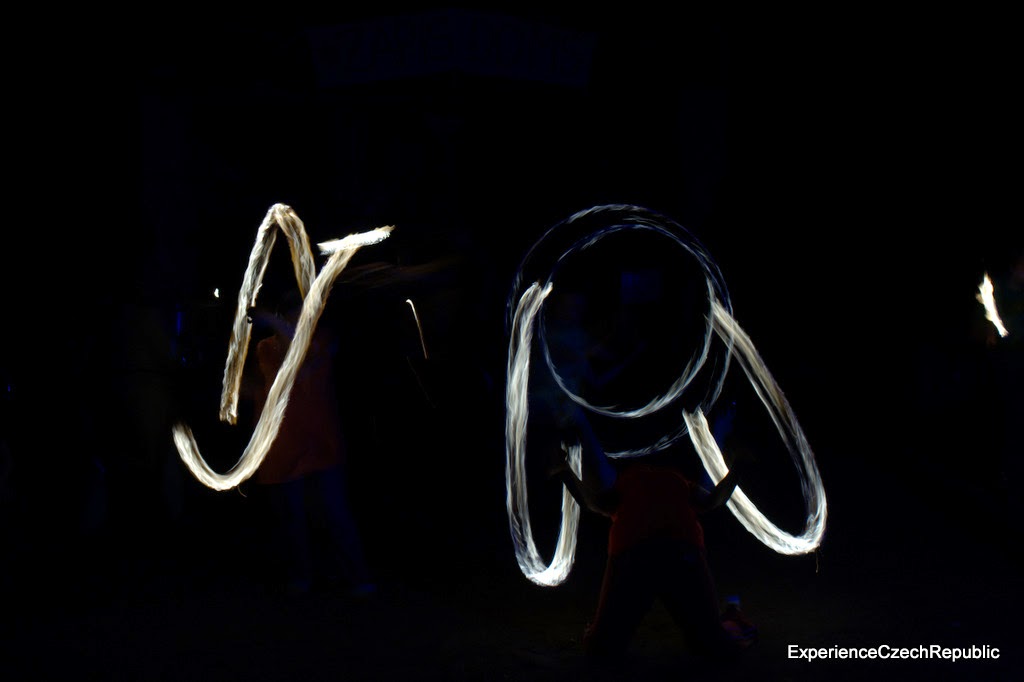 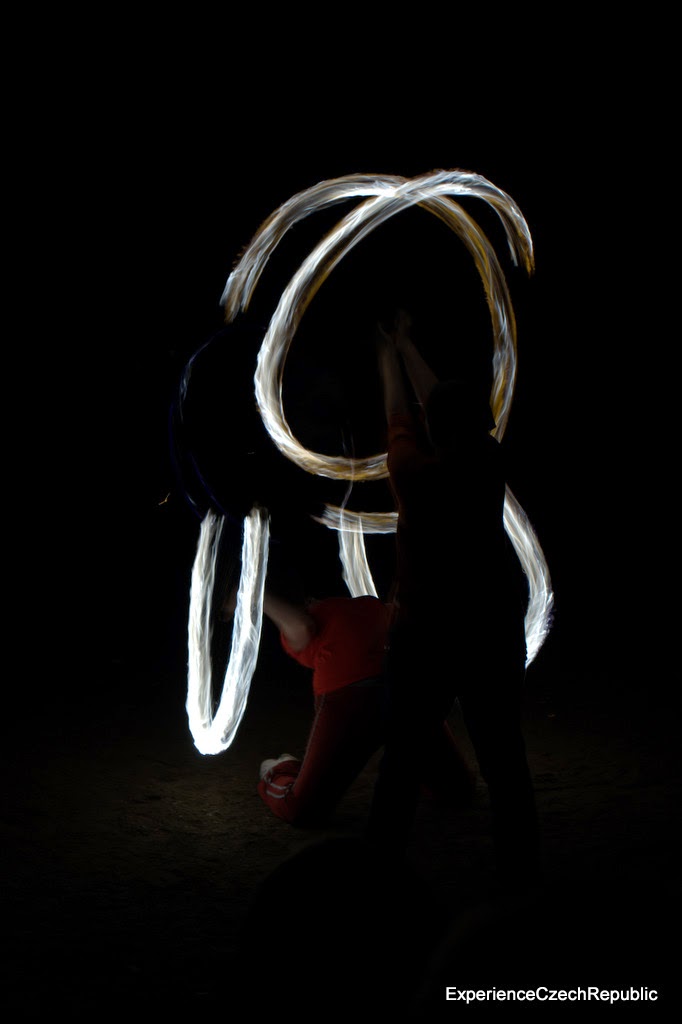 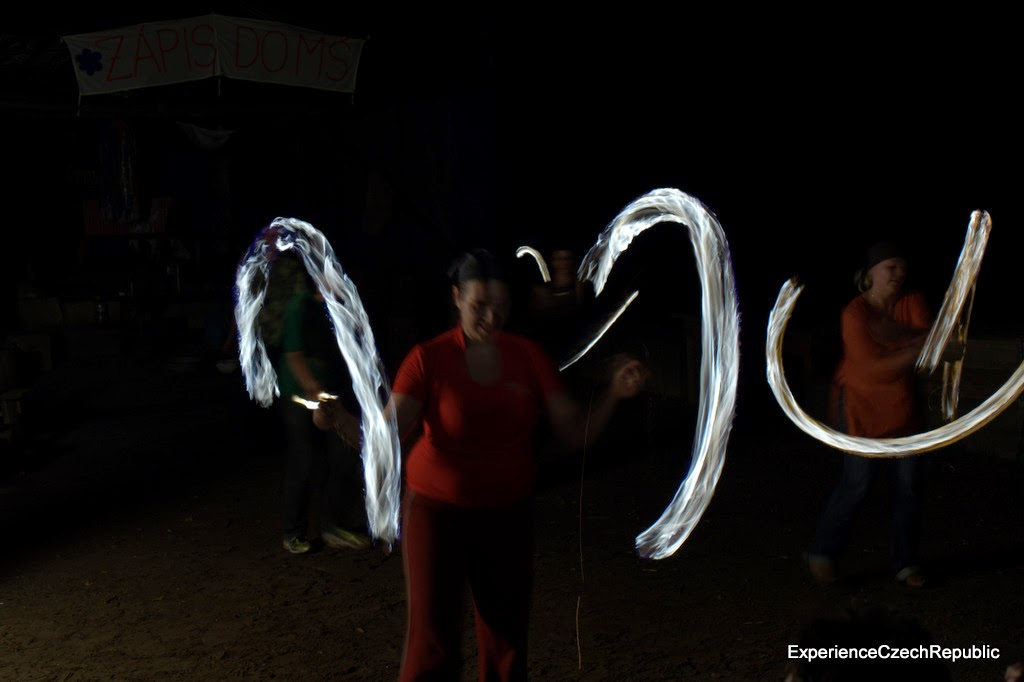 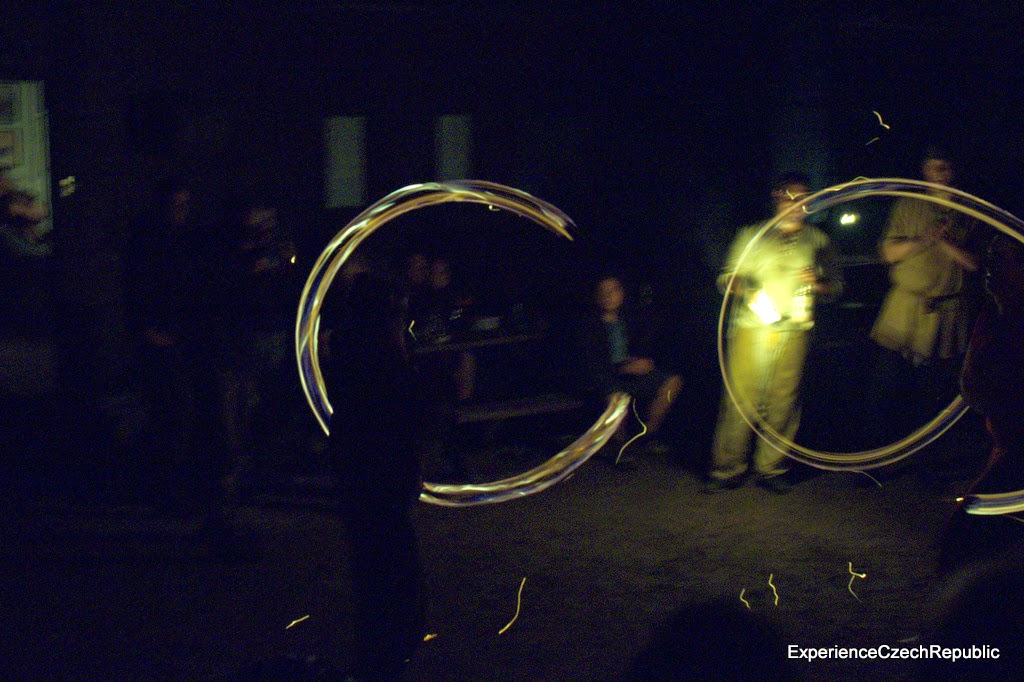 It’s around 50 kilometers from Brno in directions to Vyskov, go through Slavkov u Brna, Bucovice and then straight to Korycany.

You don’t necessarily need to park your car at Korycany city, since it’s quite a distance to walk. There’s a parking place around a kilometer from the castle: U Krizku, so called crossroads between two hiking paths-yellow and red. You should follow the yellow one. But first how to get there? From the city U Korycany turn right before the church and follow the Lhotka street as long as you see the parking space. 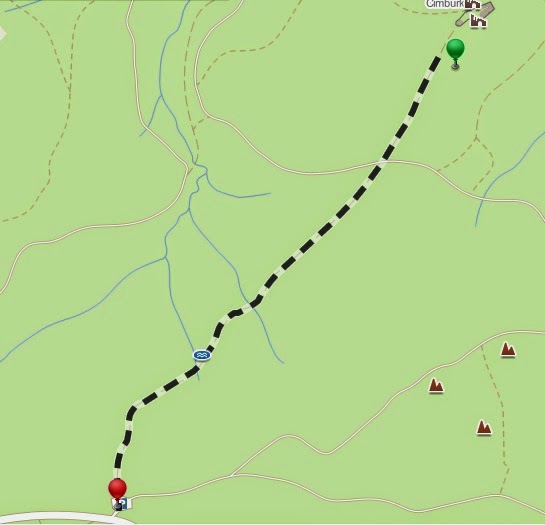 Thet are opened every day from 10 am to 5 pm from September till April, during summer they are opened from 9am till 6pm.

Enjoy your visit
Written by Asia