I have an amazing trip suggestion for all those lucky people, who don’t have to work tomorrow. And since women’s monastery “Rose of Heaven” - Rosa Coeli is opened tomorrow (28th of October) for the last time this year, don’t miss your chance and go to Dolni Kounice. It’s about 40 minutes away from Brno, you can either go through Brno Modrice, Orechov, Siluvky and turn left to Dolni Kounice or from Brno Modrice follow the E461  route to Rajhrad and then watch the signs to Dolni Kounice.
Nunnery was established in 1181 by Vilem of Pulin and 2 years later women of Premonstratensian order moved in together with their rector Peter from Lounovic. 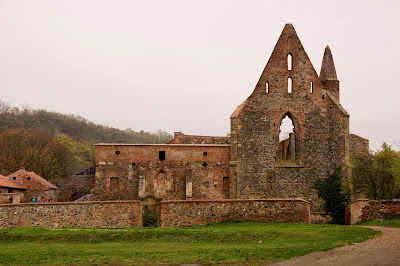 Before you enter to the Temple, spare few moments to look at the gate with Jesus Christ bas-relief on it. He holds the book of life in his left hand and gives his blessing with his right hand. Above his head, there’s the alpha and omega symbols, which means that Jesus Christ is the beginning and end of everything. Below his hands we see two heads. One of Saint Norbert-the founder of Premonstratensian order and the second, woman’s head of Gisele. 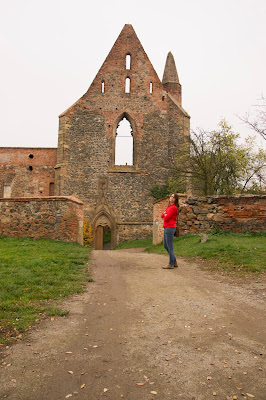 Behind the main entrance on your right 72 stairs will lead you on the top on the church’s tower. If you’re not scared of darkness climb and relish the view on the main nave long 45 meters and wide 10 meters. Imagine praying nuns sitting or kneeling at the church’s  benches. According to the paper brochure we were given, nuns spent 7 to 8 hours daily praying.


Move forward and you’ll see the place where used to be an altar and pulpit in the presbytery and the sacristy on its right.

Some symbols that reminds us of Christianity such as pelican feeding its offspring with blood or lamb may be found in one of the best preserved halls of the whole monument- in Capitulars hall. In front of it, there’s the paradise garden with an inactive well in the centre. A myths says that a golden duck sat on the well and laid one golden egg every year. The cross corridor surrounding the yard with 21 fields of the groined vault is also a kind of cemetery. Because nuns were not allowed to ever leave the temple, even after death they were buried here. I felt shivers up and down my spine when I read about a nun buried alive in the south wall of the corridor, it was a brutal punishment for her undeserving act-meetings with a man. 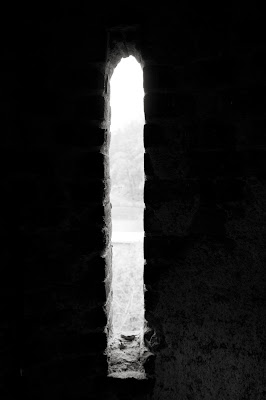 From that point if you look up you’ll see the first floor, which was the only heated place in the whole area. That’s why nuns used to spend their free time there. Today it serves as a small gallery, some pictures and painting decorate the corridor.

Since 1808 women’s monastery was not renovated and turned into ruins. Monstrous and ravishing ruins, which we can fortunately admire today. 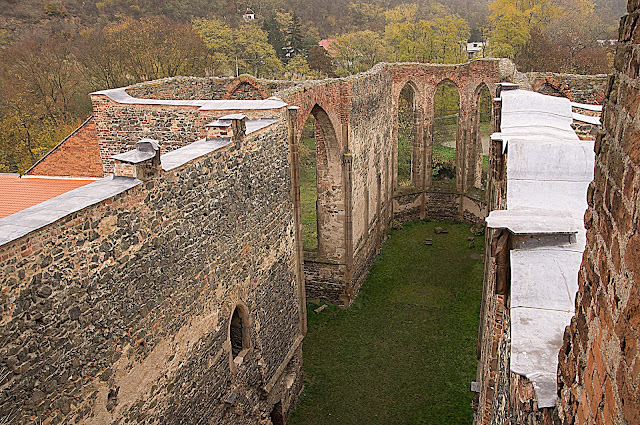 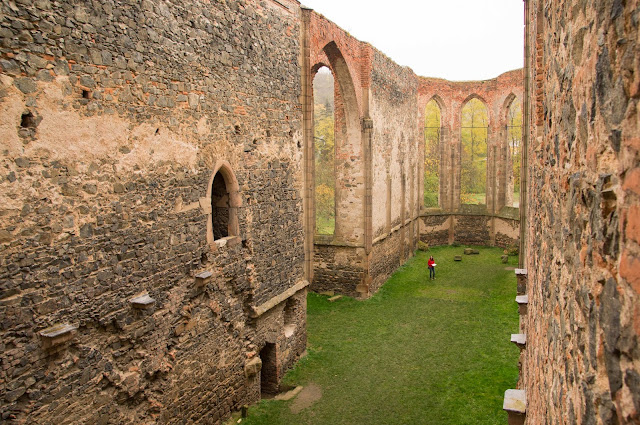 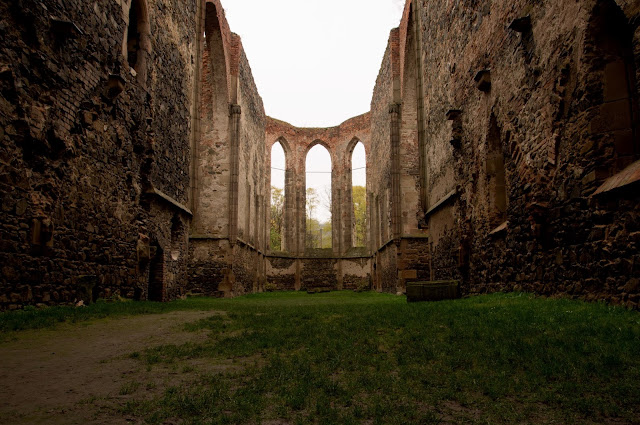 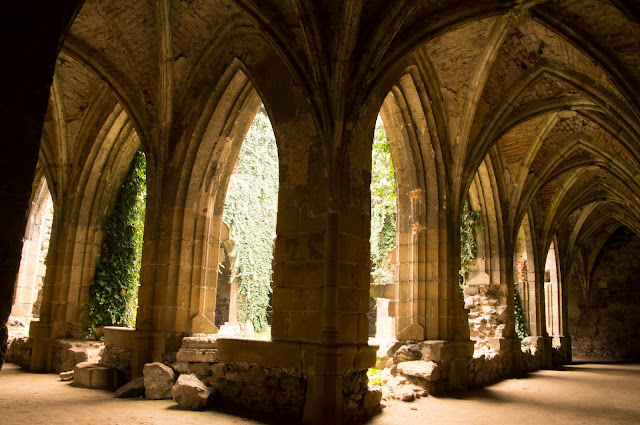 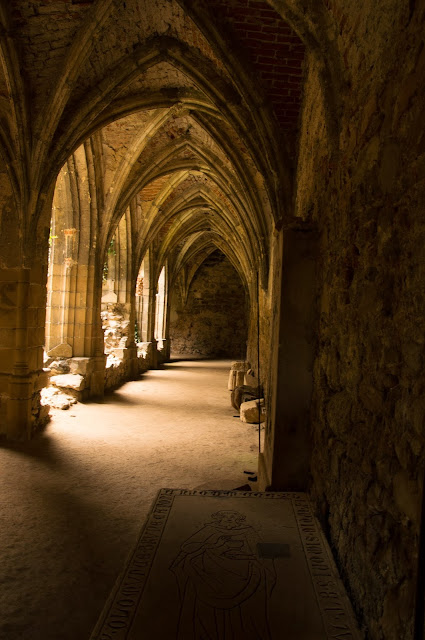 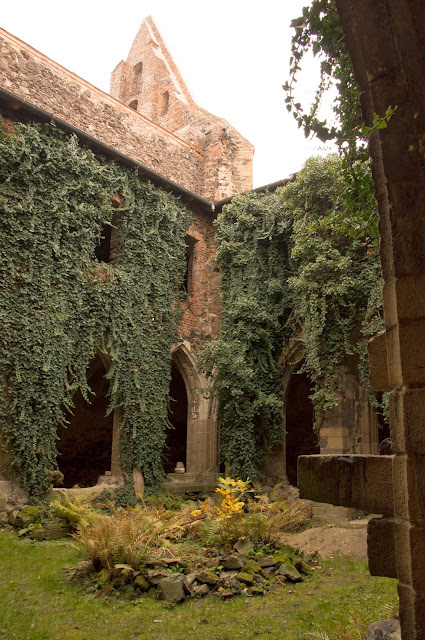 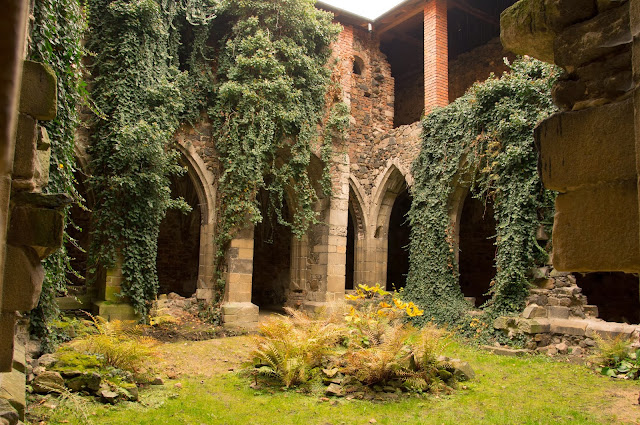 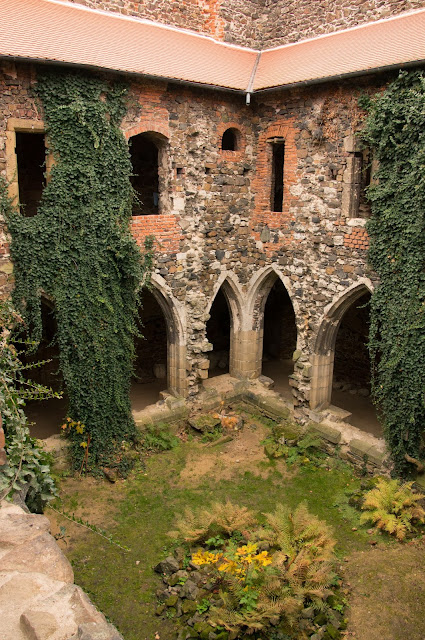 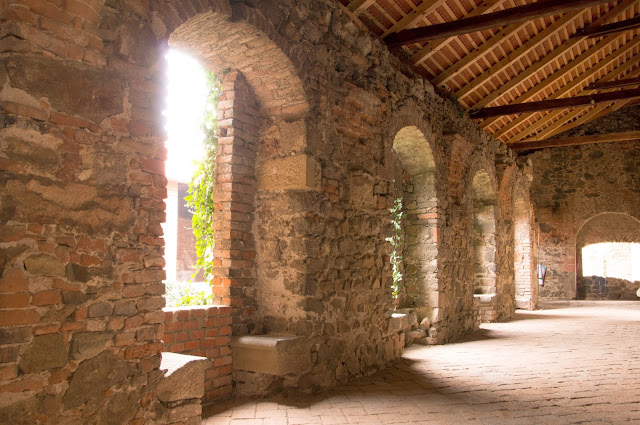