It was three weeks ago when we set off for our last biking trip this year. We were lucky, because the weather was really beautiful. Sun was shining, it was warm and pleasant. Temperature exceeded 15 Celsius degrees…just perfect for cycling during the day and resting by the glass of beer at evenings. The only disadvantage of going on any trips/journeys etc. in Autumn is that sun sets quite early comparing to what we were used to during summer. At half past six, it was getting dark. That’s why it’s quite important to plan and organize your trip in advance in the way you won’t have to get back in a complete darkness. Unless you have any lighting, it may be problematic. On the other hand, the biggest advantage is definitely a riot of colour you can admire, rich orange, red and golden leaves intertwine with evergreen leaves of cone-bearing trees. 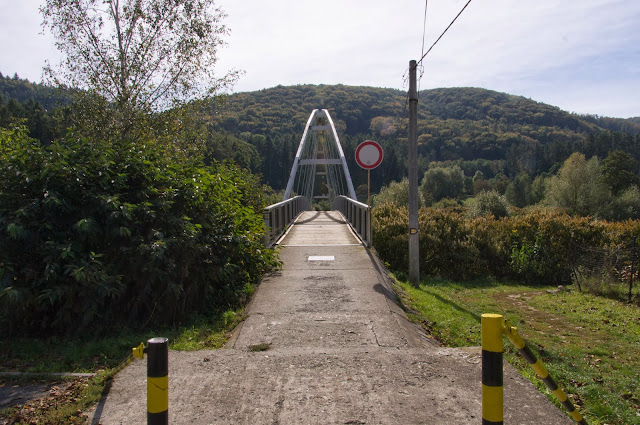 I had been thinking over the place to visit for quite a long time, before I came up with Becva cycle path. Main reasons for choosing this spot were distance from Brno and so called points of interest on it. It goes through several attention-grabbing cities and places, it also ends in Beskid mountains in Horni Becva, which is a good information for all mountains’ lovers. 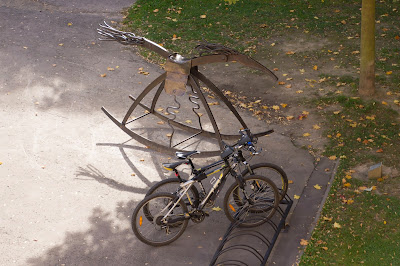 Our journey began in Tyn nad Becvou, which is remote only 100 kilometers from Brno. We arrived there Friday afternoon, so that on Saturday we could start fresh and well-rested. It was about 40 kilometers ahead of us. The part we rode on Saturday was flat as a pancake. We rode through Lipnik nad Becvou, where we’ve seen a small colorful Roof Garden, amazing wrought sculptures in the park and Masaryk Square, which is shaped as a letter L. Next stop on our route was the city of Teplice nad Becvou, which is known from SPA, especially cardiac rehabilitation against stroke and heart attacks. The one who goes there, can count on bath in a mineral water, massages, wraps or electrotherapy. We, however, were just amazed by the magnitude of the whole area situated in the valley of the Becva river and surrounded by forest, it seemed like a perfect place to relax. As we were in Teplice, we couldn’t resist getting to the warmest caves in the Czech Republic: Zbrasov aragonite caves. There’re 126 stairs leading down to go on 375 meters length. There’re around 14 Celsius degree all year round inside the cave, caused by the existence of mineral water in that region but also by Carbon dioxide deposit in the lower parts of the cave. The lower, the concentration of gas is stronger. There’re places where it goes up to 100%, while the norm for people is 1%.Zbrasov argonite caves are also known from its formations like stalagmites rising from the floor and stalactites hinging from the roof. There're also 27 geyser like formations, which originates by water dropping from the ceiling. 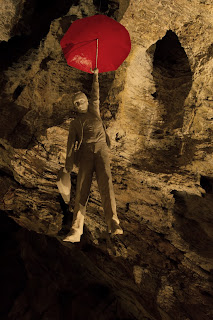 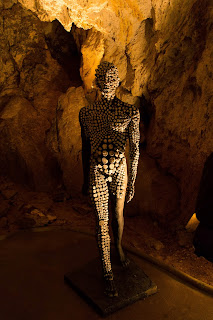 In 2013 caves celebrate 100th anniversary of its discovery. In the biggest Mramorova corridor, there is an exhibition called “Back to cave” by Michal Trpak presenting businessmen and businesswomen willing to return to older times, when people’s survival was dependant on nature. 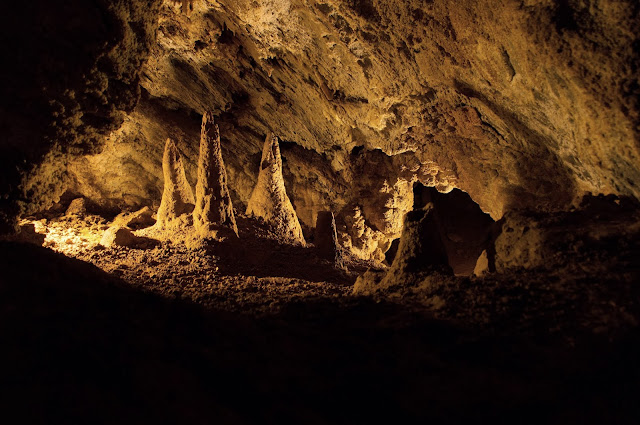 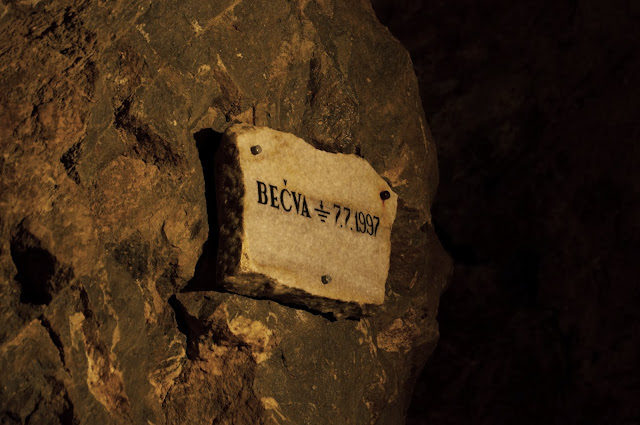 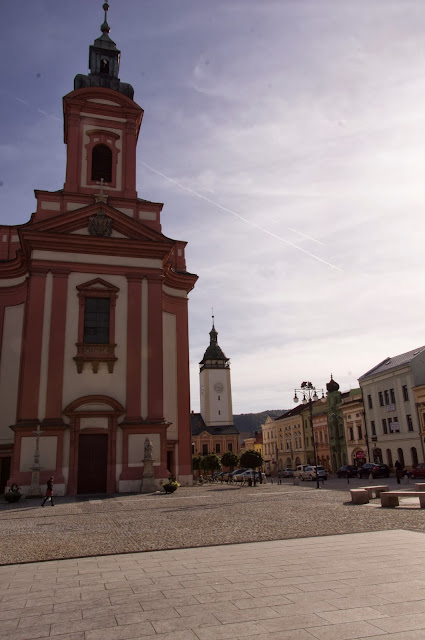 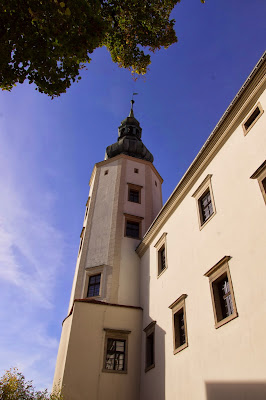 Our trip finished in Hranice city, where we spent few minutes gazing on the fountain and Church of Saint John the Baptist, both situated on the Main Square, then we moved to Hranice castle, which is also a seat of municipal office. 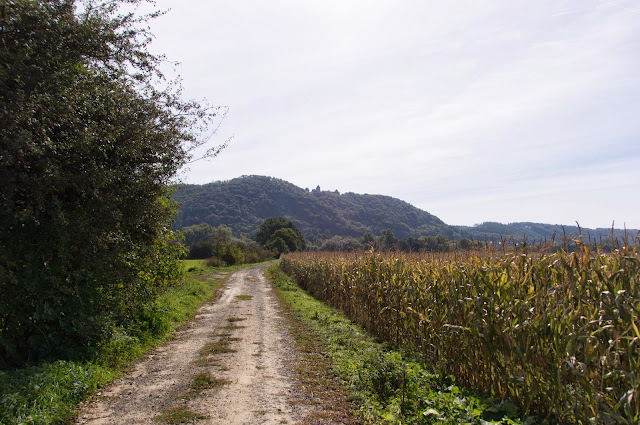 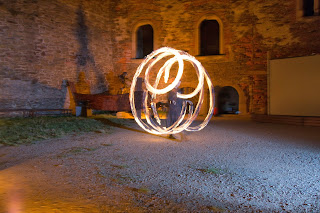 In the evening, attractions continued… we booked the night sightseeing at the Helfstyn castle, which besides “regular” tour guide, included also knight’s performance or fire show. Even though it was freezing cold after sunset, I really enjoyed time spent on castle. The history of the castle, although mixed up, was full of adventures. The tour guide seemed really excited that he could share some interesting facts with us. First off all Helfstyn castle is among the biggest and the most durable castles in the Czech Republic, even Swedish couldn’t get through in 1643 and 1645. Castle was probably built at the end of XII century by Fridrich from Linava, back then it was at least twice smaller than we see it today. Through ages it was passed from one family to another. In XV century Pernstejn family rebuilt the castle to its current look. In XVII century, after Swedish invasion it was decided that castle will be torn down, but fortunately it was saved. After World War II castle was classified as an important landmark and since 1960 it is the Prerov city Museum. 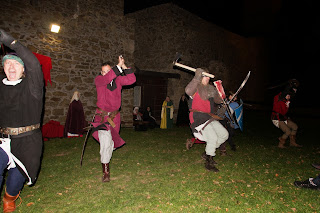 Night sightseeing is organized in September and October, but keep an eye on the Helfstyn calendar published on an official webpage  to search for free entrance or thematic tours, that will take you to the Middle Ages, when the King with its knights and craftsmen lived on castle. 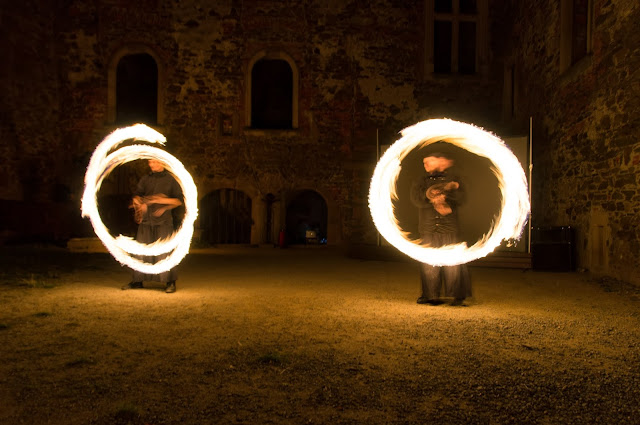 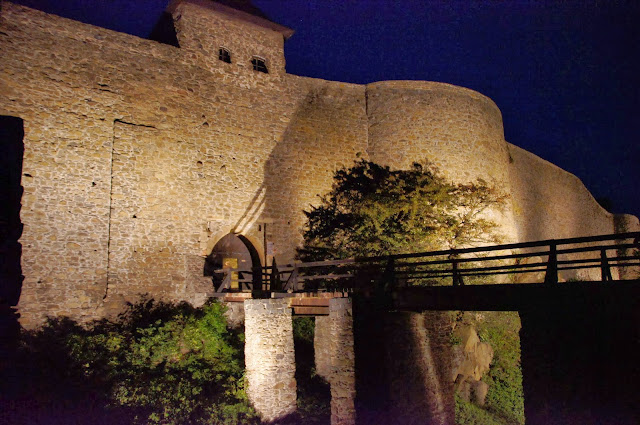 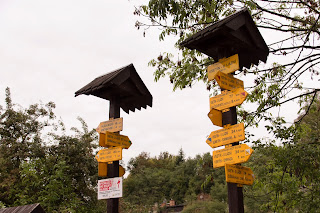 On Sunday we drove to Valaske Mezirici, where we continued to Vsetin on bikes. There's also a 50 kilometer long path directing to Velke Karlovice, but because it's all way uphill I strongly recommend to go the other way round, there's about 200 meters difference in heights. Until the end of September cycle buses or cycle trains can take you to Velke Karlovice and then you can enjoy your ride all way down through Karolinka, Halenkov, Hovezi, in all mentioned you can stop to go into the heritage park. Next on the way is Vsetin, which by the city's brochure is advertised as a "paradise for winter and summer sport activities". It's a starting point for various hiking and biking trails. On the other hand, on winter you can enjoy skiing in Horni Jasenka, located at the edge of the city. While in Vsetin, we dedicated some time to see the view from the Wallachia Region Museum's lookout tower. We could see Beskids mountains, Museum's yard or the nearby church. Before we rode back to Valaske Mezirici, we'd enjoyed the most caloric meal we've ever had. We stayed in a rastaurant "U tri slunecnic"(at three sunflowers) ordered hot chocolate and pancakes with ice creams and maple syrup. We gathered strengths for the come back and rode the same path number 501 to Valaske Mezirici. 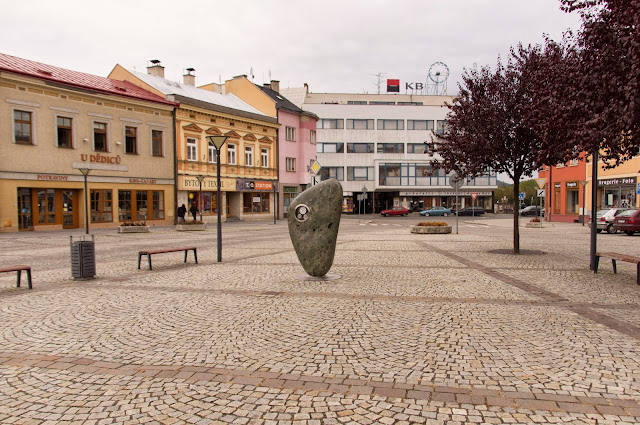 On our way to Brno we stopped for a late dinner in Motorest Vapenka's Restaurant, which is located nearby Teplice nad Becvou. This unusual building was reconstructed from ex-lime stone works, hence the circular shape. Lime's burning was practised until 1976. Nowadays, you can eat cheap delicious food or stay overnight in one of 9 rooms.


Below you can find maps with some useful information:

Also, feel free to go to the cycle path official website and find out more about it.