Since heat doesn't lower even for few degrees, the best place to spend a weekend or time after work is at a lake, pond, river or swimming pool. You can either choose one of the crowded swimming pools in Brno(Kralovopolsky, Kravi Hora, Dobrovsky or Riviera) or you can go about 30 kilometres by the city to Ivancice Letovisko. It's south west from Brno. You can choose among different bike paths leading to Ivancice, take a train or jump into a car to get there. On Saturday we decided to go there on bikes, it was a "brilliant" idea. In temperatures exceeding 30 degrees we were literally dying. What's more route is demanding a bit, constant up and downhills or road between crops in a full sun didn't make it any easier. It took us more than we expected to get there, about 2,5 hours. We rode through Brno Bohunice, Moravany, where cycle path 403 starts, following the path to Nebovidy and Orechov. Be careful there, if you don't want to make up your way, turn right on Brnenska street, don't follow the path 403 anymore. You should reach Siluvky in several minutes, then still following Brnenska or road number 152 you'll get to Moravske Branice, next stop Ivancice Letovisko. You'll recognize the place immediately. Many cars parked on the roadside and restaurants on the right side of the street are the distinctive marks. If you want to go to Ivancice by train, keep in mind that during summer break, there's a closure on the line and bus is put instead of train. It takes about 45 minutes to get there. We liked that place so much that we wanted to go there again on Sunday, but this time by car. GPS lead us to D1 highway in directions to Prague, we took the first exit to Ivancice, turn left to route number 23 and then follow to Tetice, Neslovice and to Ivancice. Set your GPS to Ivancice or Moravske Branice, Ivancice Letovisko is between those two.

Although no attractions are provided, people visit it with pleasure. One of the main advantage is enough space on the grass around the river to sit down. It's nothing like other places, where people touch each other while lying on the blanket. What's more kids can play outside the water as well as in it, as it's really shallow in some places. I recommend however putting water shoes, because little pebbles at the bottom of the river are not very comfortable to walk on. I also noticed that older kids had fun using small "waterfall" as a slide or jumping place. At a first sight it seemed safe, but the minute I went to slide on the mattress I was injured. But that's only my fault, I missed the mattress;) Kids were joyful and were happily returning to repeat their activities one by one. Teenagers and adults also found their point of interest, they were jumping in the river from about 2 meters high tower. This didn't seem secure at all and I wouldn't dare to do it, but it's possible thanks to an artificial dam, which keeps the river on sufficient deep. Water is amazingly refreshing after a 2 hour bike trip. Trees separate the river from the street, making cover from the noise. Even though once in a while some fast cars drove through, it wasn't disturbing.

If you're not dog's lover, you'll definitely not like the fact that dogs swim freely in the river. Let's just hope they don't pee there.

And one more point to consider, there's no lifeguard, therefore keep an eye on your kids while they're around water. 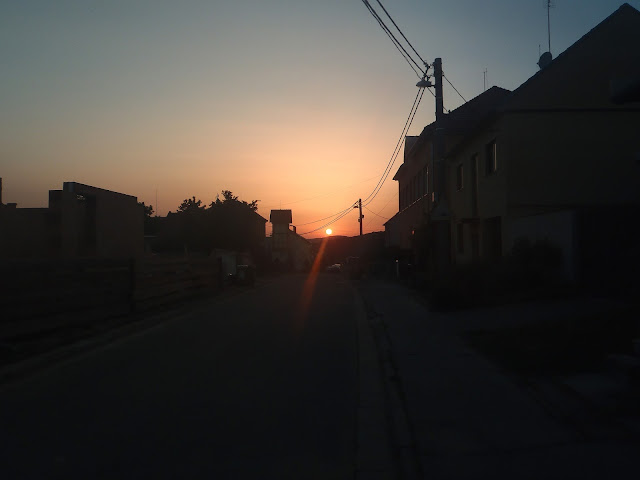 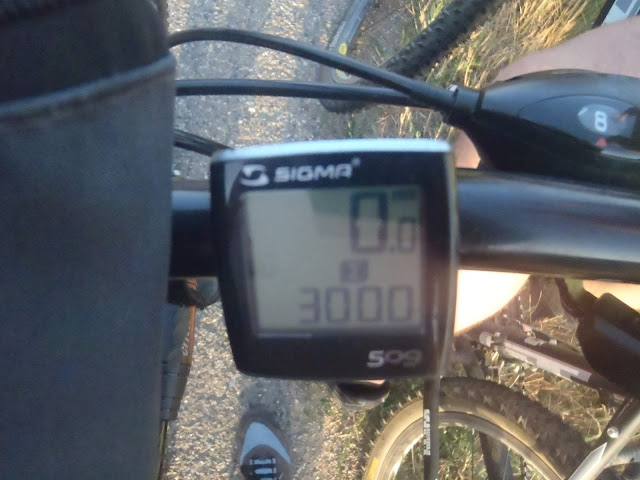 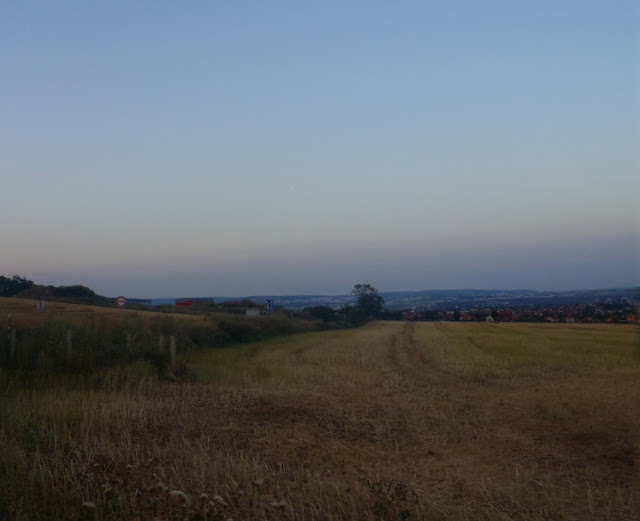 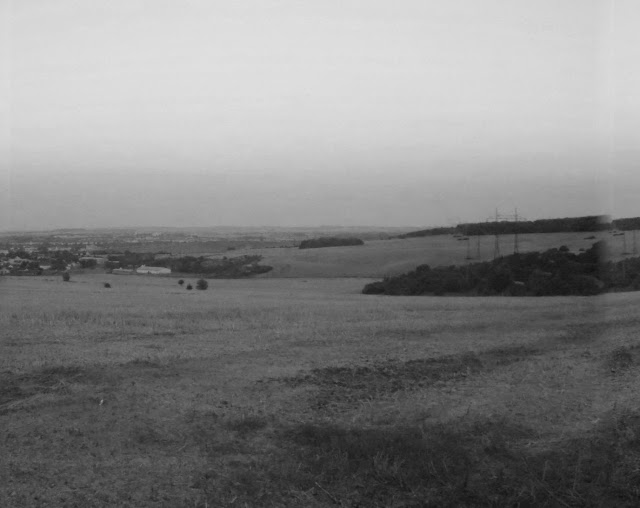 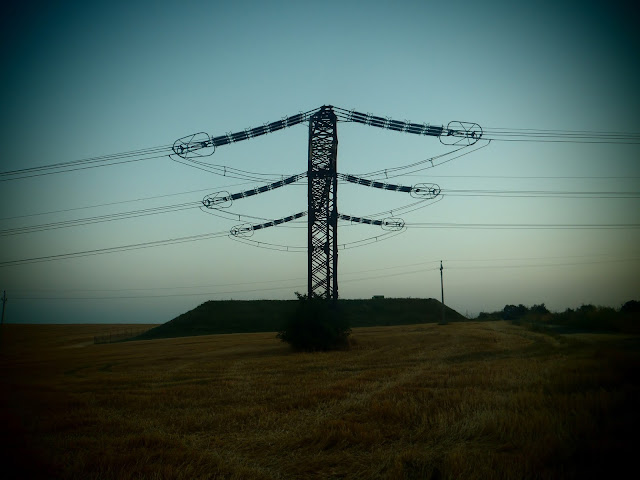 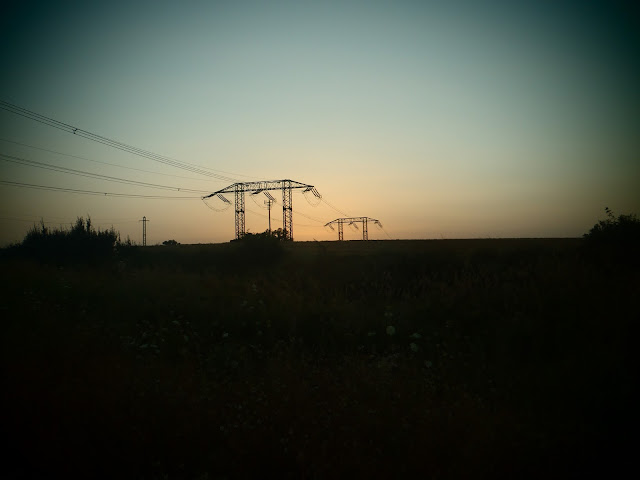 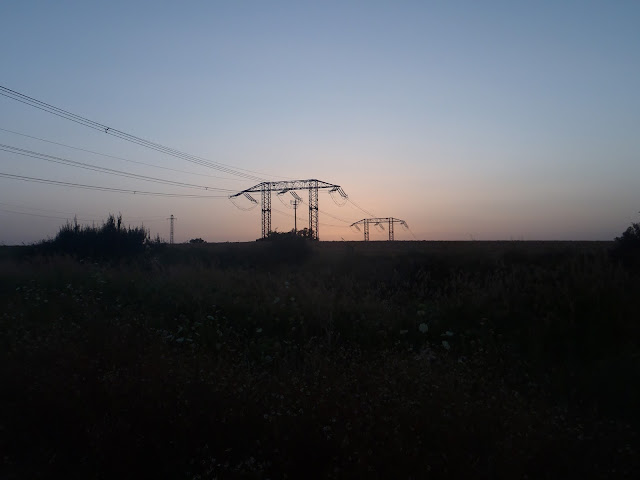 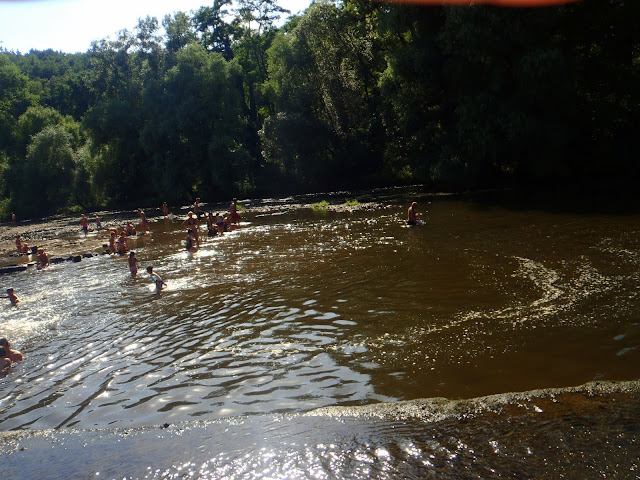 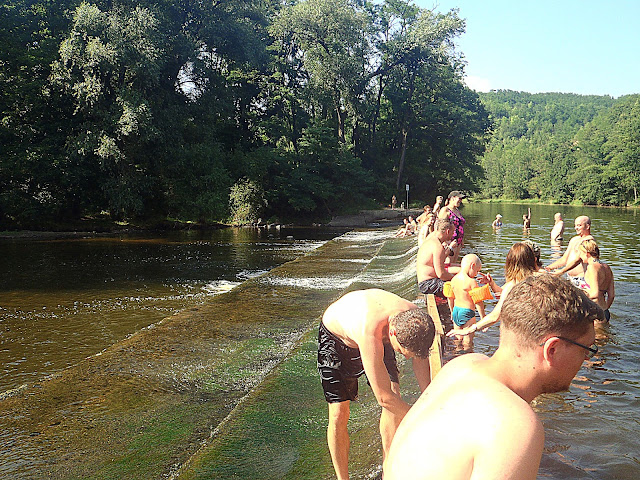 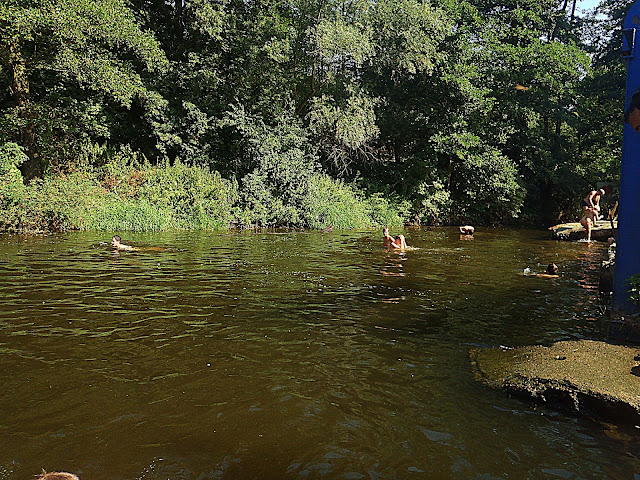 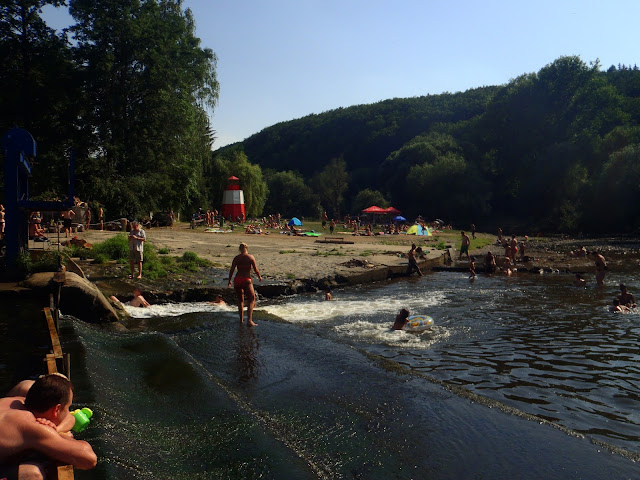 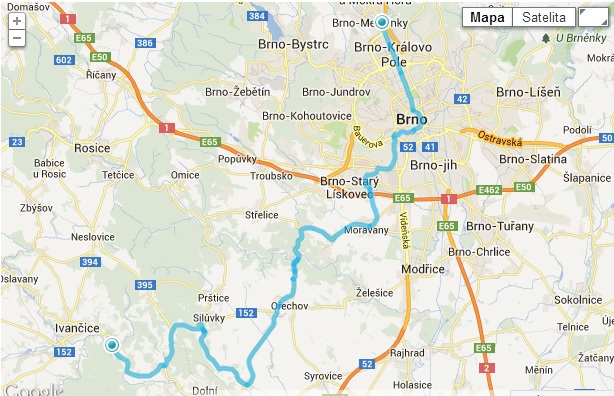 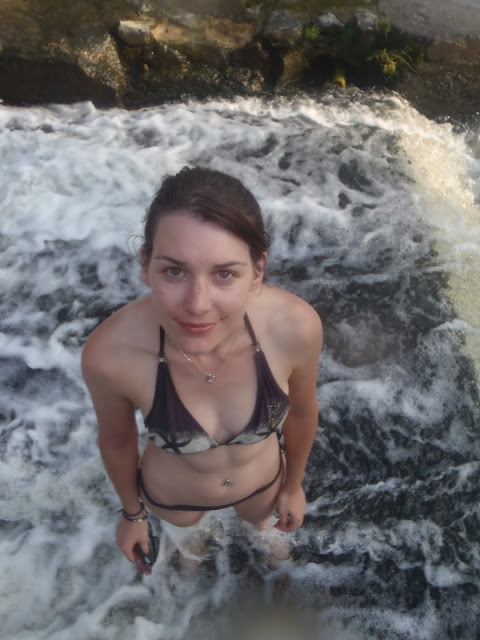 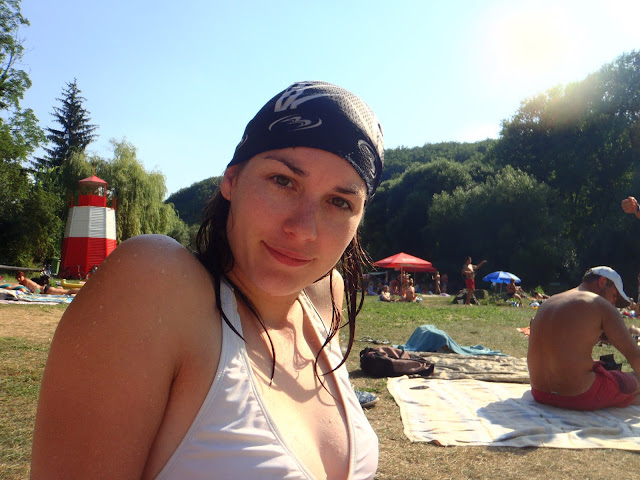