Dalecin, a place to ski

White madness on Easter? Why not?

Thanks to current weather condition it's still possible to spend a weekend in mountains skiing or snowboarding all day long. We took advantage of it last week and went to ski areal Dalecin in Vysocina region, 60 km north  from Brno. We head toward Kurim and Tisnov, then Nedvedice and Bystrice nad Perstejnem. We kept to route 387 and then 357.

There's a motocross race track between Pisecne and Dalecin. Maybe quite an interesting point to visit during summer, especially when some competitions will take place.

We almost missed the ski areal, mainly because the road was marked poorly. I think we also expected more people over there indicating the ski areal. But the season is almost over for most of the people, so we didn't meet many fellows.

There're several things I felt dissatisfied with, among them: parking, food and snow. I think three the most important aspects when choosing a place to ski.

Parking because it was really small for not so little ski centre as Dalecin is.  I counted places for 20 cars at most, so in high peak season I would recommend going there early in the morning.

Food because only powdered soup and cold drinks were served, maybe for somebody it is a proper choice, but I'd prefer homemade goulash or potato soup to warm myself after spending all day outside. I don’t want to speculate here, but maybe because of low turnout the kitchen was closed and they did cook delicious dishes before.

And finally snow, because this time conditions were unfavourable.. Instead of soft snow we encountered frozen little bricks of snow, falls were painful and cold wind blew right into our faces. I couldn't bare it and gave up after 3 rides. I felt like I was riding on rocks being cautious with every move I've made.

Man helping to get on ski lift was extremely difficult to understand, maybe because he was drunk, maybe because of the accent... I’ll never know. One thing I know for sure is that one out of my three rides was free of charge. He let me in off queue. And I definitely don’t consider it as a disadvantage.

Besides some drawbacks, the place looked nice. There're two red and two blue tracks, two of them going through the forest.
Prices were moderate,  one ride cost 12 points during weekends and 10 from Monday to Friday. 100 points equals 100 crowns, Everything can be found on areal's webpage. According to information on the website ski lift can take up to 800 people per hour.

I’d say enjoy winter as long as you can, don’t let the weather depress you. Plan your winter trip again this spring. There’re many places in The Czech Republic with working lifts. Useful website that may help in searching for a perfect place is: http://snowhit.com/ 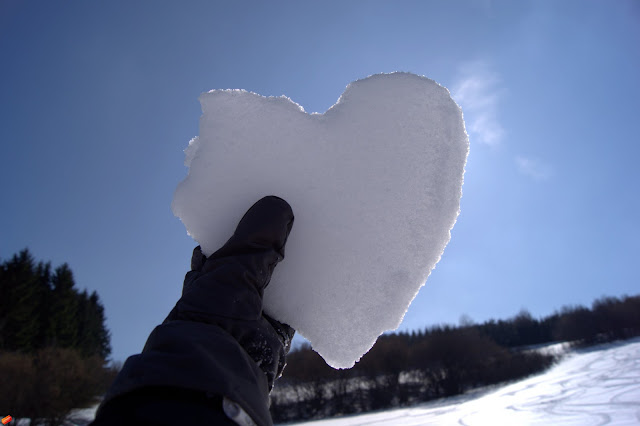 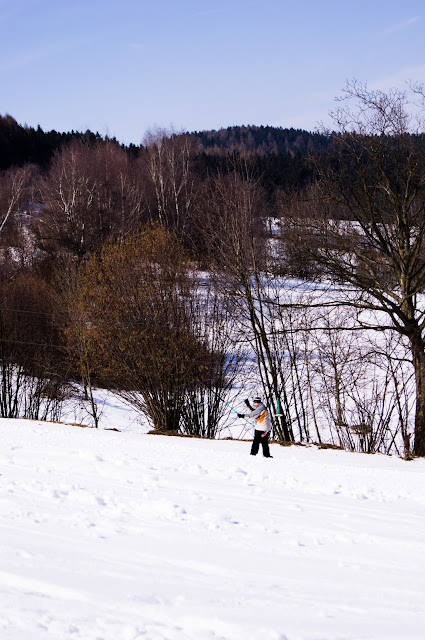 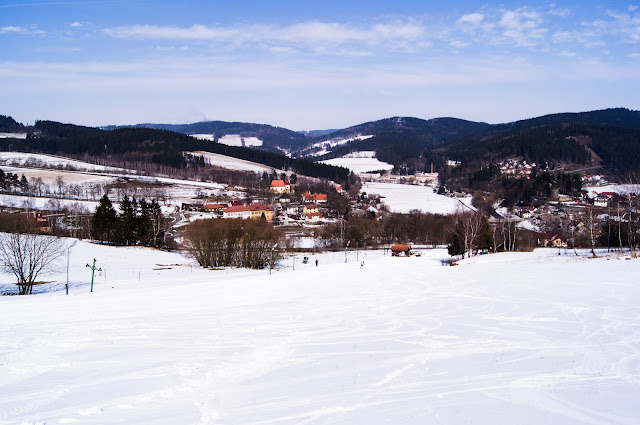 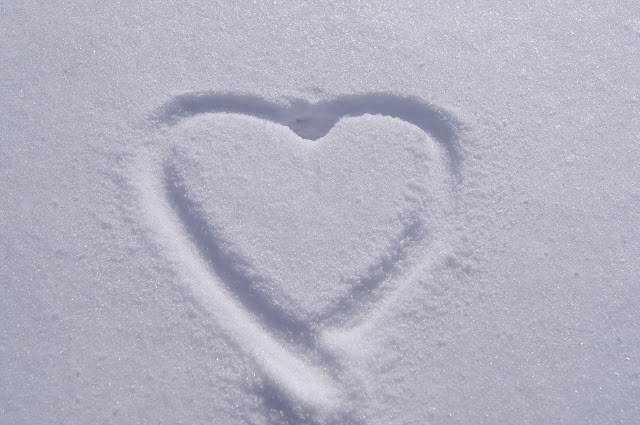 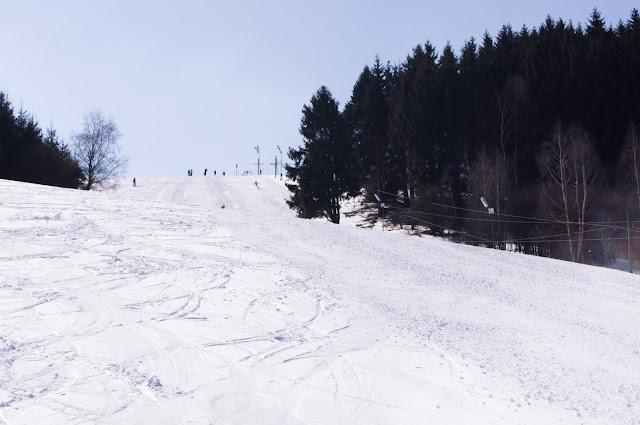 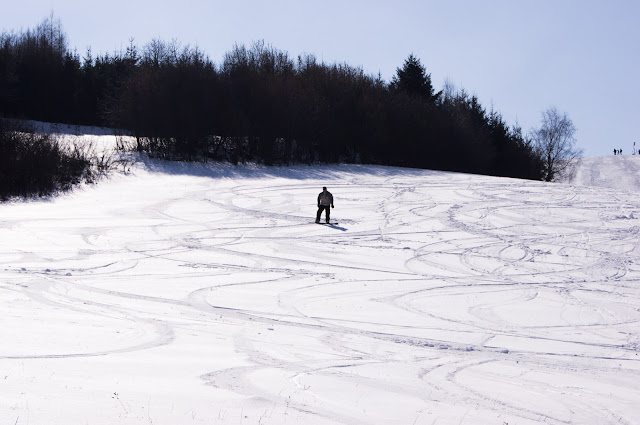 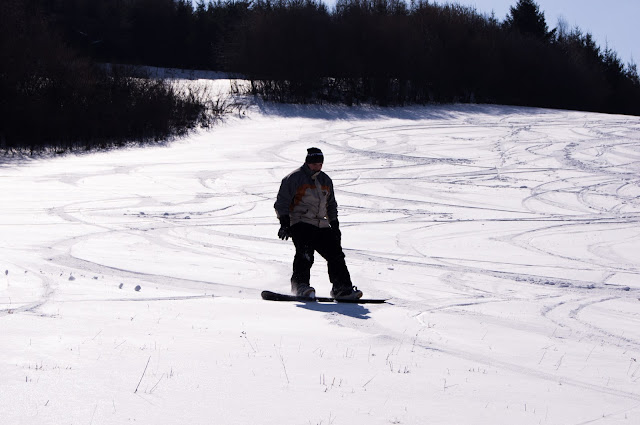 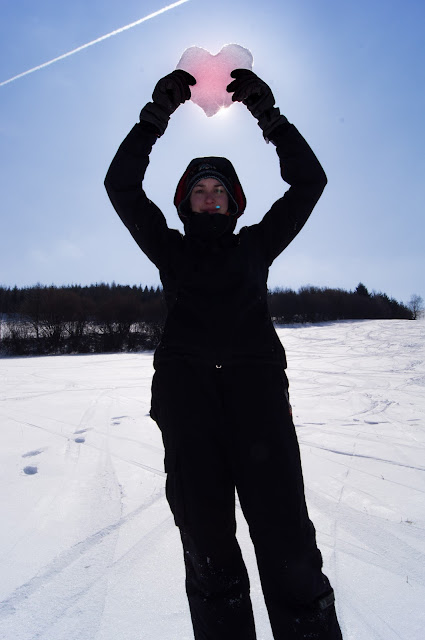 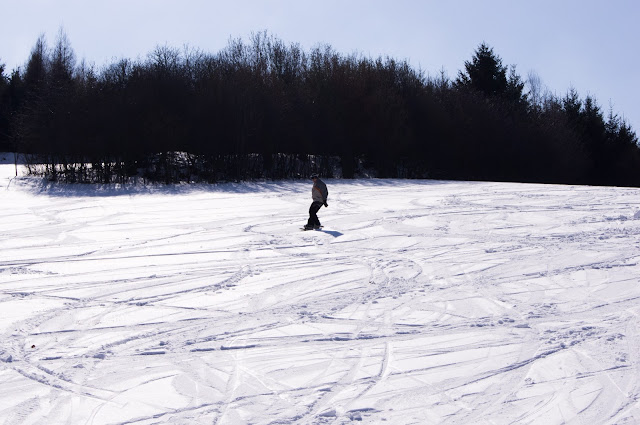 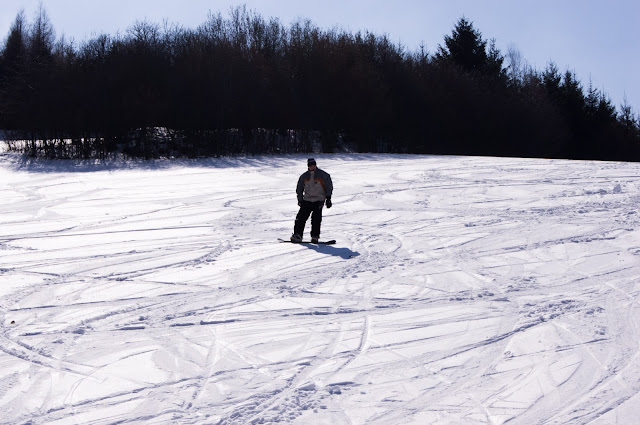