On a hill above Svratka river, between Zabovresky and Starnice spreads a 30 hectares big forest called Wilsonuv les (Wilson’s forest). It was set up by Franz Joseph I in 1882 and named after the 28th American president: Woodrow Wilson in 1918, who supported the establishment of Czechoslovakia.

As we walked by we’ve seen people in all age groups. Young and sturdy joggers, old couples on a walk, grandpas with their dogs or mums with kids. Everyone enjoying Saturday afternoon on their own, but we’ve all probably been in one place: observation platform with a fantastic view on Zabovresky, Komin and Medlanky districts.

While older generations remember the ski slope with artificial turf in Wilson’s forest right under the platform, young folks can only imagine how it could have looked like during the seventies, eighties and nineties. The slope was closed in 1992, however in present days, citizens unfortunately don’t agree to rebuild the slope complaining on a noise and fuss connected with a flow of people and use of snow cannons.

This is not my first visit in Wilsonuv les, but as far as I remember it didn’t look the same back then. The last time I’ve been there few years back all the pathways, benches or bird houses were missing. Now the forest was nicely prepared for visitors.

I’m sure all tennis players will appreciate the fact that tennis courts are in the heart of the forest far from crowd and direct sunlight. Close by there’re also a sports hall and a restaurant serving traditional Czech cuisine. So in case you get hungry after a walk you may go there: Jana Necase street.

How to get to Wilsonuv Les: You can either take tram no.1 from the main station in directions to Bystrc, Ečerova, take off at Brafova tram stop and walk around 500 meters to the closest “entrance” to the hill (map). You can also go from Mendlovo Square with bus no. 35 and take off at Barvicova-the last stop. Another option is to use bus no. 39, which goes from Komenského náměstí to Barvicova as well. It’s also not that far away from Kravi hora to Wilsonuv les.

We on the other hand went by car and parked at Jana Necase street. There’re few public parking spaces for free. On Jana Necase street you can also find a famous Jurkovic’s house, completed by architect Dusan Jurkovic in 1906, who lived there with his family till 1919. Until 2006, when it was administered by Moravian Gallery, the Jurkovic’s house stayed in private hands. The villa together with the garden is kept in English style mixed with folk art. The wooden carved gate also draws attention. Back in early twenty century the house was one of the most modern in Brno, currently it catches the eye with its uniqueness. Thanks to the Norwegian Grant the building was restored and may be viewed publicly. It’s open a year round. According to the official webpage it’s better to book the guided tour prior the visit. All information together with admission prices, current exhibitions and programme may be find here. 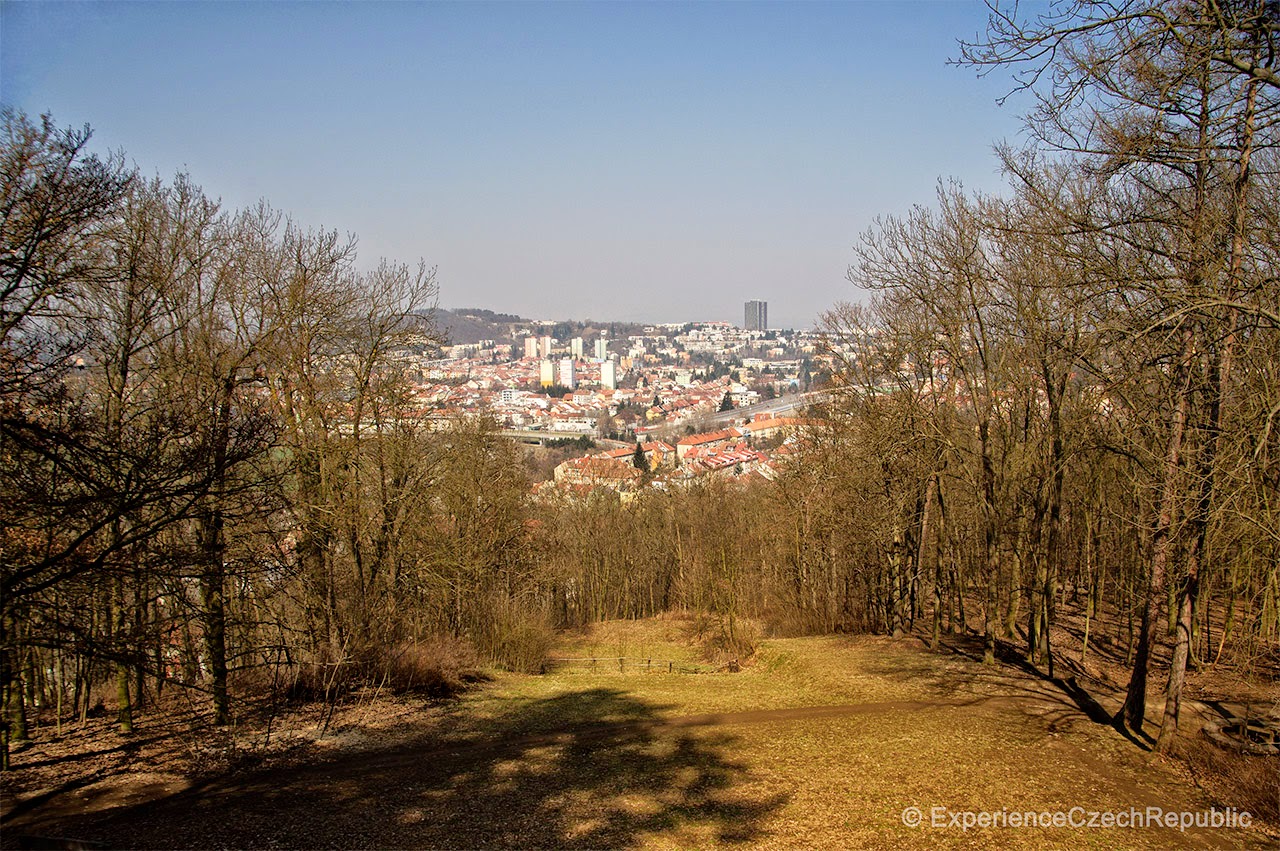 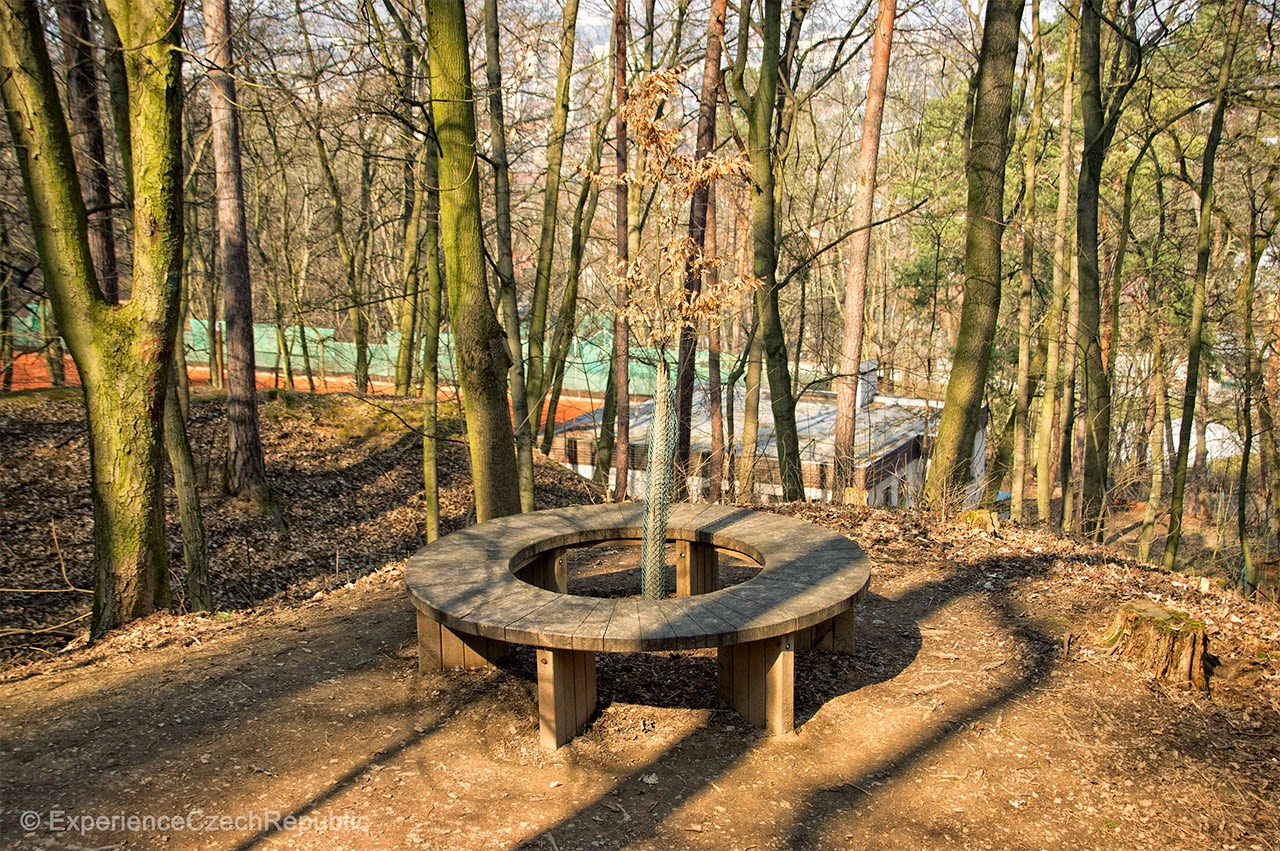 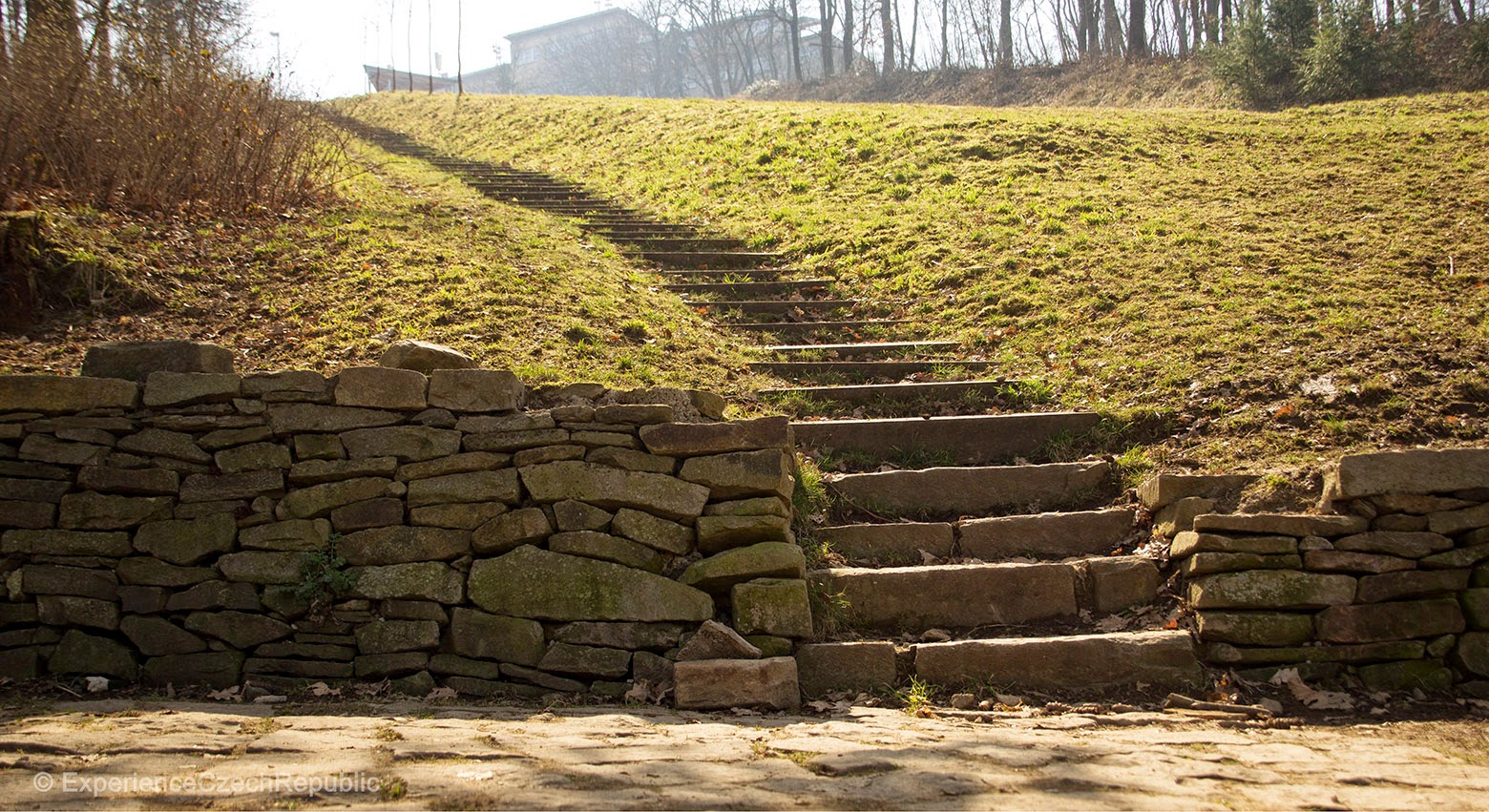 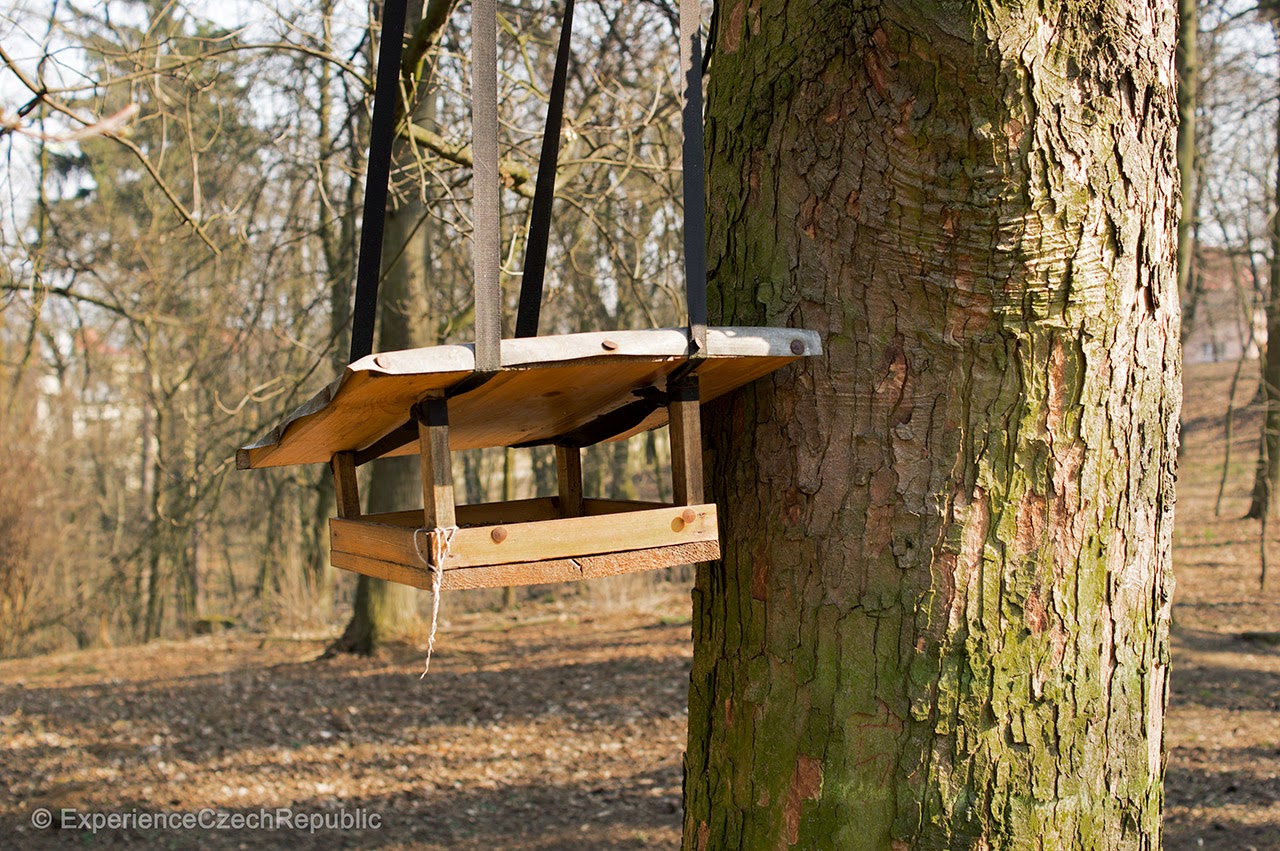 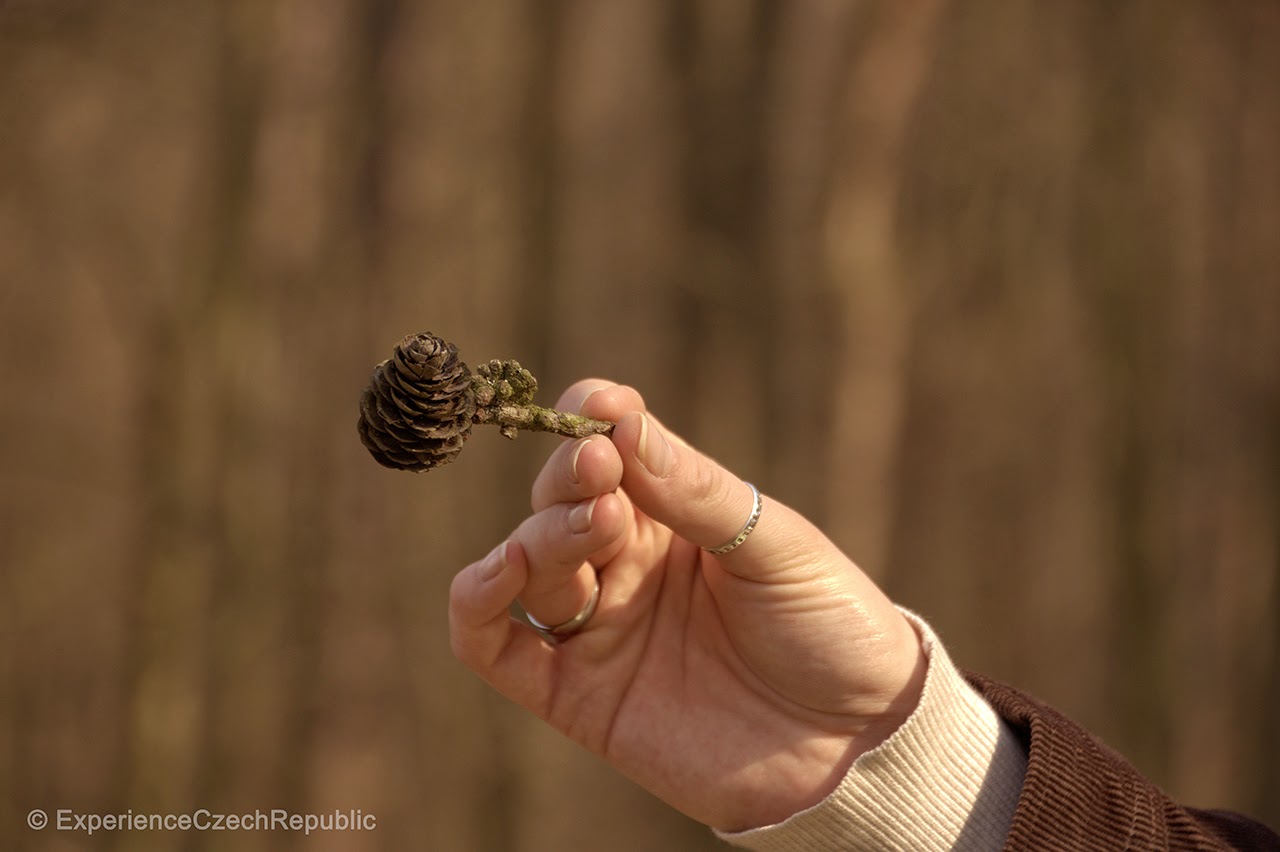 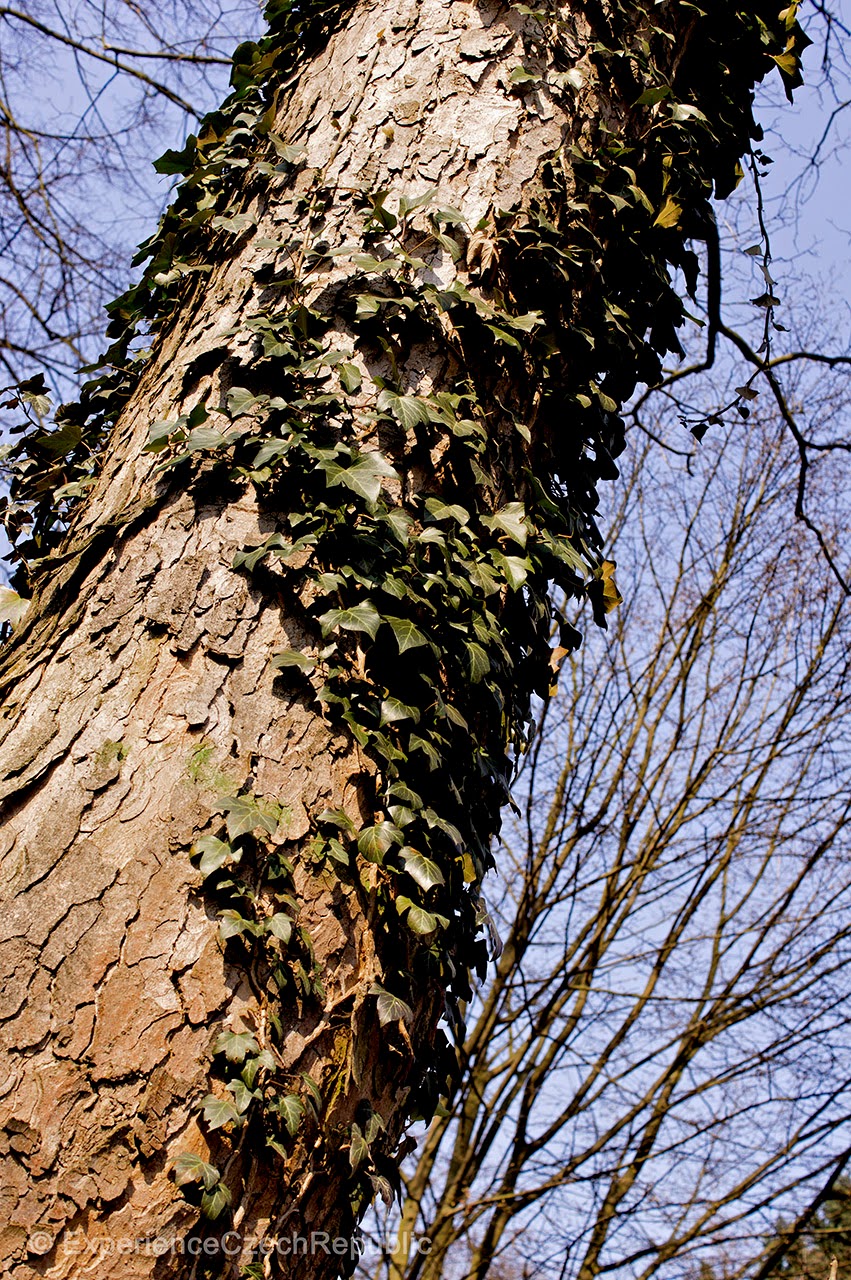 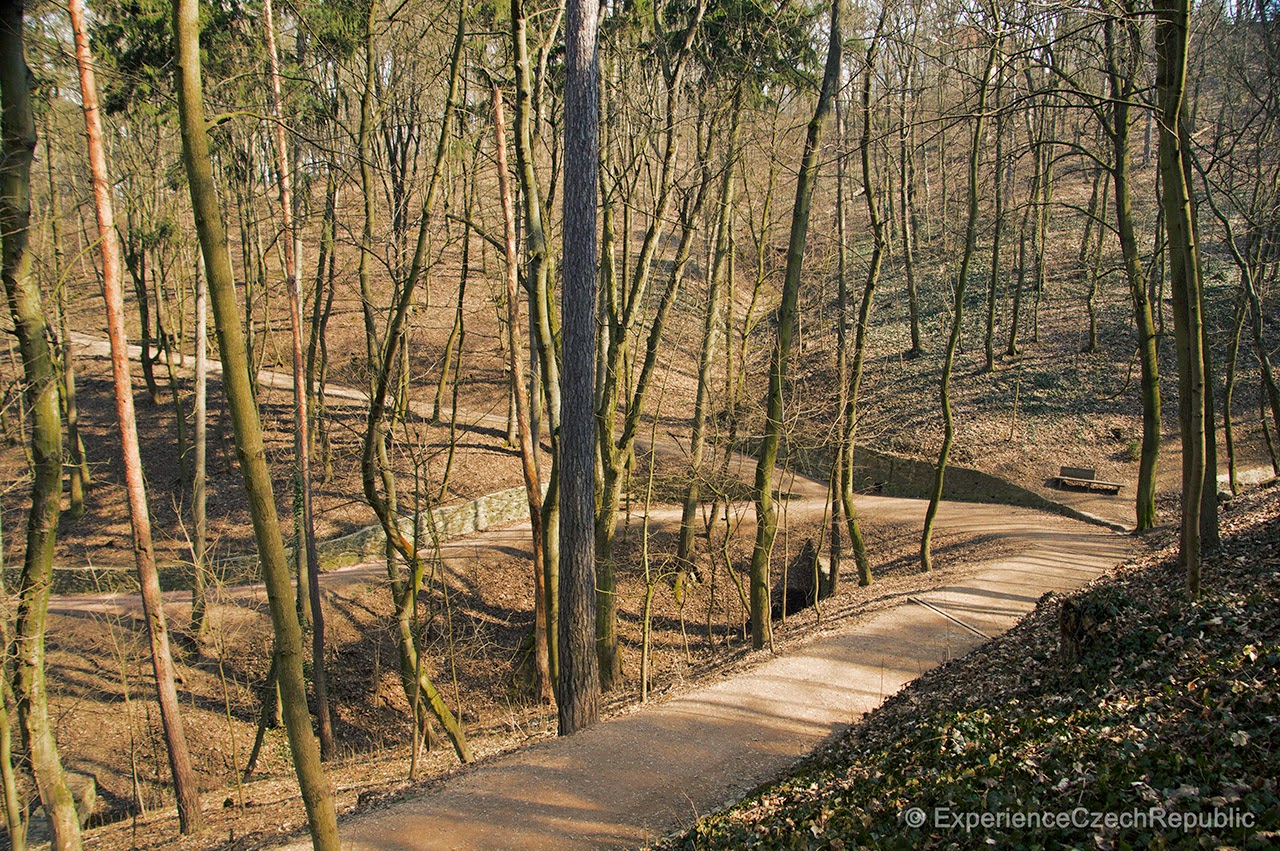 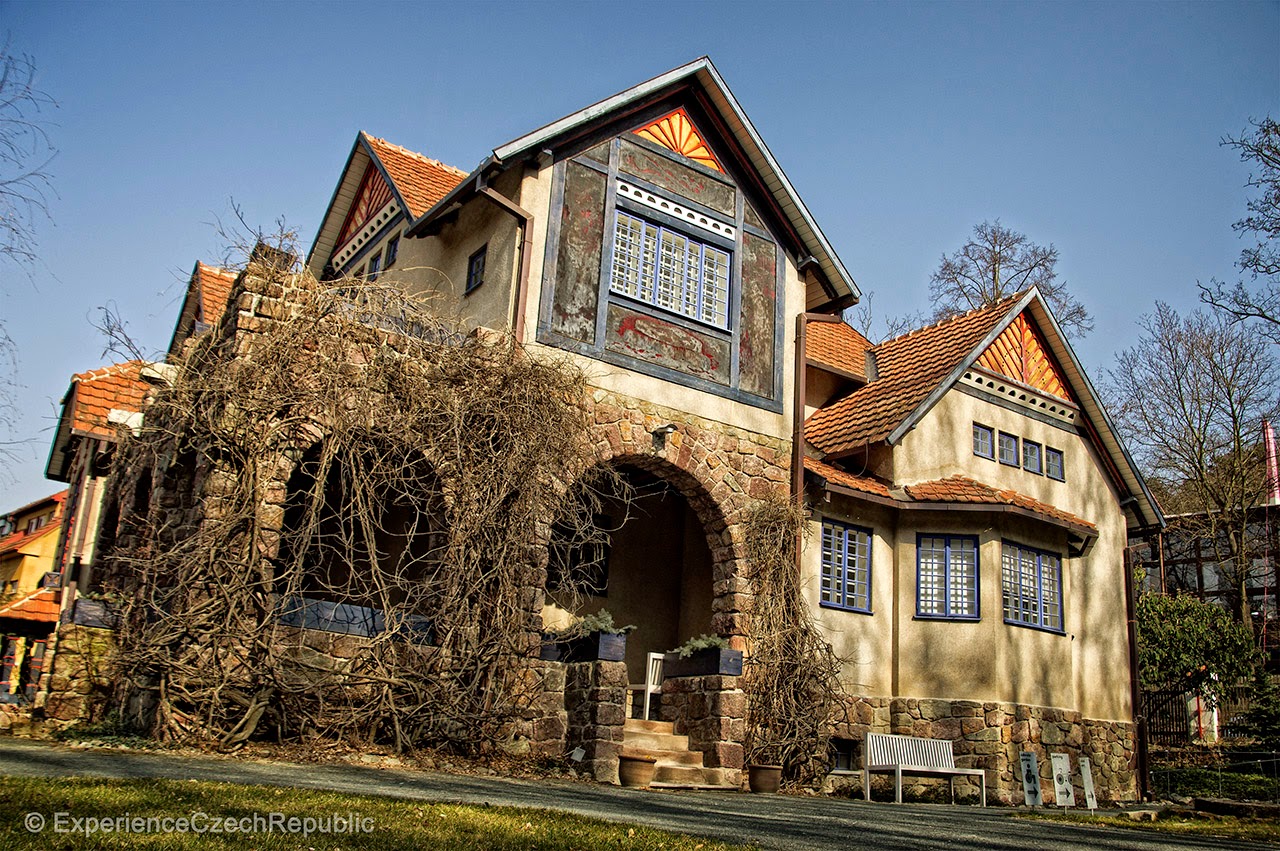 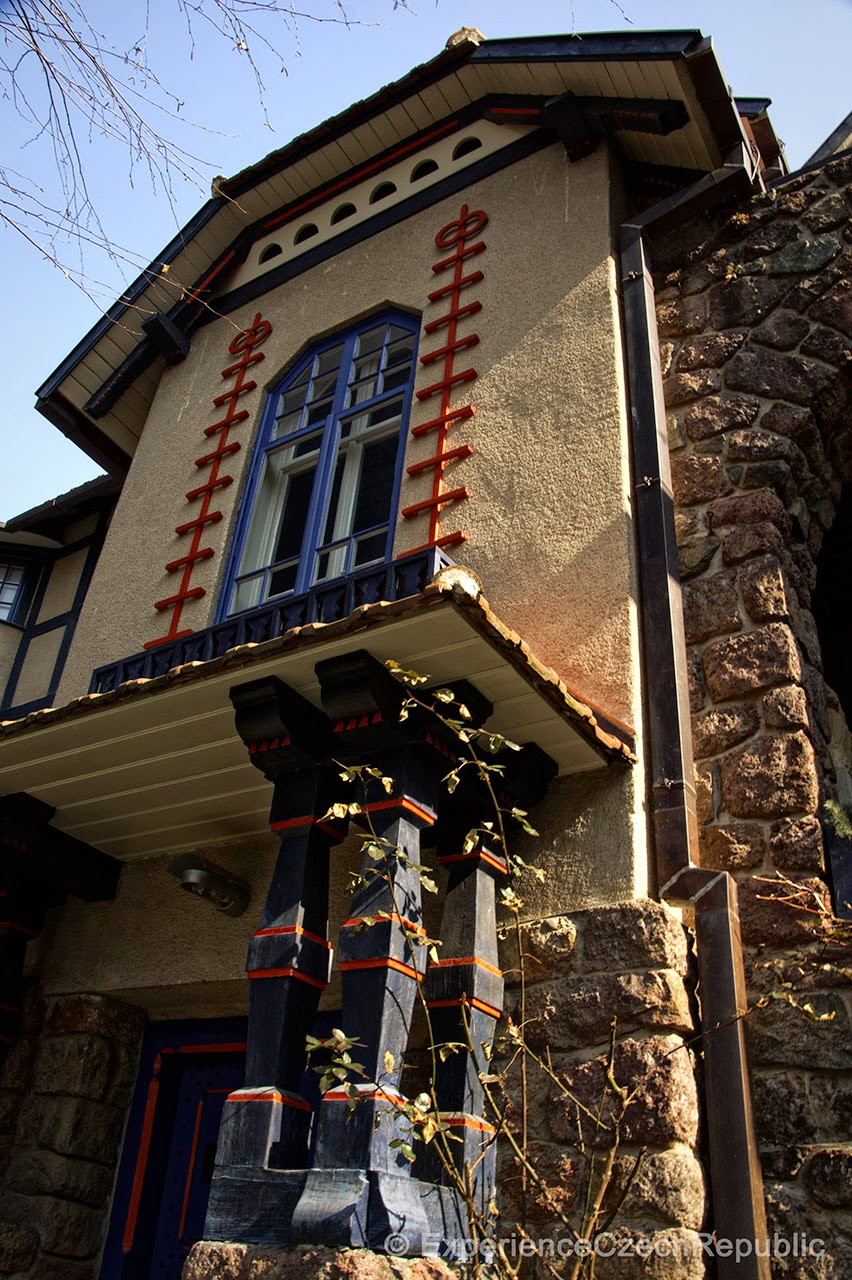 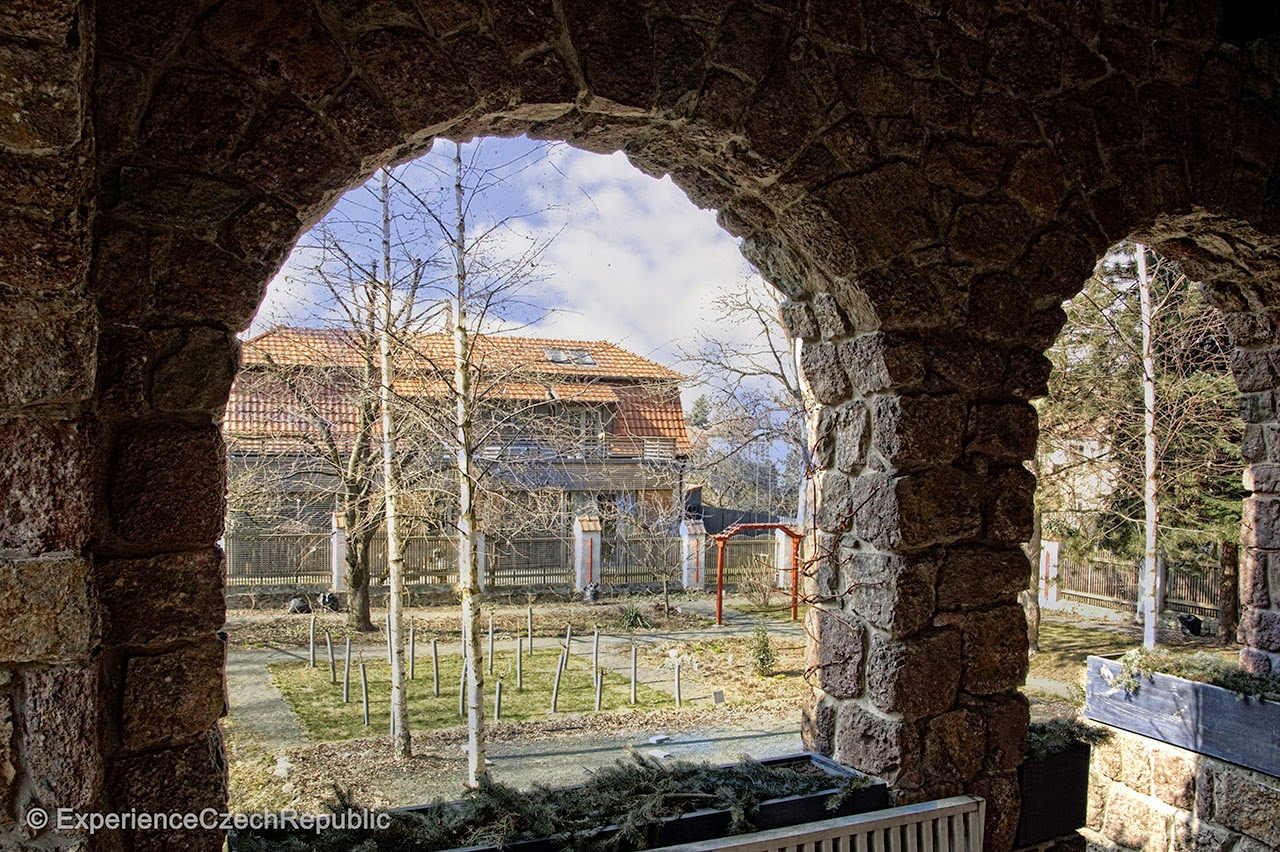 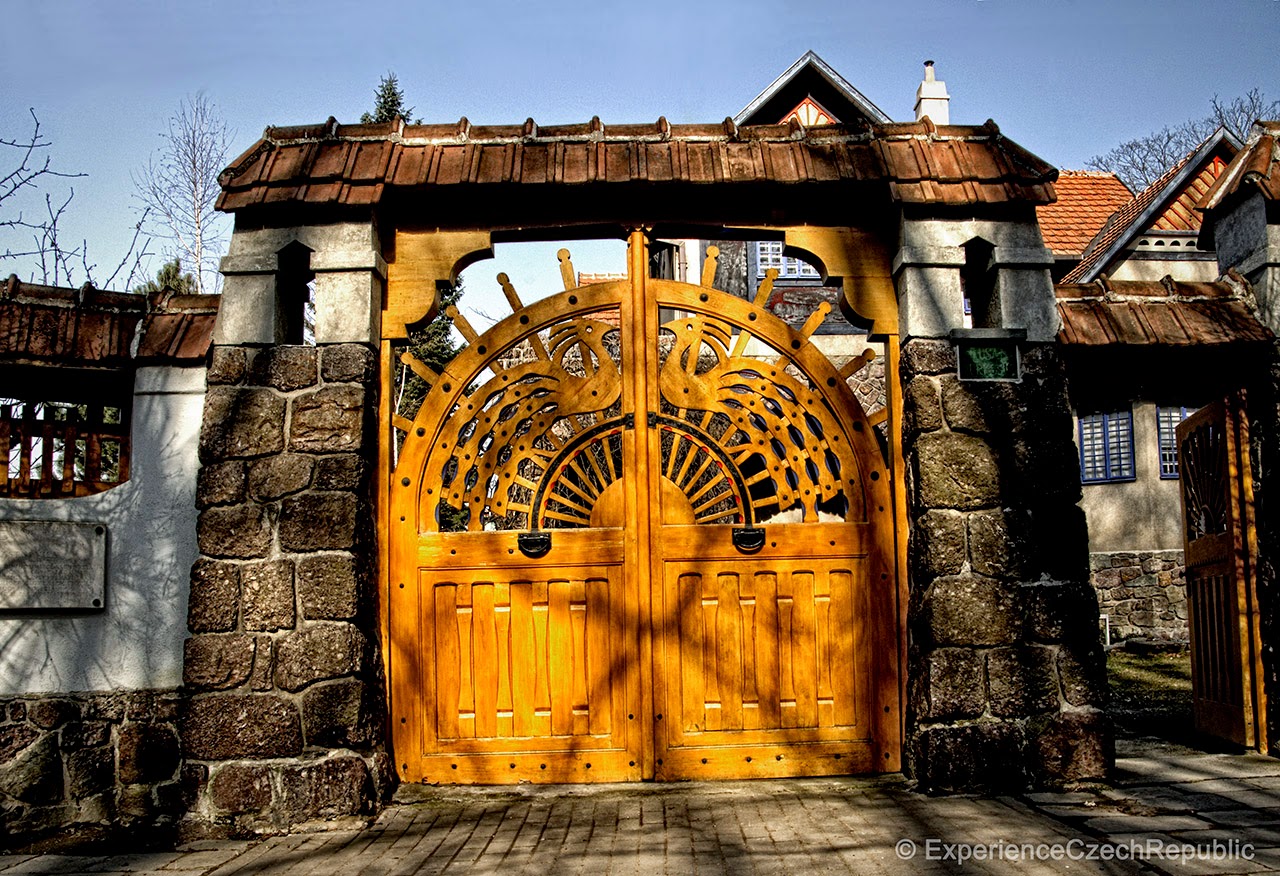 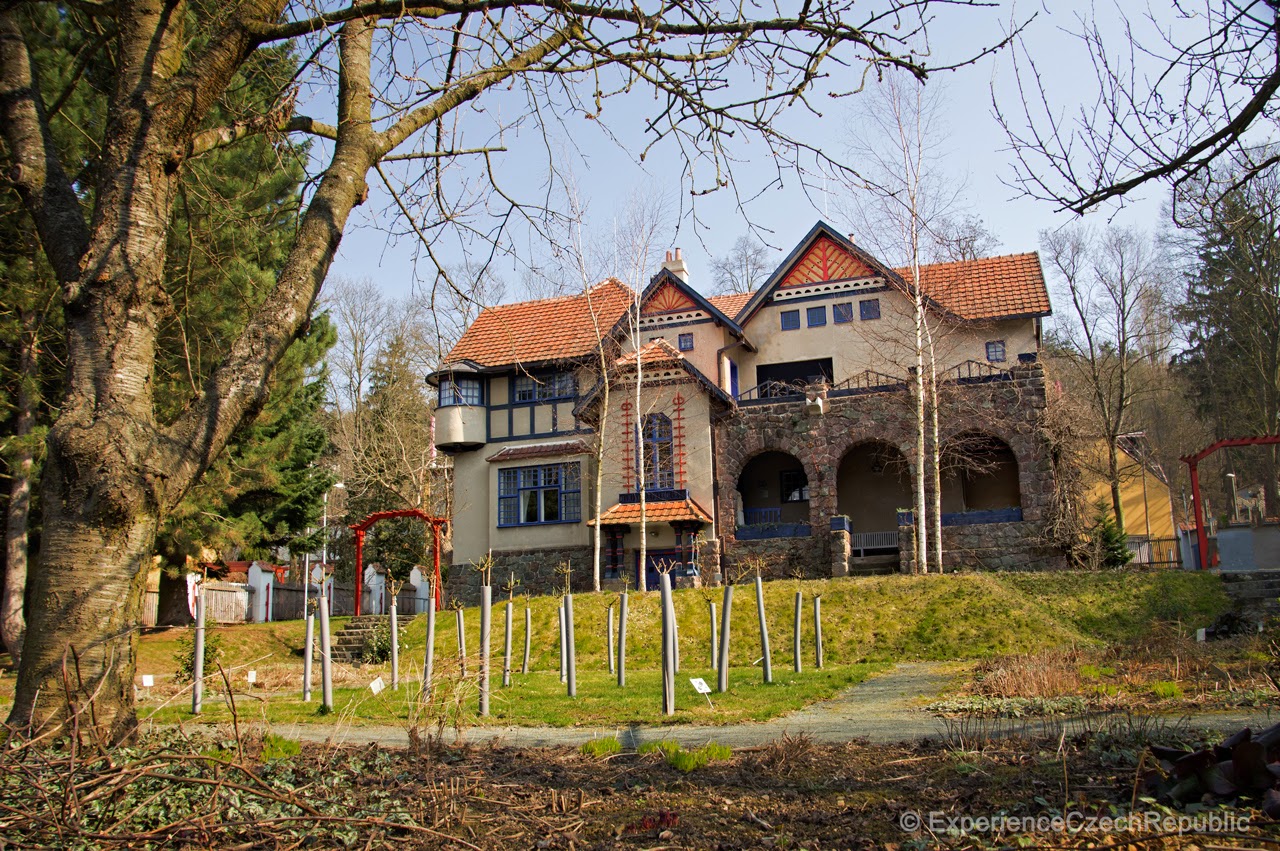 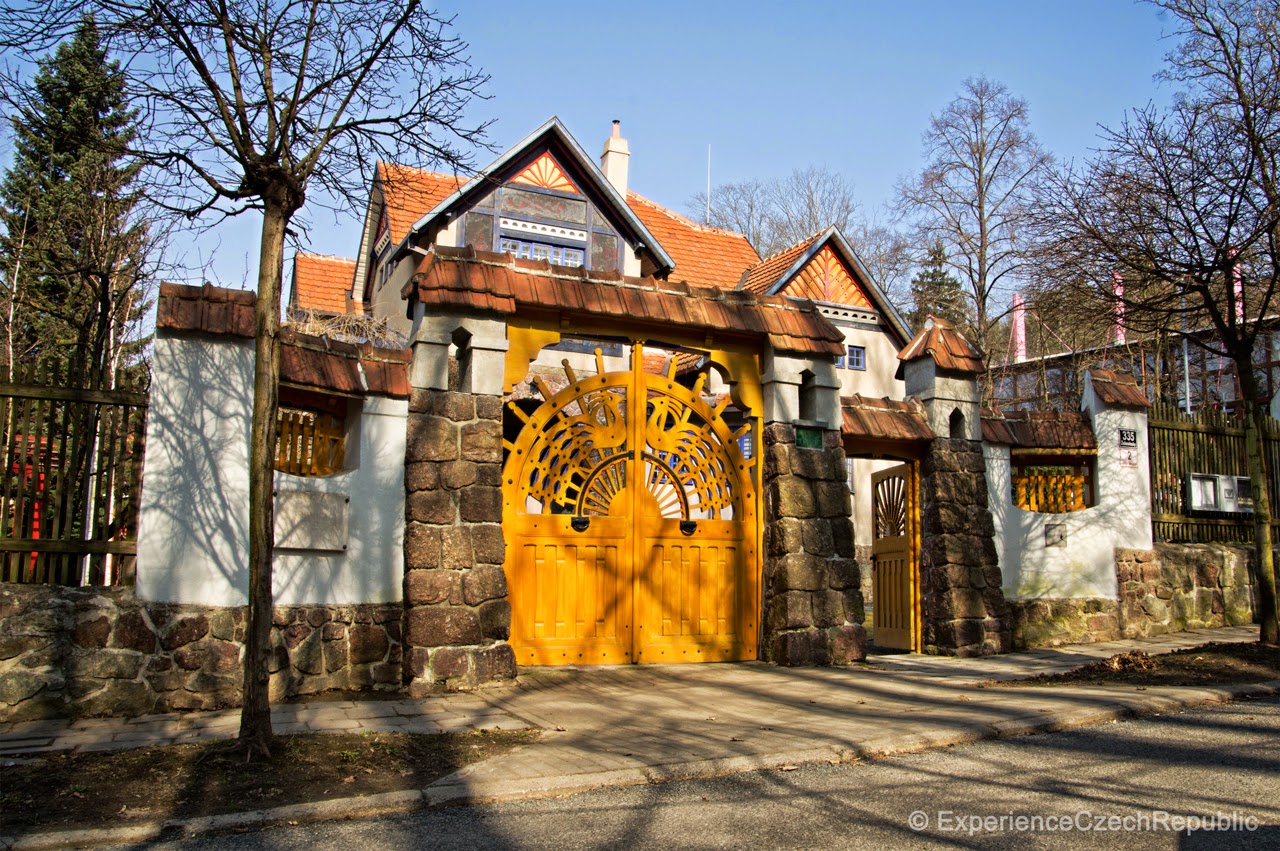