There’re several chateaux and Castles in the Czech Republic opened year round. Among famous Prague Castle, Karlstejn or Rozmberk you can visit alluring Hluboka nad Vltavou Castle, which looks as if made of sand, but its construction is more compact. 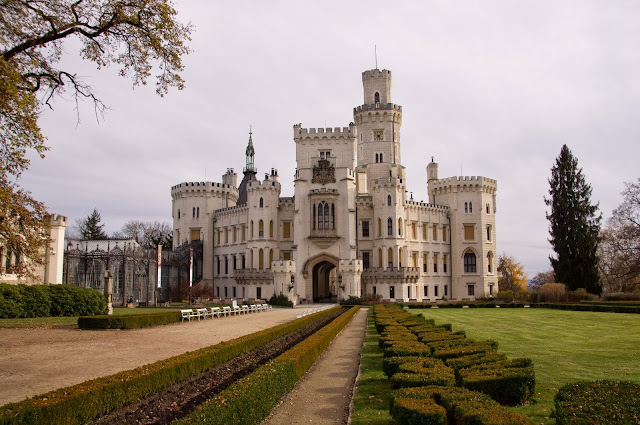 Project from XIX century was patterned on Windsor Castle. Through ages it underwent many reconstructions from a military fortress through Renaissance and Baroque Style to Tudor Gothic. Along with the owners the Castle’s design was changing. For over three centuries Castle was reign by Bohemian rulers, then it belonged to William of Pernstejn, who was also responsible for building fish ponds in South Bohemia. In 1562 the Castle was sold to the Lords of Hradec. When finally in 1661 the Castle was taken over by the Schwarzenbergs, who in XVIII century enlarged and rebuilt the Castle in Baroque style. Eleonora of Liechtenstein together with her husband Johann Adolf II initiated another rebuilding, this time in Neo-Gothic Style. The last Schwarzenberg owner of Hluboka nad Vltavou was Adolf Schwarzenberg. From 1950 Castle belongs to Czechoslovakia (now the Czech Republic) Interestingly, the first mention of the Hluboka Castle dates back to XIII century, however the owner as well as the Castle’s original structure is obscure even today. Inside there’re some pictures of the Castle, showing how it might look like before. 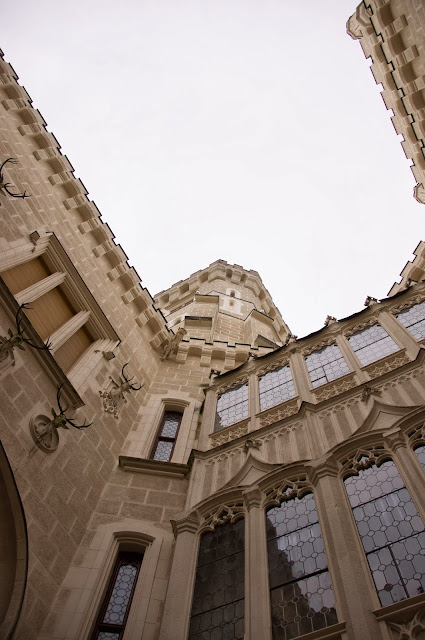 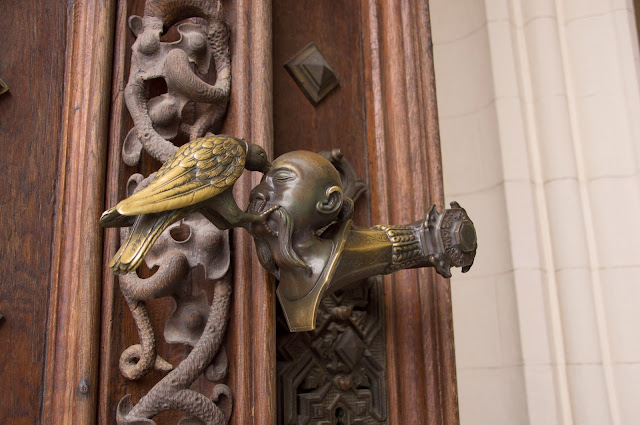 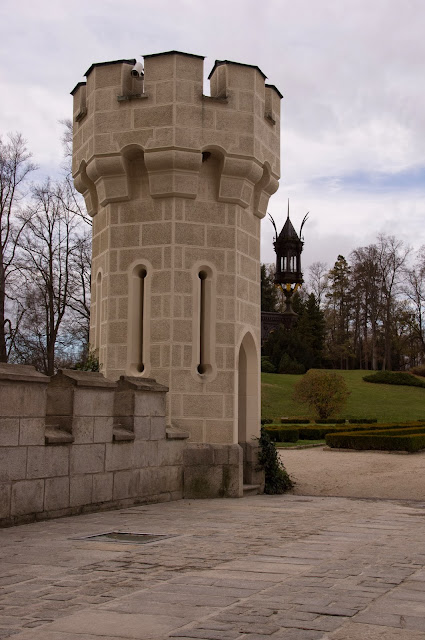 So if snowboarding, skiing or making a snowman is not your cup of tea, try visiting Hluboka nad Vltavou Castle, but beware of Mondays, when it is closed for sightseeing. It’s open from Tuesday to Sunday from 10 o’clock a.m. to 4 o’clock p.m. Winter’s visitor tour valid from November 1st to March 31st costs 140 kc for Czech speakers, 230 kc with a foreign language commentary and 185 kc with audio guide. Reckless would be not to go inside. Interiors are spacious, colourful and full of decorations. Countless fireplaces deserve your attention, some of which are genuine wooden or murmur masterpieces. As well as the meticulously carved mirror frame in the Reading Room.  Each and every room is ornamented with different owner’s portraits. The Large Dining Room decorated with tapestries could take up to 70 people. On the first sight “small” table in the centre could be enlarged. The brightest and biggest hall held the Library, a place, where almost 12 00 volumes in 5 different languages are kept. The last one on our tour was the Armoury with smashing collection of weapon, small arms and fire arms. The tour takes about an hour. 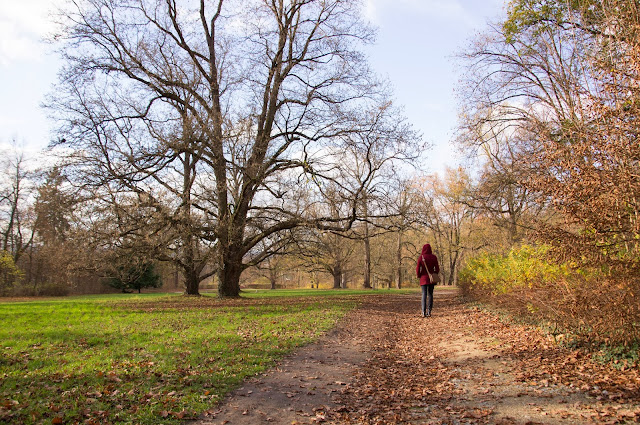 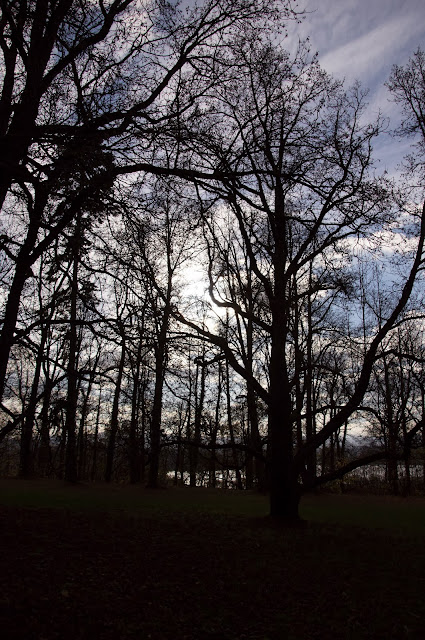 We happened to be there on our last day on a 3 day trip to South Bohemia, which was a pleasant conclusion. The closest city is Ceske Budejovice, remote about 10 kilometres south. It’s only 200 kilometres from Brno, which makes it accessible within 2 hours via car or 5 hours via train (with a stop in Ceske Budejovice). Parking in the city centre is chargeable, however you can find several streets where parking meters are not available, for example Horni street, 28 rijna street (parking by the cemetery is allowed only for an hour)